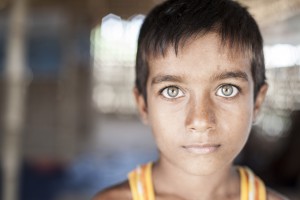 Today an estimated 245 million people live outside their country of origin. While responding to increased work demands for globalized labour markets, international migration poses significant challenges for migrants and their families in terms of social security coverage.  Compared to nationals working their entire lives in one country, migrants face huge challengers in exercising their rights to social security. They may be denied or have limited access to social security coverage in their host country because of their status, nationality, or the insufficient duration of their periods of employment and residence. Their access may further be curtailed due to a lack of awareness of their rights and the State’s obligations. At the same time, they can lose their entitlements to social security benefits in their country of origin due to temporary absence.

The The International Convention on the Protection of the Rights of All Migrant Workers and their Families, 1990 (CMW) regulates the rights of migrant workers and members of their families including the rights to social security (Article 27) and access to services, such as health (Article 28) and education (Article 30). While this convention has been ratified by only 47 (mainly low- and middle-income) countries, this does not exclude migrant workers from the rights detailed in other human rights instruments.

At the domestic level, there have been some landmark decisions extending social security guarantees to migrants. For example, the South African Constitutional Court and the Federal Court of Switzerland have emphasized that the principle of non-discrimination applies in regard to the enjoyment of the right to social security by migrants. In applying the European Social Charter, the European Committee on Social Rights has consistently found national practices that exclude non-nationals – particularly through residency and qualifying period requirements – to violate the rights to social security and social assistance.

Overcoming the difficulties faced by migrant workers and their families with respect to social security coverage is central to the ILO mandate of closing coverage gaps as the highest priority for equitable growth, social cohesion and decent work for all as embedded in the Declaration of Philadelphia (1944) and reaffirmed in Social Protection Floors Recommendation, 2012 (No. 202).  ILO conventions and recommendations recognize and address the specific disadvantages faced by migrant workers in accessing social security; not only in ensuring equality of treatment but also in extending coverage. Consequently, these documents call for increased social security coordination between countries through bilateral and multilateral agreements and ensuring the portability of social security rights (Equality of Treatment [Social Security] Convention, 1962 [No. 118], Maintenance of Social Security Rights Convention, 1982 [No. 157], and accompanying Recommendation No. 167).

The Human Rights-Based Approach to Social Protection for Migrants: tensions and contradictions in practice

The right to social security is enshrined in the International Covenant on Economic, Social and Cultural Rights (ICESCR) as well as other international treaties, and has been upheld by numerous judicial bodies at the national, regional and international levels, both explicitly or implicitly through other rights including civil and political ones, and/or other constitutional and […]

International Convention on the Protection of the Rights of All Migrant Workers and their Families, 1990

Article 27:   1. With respect to social security, migrant workers and members of their families shall enjoy in the State of employment the same treatment granted to nationals in so far as they fulfil the requirements provided for by the applicable legislation of that State and the applicable bilateral and multilateral treaties. The competent […]

Convention No. 157 and its accompanying Recommendation No. 167 specifically address the issue of the maintenance of social security rights of migrant workers and complement Convention No. 118, focusing on equality of treatment and exportability. Unlike Convention No. 118 however, which allows State Parties to choose one or more out of the nine branches, Convention […]

Convention No. 118 addresses the issue of the social security of migrant workers in a global manner. It covers the nine branches of social security and provides that, for each branch accepted under the Convention, a ratifying State undertake to grant equality of treatment to nationals of other ratifying States (and their dependents) with its […]

Protection against Employment Discrimination in the Republic of Korea

In previous observations on the application of the Equality of Treatment (Accident Compensation) Convention, No 19, the Committee of Experts had expressed deep concerns over the situation of more than 2 million migrants working in Thailand. In response to these concerns, the Thai Government argued that the Workmen’s Compensation Act B.E 2537 of 1994 (WCA) […]

Access to social welfare benefits for non-citizens in Switzerland

Summary: The case involved three brothers, originally from what was previously Czechoslovakia (now the Czech Republic), who were denied access to social welfare benefits in Switzerland on account of being illegal residents . The brothers had been living in Switzerland since 1980, but were expelled to Czechoslovakia in 1987 on charges of criminal offences. They […]

Provision of social security for permanent residents in South Africa

Summary: The case was brought before the Constitutional Court of South Africa by Mozambican citizens living in South Africa as permanent residents. The applicants challenged the validity of certain provisions of the Social Assistance Act 59 of 1992 that denied social assistance to foreign nationals. They cited the infringement of the right to equality and […]

Water and sanitation, migration and the 2030 Agenda for Sustainable Development

Key Messages Migration isn’t driven by a lack of water and sanitation services, but providing services can support successful migration. The barriers faced by migrants make achieving the SDGs’ ambitions of universal access more challenging. Challenges stem from failures in governance, not the amount of water available, numbers of migrants or rates of migration. The […]

Energy, migration and the 2030 Agenda for Sustainable Development

Key messages Migration can contribute to improving access to reliable, affordable modern energy services (SDG target 7.1) through higher incomes for migrants and the sending of remittances. The informal or irregular status of many migrants is a barrier to universal access to modern energy services. Migrants in informal settlements and displaced people often experience a […]

Pre-migration and post-migration factors associated with mental health in humanitarian migrants in Australia and the moderation eff ect of post-migration stressors: findings from the first wave data of the BNLA cohort study

Background The process of becoming a humanitarian migrant is potentially damaging to mental health. We examined the association between pre-migration and post-migration potentially traumatic events and stressors and mental health, and assessed the moderating eff ect of post-migration stressors in humanitarian migrants in Australia. Methods In this study, we used the first wave of data […]

Social Protection, Migration and the 2030 Agenda for Sustainable Development

This briefing considers the extent to which international labour migrants are covered by social protection, and the implications this has for the 2030 Agenda for Sustainable Development (2030 Agenda). More specifically, this brief shows that social protection coverage of international labour migrants varies considerably, and outlines how this has a bearing on the achievement of […]

This working paper: (i) examines migrants access to social protection under Bilateral Labour Agreements (BLAs) with a view to providing policy makers with guidelines for extending social protection to migrants and designing better migration policies; (ii) presents the results of a mapping of bilateral and multilateral social security agreements in 120 countries; (iii) reviews legislation […]

Migration Governance and Migrant Rights in the Southern African Development Community (SADC): Attempts at Harmonization in a Disharmonious Region

This paper examines prospects for enhanced regional migration governance and protection of migrants’ rights in the Southern African Development Community (SADC). Migration in this region is substantial in scale and diverse in nature, incorporating economic, political and mixed migration flows. In addition to movements between countries within the region, migrants also come from across the […]

Since the 1970s in particular, the countries of Western Asia and those of the Asia-Pacific region have been closely linked to each other through highly extensive movements of people. Opportunities created by the rapid development of the countries of the Gulf Cooperation Council (GCC), but also other countries in the ESCWA region, have attracted a […]

A Rights-Based, Gender-Equitable Approach to the Regional Governance of Migration: An Elusive or Achievable Prospect?

Various processes have swept over Southeast Asia in the last four decades, producing pressures not only in the economic but also in the political and social milieus. When these processes congealed, transnational social movements (TSMs), which earlier had not paid much attention to the Association of Southeast Asian Nations (ASEAN), began to give it more […]

Handbook on the extension of social security coverage to migrant workers

This handbook provides examples of successful interventions and highlights the benefits to social security systems and society as a whole of meeting the challenge of covering internal and international migrants. Link to this page