Home » Migrants » Judicial Protection of the Right to Social Security 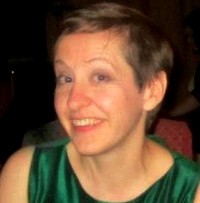 The right to social security is enshrined in the International Covenant on Economic, Social and Cultural Rights (ICESCR) as well as other international treaties, and has been upheld by numerous judicial bodies at the national, regional and international levels, both explicitly or implicitly through other rights including civil and political ones, and/or other constitutional and legal guarantees. This brief commentary outlines some of the key decisions that have strengthened the understanding of the right to social security and protection at national levels that may be of particular interest to development practitioners.

The obligations of the state to ensure minimum essential levels of the right to social security regardless of resources or level of development has been reiterated by the quasi-judicial body monitoring the implementation of the ICESCR, namely the Committee on Economic, Social and Cultural Rights (CESCR), and upheld by several judicial bodies, such as the German Federal Constitutional Court. In 1995, for instance Hungary’s Constitutional Court ruled that the right to social security as contained in Article 70/E of the Constitution obligated the state to secure a minimum livelihood through all of the welfare benefits necessary for the realization of the right to human dignity.1

Several other judicial bodies at regional and national levels have used other rights to affirm the right to minimum levels of social security that prevents destitution. While the European Court of Human Rights has stated that “it cannot substitute itself for the national authorities in assessing or reviewing the level of financial benefits available under a social assistance scheme” it has recognized, in principle, that inadequate benefits could fall under Article 3 of the European Convention on Human Rights (ECHR) on the right to be free from inhuman and degrading treatment.2 In 2005, the UK’s House of Lords used similar reasoning to rule that the denial of assistance to asylum seekers exposed them to the risk of being homeless and without access to food which would be in violation of article 3 of the ECHR.3 This approach however, is more minimal and will only shield persons from extreme destitution, as demonstrated by the Larioshina v. Russia case mentioned above: Despite in principle acknowledging there is a minimum essential level of social security under Article 3 of the ECHR, the Court did not consider that the claimant’s total amount of social security received (653 roubles per month, or approximately 17 pounds sterling4)   insufficient enough, and for this and other reasons considered the case inadmissible.5

Positively several courts have moved beyond using negative indicators such as the denial of assistance or increasing poverty rates to rule violations of minimum essential levels of social security, and have begun to take more proactive measures, ruling that states must do needs-based analysis in ensuring that they provide sufficient benefits. In Germany, the Federal Constitutional Court, among other things used the fact that the amounts provided to asylum seekers had not been comprehensibly calculated, and the lack of a realistic, needs-oriented calculation, to rule that the benefit amount, as specified under Article 3 of the Asylum Seekers Benefit Act, was insufficient and thus unconstitutional. As such it violated the new fundamental right to be guaranteed a dignified minimum existence. This proactive approach has occurred even when there is not an express right to minimum essential levels of social security such as in the UK. In 2014, the UK High Court moved beyond recognizing the importance of food and housing needs to stipulating the importance of ensuring minimum social participation and access to justice. It ruled that the government’s decision to maintain a freeze on the level of support for destitute asylum seekers in the UK does not take into account the real needs of asylum seekers such as the cost of maintaining interpersonal relationships and a minimum level of participation in social, cultural and religious life.6 EWHC 1033 (Admin). As covered in the Free Movement blog by Colin Yeo.] It also noted that the government failed to consider whether the following were essential living needs: travel by public transport to attend appointments with legal advisors, where this is not covered by legal aid; telephone calls to maintain contact with families and legal representatives, and for necessary communication to progress their asylum claims, such as with legal representatives, witnesses and others who may be able to assist with obtaining evidence in relation to the claim; and writing materials where necessary for communication and for the education of children.7

Non-discrimination means that those in need must be formally entitled to and able to access social security sufficient enough to allow a life in dignity. This includes ensuring that any conditionalities imposed can easily be met by beneficiaries. While in practice many states have been reluctant to extend eligibility to non-residents and often have made special arrangements for migrants, refugees and asylum seekers, through several national courts some progress is being made. These approaches, however, rather than affirming the principle of non-discrimination, primarily relate to ensuring access to minimum essential levels of social security and preventing destitution. The few cases explicitly using a non-discrimination approach tend to focus on eligibility and direct discrimination rather than accessibility and indirect discrimination.

In 1996, the Swiss Federal Court ruled that three Czechs illegally residing in Switzerland are entitled to social benefit in order to have a minimal level of subsistence for a life in dignity to prevent a situation where people “are reduced to beggars, a condition unworthy of being called human.”8 In a similar case, the House of Lords in the UK used the relationship the right to social security has with other rights, rather than affirming the principle of universality and non-discrimination, when it ruled that the section 55 of the Nationality, Immigration and Asylum Act 2002 enabling the Secretary of State to withhold assistance from certain groups of asylum seekers that were not allowed to work in the UK was incompatible with Article 3 of the ECHR.9 The House of Lords found that the individuals, without assistance, would be reduced to living in conditions that amount to “inhuman and degrading treatment.”10

More progressively, in 2012 the German Federal Constitutional Court used the principle of non-discrimination to declare that the 1993 Asylum Seekers Benefit Act was unconstitutional for providing different amounts of benefit to residents and non-residents. It ruled that the fundamental right to a guaranteed minimum existence applied equally to German and foreign nationals living in Germany.11 As the international non-governmental human rights organization FIAN notes, the Court explicitly prohibits “general differentiation of benefits based on residence status: Differentiation is only permitted when the vital requirements of one group are significantly different from those of others and when the actual requirements of that group can be evidenced in a transparent way.”12

While there are even fewer cases covering indirect discrimination regarding the right to social security,—that is, where people are unable to access their social security despite being entitled—several cases concerning other rights can be used to clarify states’ obligations in this regard. In the often-quoted Eldridge v. British Columbia case, the Supreme Court of Canada ruled that in compliance with the right to equality, which obligates government actors to allocate resources to ensure that disadvantaged groups can take full advantage of public benefits, interpreters must be provided to help the deaf secure access to health care.13 2 S.C.R. 624.]

Many states have been accused of taking retrogressive measures, particularly in this age of austerity, by decreasing budget allocations for social security and reducing the amount provided and/or the number of people eligible in an effort to reduce national debts.14 Yet, according to human rights law, social security regimes must be sustainable in the long term, reflecting the human need for predictability and security. This has been frequently reiterated by the Special Rapporteur on human rights and extreme poverty and the CESCR. Albeit implicitly this has also been affirmed by judicial bodies at the national level. In its judgment on the unconstitutionality of the government’s decision to lower state pensions following an alleged reduction in available resources, the Latvian Constitutional Court amongst other things considered “The principle of protection of legitimate expectations”, and upheld the rights of persons to plan with confidence their future in the context of the rights granted by this legal provision. While also acknowledging that some changes might have to be made given the country’s financial situation, it also considered that the state amongst other things had not exhausted alternative possible sources of funding or less restrictive means.

While there is a still long way to go, in particular regarding questions of accessibility and the role of conditionalities, the growing jurisprudence is providing more content to the right to social security and therefore greater guidance to policy makers and development practitioners.
ABOUT THE AUTHOR

Alison Graham is a freelance consultant in human rights law, particularly specializing in poverty issues and economic, social and cultural rights. She has worked for a number of human rights organizations, including OHCHR, the International Service for Human Rights and the Office of the Independent Expert (now Special Rapporteur) on human rights and extreme poverty, for over 15 years in both field and headquarter locations. She is experienced in researching and drafting reports, identifying and mapping trends, conducting rights-based analysis and formulating policy responses, particularly regarding economic and social rights. She is currently pursuing her PhD examining states’ obligations to implement the right to social security during financial crises.

This article reflects the views of the author(s) and does not necessarily represent those of the United Nations Research Institute for Social Development.