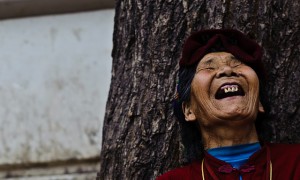 States are obligated to take appropriate measures which consider the vulnerability of older people. Within a rights-based framework, means establishing social security schemes that provide benefits without discrimination of any kind and ensure equal rights for men and women. Today, large proportions of the population work outside the formal employment sector and traditional informal support systems for older people are changing under the pressure of increased longevity, widespread poverty, the impact of HIV/AIDS and migration. Contributory pension schemes (e.g. employment-based pensions) do not reach all older persons. Therefore, States must recognize that social pensions are critical elements for the progressive realization of the right to social security for older people. Non-contributory pensions can significantly reduce poverty and vulnerability among old people, in particular for women, who live longer and are less likely to benefit from contributory systems.

Throughout the world, more people are working later in life. Between 2000 and 2017, the employment-to-population ratio at ages 60 to 64 increased 15 percentage points among the 36 mostly high-income nations that make up the Organisation for Economic Co-operation and Development (OECD). Employment rates for this age group increased 38 points in Germany, 30 […]

“Without my pension I would be dead for a long time”: social protection for older persons affected by HIV/AIDS

In the past 15 years, evidence has emerged on the role of social protection in mitigating older people’s vulnerability to the HIV/AIDS pandemic in sub-Saharan Africa. In particular, evidence on older people as carers of orphaned grandchildren revealed their extraordinary commitment for their families, as well as their severe vulnerability, and highlighted the lack of […]

Over the past 30 years, the number of older people in low and middle income countries (LMICs) receiving a pension has grown rapidly. New national schemes have been established or extended and numerous pilot programmes set up, often with international support. The value of these pensions is not always substantial (although in countries such as […]

Article 17: The Right to Social Security All older persons have the right to social security to protect them so that they can live in dignity. State Parties shall progressively promote, within available resources, the provision of income to ensure a dignified life for older persons through social security systems and other flexible social protection […]

Relevant articles Article 26: Article 9 of the Covenant provides generally that States parties “recognize the right of everyone to social security”, without specifying the type or level of protection to be guaranteed. However, the term “social security” implicitly covers all the risks involved in the loss of means of subsistence for reasons beyond a […]

Adoption of principles of collective financing and social solidarity in Bolivia

In 2010 Bolivia adopted a new constitution that established a new hierarchy of legal standards by giving precedence of international instruments ratified by state over national laws. In the spirit of harmonizing existing law to the new Constitution, the State and the Bolivian Workers’ Federation (COB) signed a framework agreement for the reform of Bolivian […]

Reduction of pensions for condemned prisoners in Azerbaijan

The Court was requested to examine whether Article 109 para. 1 of the Law of Azerbaijan Republic On Pension Maintenance of Citizens, allowing an 80 per cent reduction of pensions for entitled persons who are incarcerated, was inconsistent with the right to social protection, contained in Article 38 of the Constitution of Azerbaijan. According to […]

Gender-based discrimination of benefits for pensioners

Special protection in pension programmes for women in South Africa

Summary: Four male applicants, above the age of 60 but below 65, mounted a constitutional challenge to Section 10 of South Africa’s Social Assistance Act 13 of 2004 and the relevant Regulations, which set the age for accessing an old age grant at 60 for women and 65 for men. The four men contested the […]

Older Women’s Economic Empowerment: A review of the literature

Women’s economic empowerment has gained increasing attention within the global development agenda in recent years, bolstered by the adoption of a range of relevant targets within the Sustainable Development Goals (SDGs) in 2015. Yet the specific experiences of older women often remain underexplored and unrecognised, leaving them invisible to policy-makers. This research aims to redress […]

Women’s economic empowerment has gained increasing attention within the global development agenda in recent years, bolstered by the adoption of a range of relevant targets within the Sustainable Development Goals (SDGs) in 2015. Yet the specific experiences of older women often remain underexplored and unrecognised, leaving them invisible to policy-makers. This research aims to redress […]

This policy paper: (i) provides a global overview of the organization of pension systems and their contribution to the Sustainable Development Goals (SDG); (ii) monitors SDG indicator 1.3.1 for older persons, analyses trends and recent policies in 192 countries, including the extension of legal and effective coverage in a large number of low- and middle-income […]

Pensions are the most widespread form of social protection in the world. SDG 1.3 monitors progress towards universal coverage. The main objective of pension systems is to prevent poverty and provide income security to older women and men. Reforms must balance pension adequacy and financial sustainability. This pension primer provides key learning materials on pension […]

The role and vulnerabilities of older people in drought in East Africa Progress, challenges and opportunities for a more inclusive humanitarian response

Whilst older people have special needs, they also have unique skills, experiences and roles within their families, communities and societies. These roles continue to a certain extent during droughts, though household burdens may increase as younger adults have migrated or are grazing livestock further away. At the same time, droughts tend to increase older people’s vulnerabilities: […]

Impact of the economic crisis on the health of older persons in Spain: research clues based on an analysis of mortality. SESPAS report 2014

Older adults are seldom considered in studies on the health impact of economic recessions or crises. However, they constitute a population group that is highly vulnerable to decreases in investment in health and social services and social security. Our aim is to examine the relationship between the economic crisis starting in 2008 and the health […]

This document provides a world comparative analysis regarding the design and reform of pension systems in order to improve coverage, equality and sustainability. It looks at how pension systems, rules and financing affect coverage, sufficiency, and distribution as well as fiscal and intergenerational sustainability and equality.

Population ageing is a global reality. So is the fact that, as people age, they tend to require greater care and assistance in activities related to daily living. Nevertheless, current debates about long-term care for older persons are remarkably narrow. First, long-term care is yet to be recognized as a burning policy issue in low- […]

Social Pensions and their Contribution to Economic Growth

Old age pensions are usually viewed as a cost to the state and, despite their significant impacts on the wellbeing of older persons, it is rare for them to be understood as investments in economic growth. Yet, there is good evidence that an inclusive old age pension should be a core element of any country’s […]