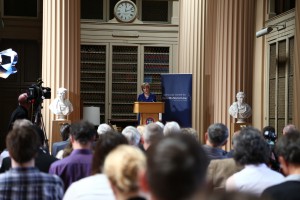 Despite several countries have been able to extend social protection coverage, the right to social protection remains still unfulfilled for a large part of the population. Several States have not included yet this right into their national legal framework and are not responsible for its realization.  Where instead the realization of social protection as a fundamental human right has occurred, States have been strengthening their responsibility in adopting a long term strategy ensuring that every individual, without discrimination, receives, at the very least, a minimum level of social protection coverage. However, to guarantee the efficient and effective functioning of a social protection programs, in addition to the State’s commitment, governance should be strengthened. Social protection programs ruled with good governance, by benefiting of accountability and active participation of the stakeholders, transparency of operations and viable access to information, have reported successful results.