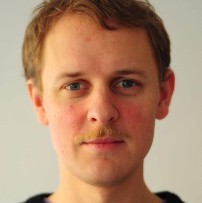 Access to adequate social protection in old age remains a luxury limited to a minority of people globally, with just one in five older people in low- and middle-income countries receiving even a basic pension. This huge gap is symptomatic of the wider failure of social protection systems as a whole to guarantee the right to social security, which constitutes a fundamental barrier to tackling pervasive poverty and growing inequality across the globe. Encouragingly, recent years have seen some positive developments in expansion of old age social protection, particularly in the introduction and extension of non-contributory (or “social”) pensions. As the landscape begins to change, a human rights analysis can help to unpack the remaining barriers and consider how these can be overcome.

We at HelpAge International believe that in order to achieve the right to social security, all people should have access to a pension in old age that is sufficient to ensure they can live in dignity. We take this position for a number of reasons including the unique role of pensions in maintaining autonomy and dignity as people grow older. As mentioned above, the world is very far from this goal: so what are the barriers to getting there? General Comment 19 on the right to social security in Article 9 of the International Covenant on Economic, Social and Cultural Rights sets out five components of accessibility which can help us understand where things are going wrong. These are coverage, eligibility, affordability, participation and information, and physical access.

As it stands, the main barrier to accessing an old age pension is a lack of legal coverage, which is strongly linked to eligibility and affordability. Put simply, most people are not eligible for any kind of pension when they get older. This is not because pension schemes as a whole don’t exist. In fact, virtually every country in the world has some statutory form of pension. Instead, the problem stems from a longstanding assumption that access to an old age pension should be conditional on having made regular contributions from your wages throughout your life. While taking on many different guises and reflecting different political ideologies, this approach has dominated for over a century. Otto von Bismarck arguably started it all off in Germany with the first contributory social insurance schemes of the 1880s introduced as a way to quell the perceived threat of socialism from a growing industrial class. While some regions took an alternative path (such as Scandinavia and Oceania) contributory social insurance came to be the dominant model of social protection, not only in Europe and North America but also in less developed regions. In countries with higher levels of formal employment, these systems tended to cover a large part of the population, and as OECD countries moved towards more universal welfare states in the period following World War Two they generally filled the gaps in coverage with redistribution, subsidies from general taxation and non-contributory add-ons. As a result, while many of these systems remain imperfect, most people in more developed countries can expect to receive a basic income in old age.

The history of less developed countries is, however, distinct. While many had inherited a contributory model, most of these systems remained limited to a small portion of the population in the formal sector who could afford to make contributions. The emergence of the “Washington Consensus” and a push for structural adjustment in the 1980s and 1990s only served to reinforce and often worsen this situation. A number of countries—particularly in Latin America—transformed their social insurance programmes into private systems of individual accounts: essentially a personal pension savings plan. For those without the means to save for an adequate old age pension, this completely closed the door to old age social protection. Particularly disadvantaged by these systems were women, who are much less likely to have made sufficient contributions regularly enough to gain a pension entitlement.

Lessons from the South

Fortunately, the last two decades have witnessed a gradual shift in approach, with more and more countries introducing tax-financed non-contributory pensions. Indeed, of the hundred or so countries that currently have social pensions, half introduced them since 1990, and 32 since 2000. The coverage and adequacy of these schemes varies significantly, but there are numerous examples of countries that have made huge inroads on coverage within a short time. Bolivia, despite being the poorest country in South America with low coverage of the contributory system, has been able to achieve the highest coverage of pensions as a whole with the introduction and expansion of a universal pension for people aged 60 and over since the late 1990s. Countries as varied as China, Ecuador, Lesotho, Nepal, South Africa, Thailand and Timor-Leste have had similar experiences.

These recent developments have demonstrated that increasing access to old age social protection will only be achievable once we unwed ourselves from the assumption that eligibility should be exclusively dependent on payroll contributions. As important as this, it has also shown that even relatively low income countries can afford to start rolling out non-contributory pensions. Costings by HelpAge, for example, showed that most African countries could implement a universal pension for as little as 0.5 per cent of GDP. These are lessons that extend to social protection as a whole and have been a core driver of the growing calls for “social protection floors” that prioritize the extension of coverage of social protection systems.

The expansion of social pensions and wider floors means the focus in many countries is now turning to other questions of accessibility such as participation, information and physical access. Of particular importance when designing and implementing old age pensions is to take account of the significant mobility issues faced by older people. Recently published findings on the Kwa Wazee pension pilot in rural Tanzania found that 40 per cent of beneficiaries were unable to collect the pension themselves due to the long distances they had to travel to paypoints, but also the substantial mobility issues they face. Even of those who did collect the pension, 60 per cent said that walking was “mostly painful”. It is critical that design of registration and payment mechanisms are sensitive to these issues to ensure that growing legal coverage turns into actual coverage. As part of this, there is a strong need to strengthen systems for participation of beneficiaries in programme design and implementation. For example, effective grievance mechanisms are needed that allow recipients to feed back on how a programme is running.

In sum, while there is still a long way to go, the increased number of countries extending tax-financed contributory programmes indicates a promising shift in thinking away from the problematic assumption that social protection should – by definition – be contributory. This shift is essential if pensions and social protection as a whole are to become things that all people can benefit from. In the meantime, as an increasing number of people gain entitlements to an old age pension the discussion needs to move towards issues of ensuring access and accountability. In navigating these complex and contextual issues, a rights-based analysis will be essential.

Charles Knox-Vydmanov is Social Protection Policy Advisor at HelpAge International. His work involves supporting HelpAge programmes and national partners on social protection, evidence gathering and research, and engagement in international processes around social protection. In his six years at HelpAge, Charles has been involved in analysis of old age poverty and the feasibility of social pensions in countries including Bangladesh, Belize, Kenya, Indonesia, Mozambique, Myanmar and Tanzania and undertaken extensive work on costing social pensions and other cash transfers, for example, through a costing of universal pensions in 50 low- and middle-income countries. Charles has led the development of the Pension Watch hub on social pensions which includes a comprehensive database of all social pensions globally.

For more information on old age social protection and social pensions, visit HelpAge’s Pension Watch knowledge hub. The site includes an interactive and downloadable database of all social pensions in the world, a calculator for estimating the cost of a universal pension in your country, and the annual Global AgeWatch Index.