Home » Equality and non-discrimination » Ageing and the Workplace: challenges and opportunities in social protection 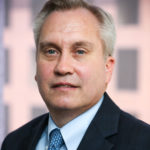 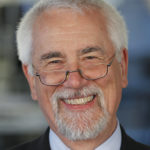 Throughout the world, more people are working later in life. Between 2000 and 2017, the employment-to-population ratio at ages 60 to 64 increased 15 percentage points among the 36 mostly high-income nations that make up the Organisation for Economic Co-operation and Development (OECD). Employment rates for this age group increased 38 points in Germany, 30 points in New Zealand, 15 points in Japan and the United Kingdom, and 9 points in the United States. By contrast, the employment-to-population ratio at ages 15 to 64 increased only 2 percentage points across all OECD countries.

But for most, employment at older ages is precarious. In a recent study, the Urban Institute and ProPublica tracked a nationally representative sample of more than 2,000 workers in the United States from their early 50s through age 65 and beyond. We found that more than half of these workers were laid off or left jobs under such financially damaging circumstances it is likely that they were pushed out rather than choosing to leave their jobs voluntarily. These departures resulted in a 50 percent or more drop in their hourly wage or in unemployment that lasted at least two years.

Only 1 in 10 of these workers ever again earned as much as they did before their employment setbacks. Years later, more than half had household incomes that were substantially below those of workers who didn’t experience such work disruptions.

Longer working lives are in the interest of both governments and families. With life expectancy increasing and birth rates stagnant or falling in most of the world, populations are ageing in most nations, reducing the number of workers available to support each retiree unless work patterns change. This growing imbalance could force governments to raise taxes, cut pension benefits to retirees or limit other important government services. Older people may need to work longer to ease the fiscal pressures of an ageing population, leading them to pay more taxes and collect public old-age pension benefits for less time.

International human rights law guarantees the right of everyone to work. The International Covenant on Economic, Social and Cultural Rights (1963) — which has been ratified by 169 countries including the United States — recognizes “the right to work, which includes the right of everyone to the opportunity to gain his living by work which he freely chooses or accepts,” including older people (Article 6). The International Labour Organization’s (ILO) C111 – Discrimination (Employment and Occupation) Convention, 1958 (No. 111) specifically prohibits discrimination in hiring practices, while its R162 – Older Workers Recommendation, 1980 (No. 162) recognizes that “older workers should, without discrimination by reason of their age, enjoy equality of opportunity and treatment with other workers” (Article 5).

Older people who are able and willing benefit from working longer: they can earn more income, some of which they can save for retirement; accumulate more retirement benefits from their employer or a public programme and delay the time they start dipping into their retirement nest egg. One US-based study found that an additional year of work increased annual retirement incomes by 9 percent overall and by 16 percent for workers in the bottom fifth of lifetime earnings.

Given the interests of both governments and families in longer working lives, greater attention must be paid to the causes of employment precariousness among older workers with an eye to devising policy correctives.

Layoffs and business closings account for a large share of unexpected separations at older ages. The Urban Institute and ProPublica study found that more than a quarter of workers who entered their 50s in full-time, stable employment lost their jobs before ending their work lives. While layoffs are more common for younger workers than older workers— whose seniority often provides some protection—older workers who lose their jobs are generally unemployed for a long time. When they do find work they must often accept steep wage cuts. Data from the US Bureau of Labor Statistics show that in 2017, unemployed workers ages 55 to 64 were 36 percent more likely to have been out of work for more than six months that those ages 25 to 44. Among US workers laid off between 2008 and 2012, when unemployment rates skyrocketed, 47 percent of those ages 50 to 61 and 65 percent of those ages 62 and older remained out of work 12 months after layoff, compared with 35 percent of workers ages 25 to 34.

Ageism in the hiring process

Why are employers seemingly reluctant to hire older workers? They may be concerned about the cost of employing older adults (because of perceived high salary demands or heavier use of expensive health benefits), the cost of training older adults who may retire before employers can recoup the investment or the possibility that older adults may be unfamiliar with the latest technology and lack up-to-date skills.

Whatever the cause, a majority of older workers believe employers generally treat older workers unfairly. In a 2017 AARP survey of American adults ages 45 and older who were working or looking for work, 61 percent of respondents said they had seen or experienced age discrimination in the workplace, while 30 percent said they had experienced it. Another study found that older workers of colour as well as those with limited education were especially likely to report that their employers favour younger workers.

Empirical research has also uncovered evidence of age discrimination in hiring. Correspondence studies, in which researchers submit fake resumes in response to help-wanted advertisements, found that older women, especially those close to retirement age, are less likely than younger women to receive call-backs from prospective employers, even when their qualifications are virtually identical.

What can governments do to reduce bias against older workers? Employment discrimination on the basis of age has been illegal in the United States since 1967 and in the European Union since 2000. But age discrimination has become harder to prove in the United States since the Supreme Court ruled in 2009 that plaintiffs must show that a particular negative employment outcome resulted solely from age-based discrimination. New or revised legislation could make age discrimination claims easier to prove. As a duty-bearer, governments could offer older people specialized training, including assistance with job search. Unemployment benefits could be extended for older out-of-work adults, who generally take longer to find work than their younger counterparts. Finally, governments can also promote a culture which values the advantages that older workers bring to the workplace, including experience, dependability and dedication.

Richard W. Johnson is a senior fellow in the Income and Benefits Policy Center at the Urban Institute, where he directs the Program on Retirement Policy. His current research focuses on older Americans’ employment and retirement decisions, long-term services and supports for older adults with disabilities, and state and local pensions. Recent studies have examined job loss at older ages, occupational change after age 50, employment prospects for African Americans and Hispanics age 50 and older, and the impact of the 2007–09 recession and its aftermath on older workers and future retirement incomes. He has also written extensively about retirement preparedness, including the financial and health risks people face as they approach retirement, economic hardship in the years before Social Security’s early eligibility age, and the adequacy of the disability safety net. Johnson earned his AB from Princeton University and his PhD from the University of Pennsylvania, both in economics.

Peter Gosselin is a contributing reporter with the non-profit investigative news organization ProPublica and a senior fellow with the Brookdale Center on Aging at Hunter College in New York. In more than four decades as a journalist, he has covered the US and global economies and health care for, among others, the Los Angeles Times and the Boston Globe. He started on New York’s smallest daily, The Catskill Daily Mail, which then had a circulation of 4,007. He is the author of High Wire: The Precarious Financial Lives of American Families, for which he helped devise new data techniques to gauge the economic risks being shouldered by working families across the income spectrum. He has also been a visiting fellow at the Urban Institute, chief speechwriter to the Treasury Secretary, and an economic adviser to the original Department of Health and Human Services team implementing the Affordable Care Act. He earned his AB in philosophy from Brown University and an MBA in economics from Columbia University. He is a widower with now 21-year-old twins, Nora and Jacob, who threaten to follow their father into journalism.