Home » Children » Leaving No One Behind: Social protection for children from ethnic and linguistic minorities 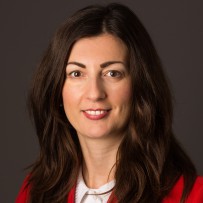 “I would like to go for walks more. Now mom and dad don’t allow it because others discriminate against us. This happens to us all the time. People say that we are dirty and discuss our clothes.”

What does it mean for a child or an adolescent belonging to an ethnic or linguistic minority to live in a poor household or neighbourhood, and experience discrimination? One of the most poignant descriptions is the above quote from a 2010 UNICEF study on child poverty in Montenegro.

Poverty and discrimination, whether experienced separately or simultaneously, can have a devastating effect on children’s development, opportunities and outcomes. A child living in a poor household and deprived of basic necessities may experience disadvantages even if he or she belongs to the majority ethnic group in a country and speaks the official language(s). Conversely, being born in a wealthy household, having access to quality education and becoming a successful professional in one’s adult life is no guarantee that a child will not be confronted with discrimination and exclusion for belonging to an ethnic and linguistic minority. When poverty and discrimination on the grounds of ethnicity and language affect children at the same time, the compound effects on children, known as intersectionality, are greater than the sum of their parts.

Evidence from around the world shows that children from ethnic and linguistic minorities are more likely to be affected by poverty (see for instance evidence from a number of countries in East Asia, Georgia and the USA) and inadequate housing, not be registered at birth, and have lower education outcomes, among other issues. At the same time, household wealth (and other factors such as education of the parents) can go a long way to mitigate some of the disadvantage that these children may face. A UNICEF study on Roma children and women in Bosnia and Herzegovina, the former Yugoslav Republic of Macedonia and Serbia shows, for instance, how the outcomes for Roma children from the wealthiest income quintile are much closer to those of all children in the same country on average. In other words, it is the poorest Roma children who are furthest behind.

Children from ethnic and linguistic minorities who are affected by poverty and material deprivation stand to gain the most from social protection programmes and services. Evidence has shown a high return on investment for programmes that benefit children from disadvantaged social backgrounds. While myths about minority groups monopolizing welfare benefits abound in some countries, the reality in most instances is that children and families from minority groups often experience significant barriers in accessing social protection. Available data on access by ethnicity or language shows that in some cases, such as those of Georgia and South Africa, some ethnic and linguistic minorities belonging to the lowest quintiles of the population do not access the available social benefits at the same levels as poor families belonging to the majority group(s). One major barrier is lack of information about available benefits and services, and related procedures, in minority languages. A study undertaken in the former Yugoslav Republic of Macedonia found that parents of Roma origins reported ethnicity and language-based discrimination by officials responsible for administering child allowances. Issues of coverage and social protection impact on children from ethnic and linguistic minorities remain vastly under-researched.

What can be done?

Adopt an “explicit but not exclusive” approach to universal social protection

The deprivation and marginalization that children from ethnic and linguistic minorities face is symptomatic of the failure of social protection systems for all children. Programmes that target only some communities or some children are not likely to make any difference in the medium or long-term. Even well designed targeted interventions can have the unintended consequences of creating or reinforcing perceptions of unfairness by other segments of the population, potentially leading to tensions. Children from ethnic and linguistic minorities might require extra support to enjoy the right to social protection on par with their peers. The main focus should be on building universal and integrated systems, where explicit measures to ensure universal coverage for minority groups are added on, and extended to all other children and adults living in similar socioeconomic situations.

Disaggregate data by ethnicity, language or other proxy, and by age

There are few countries in which data on children are routinely disaggregated by ethnicity, language or other proxies, and are also publicly available. Among those that do produce this type of data are Canada, South Africa, the United Kingdom and the United States of America. Some countries collect data, but do not make it public. When we look for disaggregated data on children who participate to and benefit from social protection programmes, there are even fewer; in most cases there are only ad-hoc surveys and studies. Historical and political reasons may explain why many countries are reluctant to move in this direction. There are also important concerns about privacy and potential misuse of data to further violate the rights of ethnic and linguistic minorities. Appropriate data protection legislation, participatory and inclusive data collection processes, and independent child rights institutions that hold governments accountable are mechanisms (now available in most countries) that can help manage the mentioned concerns and risks.

First, it is critical to ensure that information about social protection programmes is available in the languages that people from ethnic and linguistic minorities speak and read, and that it is disseminated through a variety of channels. Second, it is important that social protection surveyors, administrators and social workers are properly trained in human rights and multicultural approaches. It is better still when adults from the relevant minorities are incorporated progressively into the social protection workforce and in other services that directly reach out to children. The ongoing reform of the Pantawid conditional cash transfer programme in the Philippines, with support from the Asian Development Bank, is an example of a social protection system moving in this direction. Third, to combat the exclusion and rejection that some minorities might have historically felt, it is critical to shift to an “outreach” approach, where systems contact children and adults living in poverty and facing vulnerability, thus creating a relationship of trust. For the same reason, referral systems between the different professionals that work with children from ethnic and linguistic minorities are essential. No country has the resources to send nurses, social workers, school mediators and other social professionals frequently to every household, let alone in remote areas. One encounter with a qualified professional, who proactively supports a family to access different type of support available, can make a difference in bridging this gap.

The rights-based approach: promote participation and respect for cultural identity

Improving the situation of children from ethnic and linguistic minorities means developing policies that identify and tackle all aspects of their deprivation through an integrated approach that combines the protection of fundamental rights and gender equality, the fight against discrimination, the promotion of their culture and language, and respect for their identity. Taking into consideration the cultural dimension as well as the gender perspective when designing comprehensive, coherent and coordinated social protection strategies is a prerequisite for their success.

More resources to buy personal care products and clothing could go a long way to help the Roma girl quoted at the beginning of this commentary. Complementing these resources with appropriate measures to support her in affirming her identity and claim her rights will progressively promote acknowledgement and appreciation of these rights among her peers and the majority population.

Elena Gaia is a social development professional passionate about human rights and social change. Her areas of interest and expertise are social protection, poverty reduction, social inclusion, child rights, rights of ethnic minorities, gender equality, and migration. She is a social policy specialist at UNICEF since 2010. From 2008-2010, she was a research analyst in social policy and development at the United Nations Research Institute for Social Development, where she contributed to the flagship report Combating Poverty and Inequality. She also worked with the Italian NGO CISV from 2003 to 2007, most of this period as the organization’s representative in Guatemala where she managed programmes on community development, participation and grass-roots organisations. Elena holds a Master’s degree in comparative social policy from the University of Oxford. Some of her recent publications include Violence Against Girls and Boys in Europe and Central Asia, Realizing the Rights of Roma Children and Women, Keeping Families Together and Preparing for an Uncertain Future: Expanding Social Protection for Children in Eastern Europe and Central Asia.