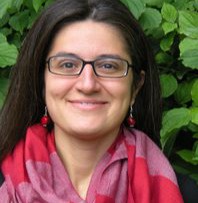 Informal economy workers are far from being a homogeneous group or a sector.1 Indeed differences in terms of income, sector (agriculture, industry for example), status in employment (such as employers, own account workers, casual workers, informal employees, sub-contracted workers) have been identified. WIEGO (Women in Informal Employment: Globalizing and Organizing) suggests that a way to identify informal economy workers is to look at their place of work. With this method, street and market vendors, waste pickers, home workers and domestic workers can be recognized.

According to ILO report Global Employment Trends 2014,2 “informal employment remains widespread in most developing countries even if with different variations,” accounting for more than 20 per cent of total employment in Eastern Europe; 70 per cent or more in low-income Andean and Central American countries; and as much as 90 per cent in South and South-East Asia.

It is widely acknowledged that in the majority of cases, informality is not a choice but rather a necessity “for those not able to find formal jobs and in the absence of privately or publicly provided social protection”.3

According to WIEGO, informal workers contribute to the overall economy, yet much needs to be done to integrate informal workers into mainstream social protection schemes (that is, beyond short term safety nets or targeted social assistance).

The human right to social security

Yet, current social protection systems have mainly been designed for workers in the formal economy who are less vulnerable than those in the informal economy. For example, as highlighted by HelpAge International, “most of the older people who are currently working in the informal sector are not covered by any social protection system, especially schemes that give permanent income-based retirement packages”.4

In 2009, the United Nations’ Social Protection Floor Initiative (SPF-I) provided strong guiding principles for the extension of social protection also to people in the informal economy. The SPF-I was followed in June 2012 by the adoption of ILO Recommendation N. 2025 concerning National Floors for Social Protection. According to the Recommendation, the SPFs should comprise four basic social security guarantees:

(a) access to a nationally defined set of goods and services, constituting essential health care, including maternity care, that meets the criteria of availability, accessibility, acceptability and quality;

(b) basic income security for children, at least at a nationally defined minimum level, providing access to nutrition, education, care and any other necessary goods and services;

(c) basic income security, at least at a nationally defined minimum level, for persons in active age who are unable to earn sufficient income, in particular in cases of sickness, unemployment, maternity and disability; and

(d) basic income security, at least at a nationally defined minimum level, for older persons.
The guarantees should be ensured over the life cycle (childhood, adolescence, adulthood and old age).

Participation in the design of social protection programmes

ILO Recommendation No. 202 advances 18 principles including central human rights principles such as non-discrimination, participation, transparency and accountability. Among them there is also the principle of “universality of protection” and that “representative organizations of persons concerned” should participate in the design, implementation, monitoring and evaluation of national SPFs.

Within the large informal economy in Pakistan there are 8 million home-based women workers unrecognized as workers by law and without any social protection coverage or access to the labour courts in case of industrial dispute. Home-based women workers frequently work excessive hours for very little pay, with often serious implications for their health. With few if any government health facilities and unaffordable private clinics, many workers have no choice but to continue working despite their ill-health or injuries.

Razia,6 a home-based piece-rate worker from the outskirts of Lahore, works 12–16 hours a day to earn PKR2000–2500 (16-20 Euros) per month. Razia also looks after her family and carries out the household chores. Razia’s work has had implications for her health and well-being. Making detailed decorated items for use in religious functions and wedding ceremonies, her work has led to backache, headaches and weakened eye sight, and she has suffered numerous burns from working with hot wax. Working within her own home, Razia was unaware that home-based workers had any recourse to either legal protection or social protection measures. “How can home-based workers ask and get the beneﬁts of social protection,” she asked, “when they are not considered workers in the labour market and are further marginalized as women?”

FOOTNOTES
1 In 2002, the International Labour Conference broadened the concept of informality, recognizing it as “an economy-wide phenomenon, and … one that included not just the production unit but also the characteristics of the job or worker”. ILO. 2013.The Informal Economy and Decent Work: A Policy Resource Guide supporting transitions to formality. Geneva, ILO.

5 The text of the Recommendation is available online.

6 The case study is an updated and shortened version of one published in the 2011 SOLIDAR-Global Network report Realising Decent Work and Social Protection for All: How civil society organizations are creating change, coordinated by the author.

Barbara Caracciolo is Project Officer at SOLIDAR where she is in charge of the coordination of the organization’s projects and policy around the Decent Work Agenda (mainly the right to social security). Among other things, she coordinated the Decent Work Decent Life Campaign and the Global Network (a network of labour NGOs, think tanks and trade unions in Africa, Asia, and Latin America). Since 2007 she has been involved, at the European and International level, in campaign and advocacy work on social protection in development policies. She has an educational background in International Relations and European Social Security Law.