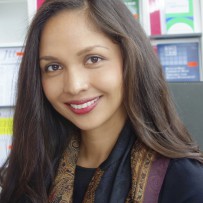 Worldwide, the prevalence of disability tends to be higher within indigenous communities than among non-indigenous groups.1 This high prevalence of disability is both a cause and a consequence of severe poverty, violence and unsafe living conditions, including exposure to environmental degradation, toxic waste and the adverse impacts of development project.2 Indigenous persons with disabilities are more likely to live in poverty and to face barriers to meeting basic needs, such as food, water, shelter, education and health services.

Indigenous peoples have been severely affected by lack of access to traditional lands and land-grabbing, which disrupts access to dignifying livelihoods, and prevents them from exercising their social and cultural rights.5 Additionally, indigenous peoples have been particularly disadvantaged in terms of access to education, health, housing and social services.6 Barriers to these basic needs have produced significant differences in income, leading to poverty and cycles of marginalization.

Enabling legislation: Convention on the Rights of Persons with Disabilities

The CRPD is the first binding human rights instrument of the United Nations to explicitly address disability and acknowledge indigenous peoples as being prone to multiple forms of discrimination. It has been ratified to date by 152 states. Its 50 articles provide legal protection for persons with disabilities. The Convention also establishes accountability systems to monitor the signatory countries’ actions in fulfilling its mandate. Its articles include abolishing laws that constitute discrimination (Article 4), the right to control one’s financial affairs and equal access to bank loans and credit (Article 12), and the right to education which includes access to the social and pedagogical support needed for pupils (Article 24). It also protects the right to health (Article 25) and rehabilitation (Article 26). First and foremost it recognizes the right of persons with disabilities to an adequate standard of living and social protection (Article 28).

The Committee on the Rights of Persons with Disabilities, a body of independent experts which monitors the implementation of the CRPD, has set a number of standards to be addressed under a human rights-based approach to social protection of persons with disability. The Committee has recommended that member States improve their data collection in order monitor the standard of living of persons with disabilities within their territories, and to address the needs of those at risk of poverty and social deprivation. Its recommendations have also called on member State to improve the provision of social protection to indigenous persons with disabilities, particularly women given their lack of access to social services and high levels of social deprivation experienced.

For the progressive realization of Article 28 of the CRPD, an “adequate standard of living and social protection”, an pathway that highlights and safeguards the rights of indigenous persons with disabilities needs to be built into its mandate. Such rights include access education that includes indigenous languages, gender equity, accessible accommodation and social services, access to rehabilitation and assistive devices that enable them to participate in community life and the workforce, and protection to exercise their traditional livelihoods and land rights.

Historical marginalization and rights infringements can be counteracted by stressing the synergies with other enabling legislation, such as the 2007 United Nations Declaration on the Rights of Indigenous Peoples (UNDRIP) and the ILO Indigenous and Tribal Peoples Convention, 1989 (No.169). Together, the differences and similarities between these three instruments provide a comprehensive legal framework to safeguard the right to social protection for indigenous persons with disabilities, and make visible rights infringements experienced by indigenous people with disabilities across international boundaries.7 These three instruments could be used to provide a human rights-based approach to social security for indigenous persons with disabilities underpinned by the following key principles:

Although in many countries non-discrimination and equal opportunities law related to social security is in place, those instruments tend not to refer explicitly to indigenous people with disabilities. Thus, further efforts must be put into developing policy and culturally appropriate assessment mechanisms, and building tools to overcome the uneven power relations that have historically excluded indigenous persons with disabilities from the provision of social protection.

At the time of submission, Minerva Rivas Velarde was a consultant at the Office of the High Commissioner for Human Rights. She holds a PhD from Sydney Medical School, The University of Sydney. She also has an MA in applied social research from Trinity College Dublin and a BA in communications science from De la Salle University in Mexico. Her writing focuses on human rights, disability policy and indigenous peoples’ issues. She has worked in human rights and disability research in the Pacific, Latin America and Western Europe; collaborating with stakeholders, national ministries and NGOs at both the domestic and international levels and collaborated with the International Labour Organization and World Health Organization. Currently she is also a visiting scholar at the Global Studies Institute at the University of Geneva. Her work has consistently focused on enhancing the voice of the Global South through emancipatory research.

[4] Convention on the Rights of Persons with Disabilities, opened for signature 30 March 2007 and entered into force 3 May 2008.