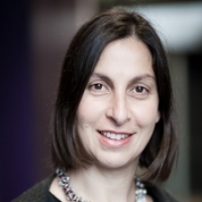 Human rights have an important role to play in supporting the objectives of social protection which include the prevention of poverty and inequality, ensuring solidarity and inclusion, and creating economically and socially fairer societies. They offer a normative basis and a legal imperative for requiring that states realize the right to social security for their people. They also expect richer countries to assist those that are poorer in meeting their social security obligations. Human rights require the evaluation of policy compliance, they inform policy and legislative development, provide individuals and groups with an elucidation of their rights and provide the basis for legal and advocacy challenges where rights are violated. Human rights have, in many instances, been used effectively at the international and domestic level to push states to improve social protection programmes. While human rights challenges should be understood as merely one component of broader strategies to bring about change, their utility should not be underestimated where they are effectively employed.

This article discusses the case of South Africa where the courts have been a significant site of contestation over the nature and extent of the social assistance system.1 The end of apartheid in 1994 saw the introduction of a new Constitution containing a far-reaching Bill of Rights which guarantees a number of social and economic rights. One of these is a right to social security: the Constitution provides that ‘Everyone has the right to have access to social security, including, if they are unable to support themselves and their dependants, appropriate social assistance’.2 The state is required to ‘take reasonable legislative and other measures, within its available resources, to achieve the progressive realization’ of the right.3 The Constitution also contains a strong equality right that prohibits discrimination on a wide range of grounds.4 The combination of the right to social security and the right to equality has been of central importance in a number of key cases concerning social security brought to the South African courts.

South Africa’s social security system has a small social insurance component for workers and a large social assistance system to address significant poverty and underdevelopment in the country. The three major grants are the Older Persons Grant, the Disability Grant and the Child Support Grant. These means-tested grants reach almost 16 million people (out of a total population of 51 million), with the Child Support Grant reaching 11 million children.5 The past decade has seen the gradual extension of these grants to larger numbers of people, often as a result of civil society advocacy and rights-based litigation.

Expanding social assistance through the courts

Three court challenges that have been central to expanding the reach of South Africa’s social assistance system are now described and discussed. The first concerns the inclusion of non-citizens within the social assistance system; the second concerns the extension of the Child Support Grant to children between14 and 18 years of age; and the third concerns the lowering of the pension age for men from 65 to 60, to bring them in line with the age that women receive the pension.

The non-citizens case6 involved a claim by a group of permanent residents who were being denied access to the pension and children’s grants. They argued that the right to social security, together with the right to equality required the government to provide them with the same rights as citizens. The Constitutional Court, in accepting this argument, made the following statement:

“Because both permanent residents and citizens contribute to the welfare system through the payment of taxes, the lack of congruence between benefits and burdens created by a law that denies benefits to permanent residents almost inevitably creates the impression that permanent residents are in some way inferior to citizens and less worthy of social assistance. Sharing responsibility for the problems and consequences of poverty equally as a community represents the extent to which wealthier members of the community view the minimal well-being of the poor as connected with their personal well-being and the well-being of the community as a whole. In other words, decisions about the allocation of public benefits represent the extent to which poor people are treated as equal members of society.”7

The Court decision was important in interpreting the right to social security expansively. Based on this understanding of the human rights framework, other groups brought further challenges to aspects of the social security system.

In the second case, children’s rights advocates went to court as part of a broader campaign to extend the Child Support Grant.8 When the grant was introduced in 1997 it was provided only to children under the age of seven. In 2005, following significant campaigning, the grant was extended to reach children under the age of 14. While elements within the government expressed a commitment to cover all children under the age of 18, the government failed to take this further step. The court challenge argued that the group of children aged 14-18 were being denied their rights to social security and were being discriminated against since they were no less deserving of support than the younger group of children covered by the grant. In 2010, while judgment was still pending in the case, the government extended the Child Support Grant to all children under the age of 18 (over a phased period until the end of 2012). The combination of sophisticated research, strong arguments, public pressure and the threat of an adverse court ruling seem to have led to this positive outcome.

The third case, concerning the pension, took a similar trajectory.9  At the time, the pension was provided to women at the age of 60 and to men at the age of 65. A group of men went to court to argue that this discriminated against them and violated their rights to social security. Although the different ages for men and women was the legacy of a policy introduced in the 1930s, there were some in the government who thought it was appropriate to keep this policy to assist women who faced greater poverty and disadvantage in society. The case was argued in 2007 but before judgment was given the government announced, in early 2008, that it was equalizing the pension (over a phased period until April 2010). Again, the threat of an adverse decision seems to have spurred the government to introduce a change in the law.

The South African government was aware, in all three cases, of the beneficial impact of the social assistance grants on poverty. However, budgetary concerns may have influenced their reluctance to give the grants to further groups. The campaigning and rights-based litigation seems to have been important in nudging government to extend these grants to groups that had been improperly excluded from their coverage. The framing of such groups’ demands in terms of the right to social security combined with the right to equality was a powerful strategy.

Even in countries where there is no constitutional right to social security, equality rights within their laws have sometimes proved valuable in achieving positive results through litigation in the area of social security. Such challenges are most effective when equality is understood substantively: Many of the treaty bodies (committees of independent experts that monitor implementation of the core international human rights treaties) have endorsed a conception of equality that includes addressing the underlying causes of discrimination and that requires fundamental change to a range of social institutions.10 The creative use of equality arguments, drawing on international human rights, is one vehicle for ensuring that government policy on social protection is informed by human rights. Such rights can act both as constraints on government and guides for improved laws and policies.

Beth Goldblatt is an Associate Professor in the Faculty of Law at the University of Technology, Sydney. She is a Visiting Fellow of the Australian Human Rights Centre, University of New South Wales and an Honorary Senior Research Fellow, University of the Witwatersrand, South Africa. She is co-editor of Women’s Social and Economic Rights (with Kirsty McLean, Juta, 2011) and Women’s Rights to Social Security and Social Protection (with Lucie Lamarche, Hart, 2014, forthcoming).