Poverty, inequality and standards of living 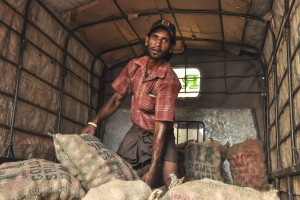 The lack of social protection coverage, being associated with economic insecurity, poverty, high levels of inequality and low investments in human capital, is seen as a major obstacle to economic and social development. Social protection plays a critical role in reducing poverty and inequality, improving the standards of living and promoting social cohesion. Due to its fundamental role, social protection has become a key element of national strategies to promote human development, political stability and inclusive growth.

Are Human Rights Relevant to Economic Inequality? A response through the lens of social protection

In recent months, a debate has flared in academic and philanthropy circles around the extent to which the human rights framework can serve to challenge rising economic inequality. Naysayers can be found on different sides of the ideological spectrum. Some, such as Yale historian Samuel Moyn, argue that the human rights framework has nothing to […]

The right to social security is enshrined in the International Covenant on Economic, Social and Cultural Rights (ICESCR) as well as other international treaties, and has been upheld by numerous judicial bodies at the national, regional and international levels, both explicitly or implicitly through other rights including civil and political ones, and/or other constitutional and […]

A Rights-Based Approach to Social Protection: The Case of Tunisia

Tunisia today is at an important stage in its thinking about a new development model that combines optimal allocation of resources and social equity, welfare being an essential factor in the success of the democratic transition and at the core of the 2011 popular uprising. However, structural reform cannot be achieved in the absence of […]

Realizing Rights in Practice: ‘Minimum’ Level of Social Security in Relation to an ‘Adequate’ Standard of Living

Recalling previous recommendations, the Committee observed that the austerity measures in conjunction with the continuous contractions of the economy, employment and public finances posed a threat to the viability of the Greek national social security system, resulting in the impoverishment of the population, thus undermining the application of all accepted parts of Social Security (Minimum […]

Our economy is broken, with hundreds of millions of people living in extreme poverty while huge rewards go to those at the very top. The number of billionaires has doubled since the financial crisis and their fortunes grow by $2.5bn a day, yet the super-rich and corporations are paying lower rates of tax than they […]

Our economy is broken, with hundreds of millions of people living in extreme poverty while huge rewards go to those at the very top. The number of billionaires has doubled since the financial crisis and their fortunes grow by $2.5bn a day, yet the super-rich and corporations are paying lower rates of tax than they […]

Universal basic income refers to unconditional cash transfers to everyone in a society regardless of their income, employment status, job search, or other key criteria. The concept differs from traditional forms of social protection, which tend to provide income support or services to people experiencing specific contingencies, i.e., due to unemployment, old age, disability, parenthood […]

The Commitment to Reducing Inequality Index 2018: A global ranking of governments based on what they are doing to tackle the gap between rich and poor

In 2015, the leaders of 193 governments promised to reduce inequality under Goal 10 of the Sustainable Development Goals (SDGs). Without reducing inequality, meeting SDG 1 to eliminate poverty will be impossible. In 2017, Development Finance International (DFI) and Oxfam produced the first index to measure the commitment of governments to reduce the gap between […]

Material Hardship among Nonelderly Adults and Their Families in 2017: Implications for the Safety Net

Federal and state policymakers are weighing changes to federal programs that help low-income people meet their basic needs for food, medical care, and shelter. As policymakers consider these changes to the public safety net, they run the risk of increasing material hardship, which could have detrimental short- and long-term impacts on children and adults. How […]

From principles to practice: A method for identifying income sufficiency when applying International Legal Standards (ESS — Working Paper No. 61)

This paper gives content to the idea of a minimum income as reflected in ILO Conventions and Recommendations. It also aims to provide some practical guidance as to how such minima can best be operationalized. The practical purpose of this analysis is to define a reference income level that can play a role in defining […]

Growth and Inequality in Pakistan (Volume I)

The theme of the book is Growth and Inequality. These are the two fundamental problems with the economy of the Pakistan. The rate of economic growth has barely touched 5 percent over the last decade. Simultaneously, the economic and social structure have perpetuated high income, wealth and regional disparities. Combined together, these two structural problems […]

The causes of falling wage share: sectoral and firm level evidence from developed and developing countries – what have we learned?

The last four decades have been characterised by drastic changes in the distribution of income between wages and profits in both OECD countries and emerging economies. We have recently analysed the causes of the decline in the wage share in the developed and developing countries for a project titled The Causes of Falling Wage Share […]

Inequality in Asia and the Pacific is on the rise. Many countries, including those held up as models of dynamism and prosperity, have experienced a widening of existing gaps, accompanied by environmental degradation. Market-led growth alone is not sufficient to deliver a prosperous, sustainable future for all. This report takes a novel approach by focusing […]

On 19 June, the Office of the High Commissioner for Human Rights, and the International Movement ATD Fourth World, with support of the Permanent Missions of Belgium, Chile, France and Romania will hold a side event at the Human Rights Council. The Special Rapporteur on extreme poverty and human rights, Philip Alston will appear on […]

Do NOT follow this link or you will be banned from the site!