Home » Measuring results and impact / M&E » Realizing Rights in Practice: ‘Minimum’ Level of Social Security in Relation to an ‘Adequate’ Standard of Living

Realizing Rights in Practice: ‘Minimum’ Level of Social Security in Relation to an ‘Adequate’ Standard of Living 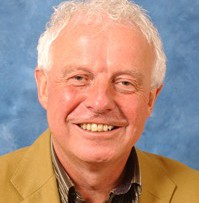 Moreover R202 promulgated the idea that such floors should be governed by the principles of universalism, non-discrimination, dignity, accessible complaints procedure and so forth. Furthermore they should be funded by a progressive tax base with international support to complement national funds.

Here it is clear that R202 has been formulated precisely to address the case that had already been made by the Special Rapporteur on Extreme Poverty and by others: that human rights principles should underpin R202. In Sepúlveda and Nyst (2012), the central human rights principles of the human rights framework are set out as “equality and non-discrimination (including accessibility, adaptability, acceptability, adequacy and the incorporation of the gender perspective), participation, transparency and accountability.” Paragraphs of R202 address each of these principles in recommendations for the design, implementation, monitoring and evaluation of social protection systems.

More broadly ILO Recommendation 202 was, in my view, an historic breakthrough in the global politics of social policy. The significance of the SPF Recommendation, as I argued in my recent book (Deacon 2013), was:

With all of this in mind I would argue that the specific right laid down in the requirement for an ‘adequate’ standard of living in Article 11 of the UN International Covenant on Economic, Social and Cultural Rights has found in the SPF and its associated global social governance changes a vehicle by which the principles can be better realized in practice. That is not to say that R202 addresses directly all the detailed elements of Article 11. For example by focussing on access to health and income security R202 does not have anything to say directly about Paragraphs 2a and 2b of Article 11 which are concerned with food production and distribution issues. Thus Paragraphs 2a and 2b say that State Parties should “improve methods of production, conservation and distribution of food by making full use of technical and scientific knowledge, by disseminating knowledge of the principles of nutrition and by developing or reforming agrarian systems in such a way as to achieve the most efficient development and utilization of natural resources; and taking into account the problems of both food-importing and food-exporting countries, to ensure an equitable distribution of world food supplies in relation to need.” (International Covenant on Economic, Social and Cultural Rights, 1976.)

Quite apart from this omission there are other limitations in the final formulation of R202 even as far as the four guarantees are concerned. I have argued that as the concept of the global SPF was negotiated through two International Labour Conferences, there were compromises struck and changes made. In particular there was:

It could be argued that by agreeing to the language of floors and by leaving so much to national discretion the SPF concept has been hollowed out. It depends, as ever, on struggles at the national level.

Process as important as outcomes

Here what becomes important is another of the key messages of the Special Rapporteur’s analysis: that human rights obligations relate not only to the final outcome of social protection programmes, but also to the process through which such programmes are designed and implemented. Bearing this in mind there are critical points to be made about the tripartite governance of the ILO and the working out in practice of this tripartite concept within countries. Some mechanism needs to be found both within the ILO and within tripartite governance mechanisms which effectively enables civil society actors to represent the beneficiaries of the SPF directly in its governance. If R202 now addresses the needs of residents and not workers, ILO and national governance needs to reflect this. The reality of social partner dialogues and mechanisms in many countries and regional associations is far more complex than suggested by the formal tripartite structure recently reaffirmed within the ILO. The ITUC (the International Trade Union Confederation), and hence the worker representation unit within the ILO (ACTRAV), needs to find a more effective way of working alongside and with “representatives of beneficiaries” who will increasingly be residents and not workers.

Finally it has always been the case that social rights are distinct from legal and political rights in that their realization requires substantial resources to be made available. Here the need for global funds to fund global rights becomes central as argued in De Schutter and Sepúlveda’s 2013 Briefing Note: Underwriting the Poor: A Global Fund for Social Protection. If R202 is to provide an effective mechanism for the delivery of the right to an adequate standard of living, then more support needs to be forthcoming for the proposal for a Global Social Protection fund. Alas the minutes of the October 2013 meeting of the newly formed SPIAC-B suggest that this is not being given the attention it deserves. Global social governance is still too weak to enable global social rights to be realized despite the helpful R202.

REFERENCES
Deacon, B. 2013, Global Social Policy in the Making: The Foundations of the Social Protection Floor. Bristol: Policy Press.