Home » Measuring results and impact / M&E » A Rights-Based Approach to Social Protection: The Case of Tunisia

A Rights-Based Approach to Social Protection: The Case of Tunisia 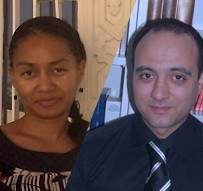 Tunisia today is at an important stage in its thinking about a new development model that combines optimal allocation of resources and social equity, welfare being an essential factor in the success of the democratic transition and at the core of the 2011 popular uprising. However, structural reform cannot be achieved in the absence of a clear framework and of precise objectives which need to result from national consensus. The human rights-based approach to social protection can offer this framework—which has long been lacking in Tunisia—and is also of growing importance at the international level because it promotes fairness and consensus whilst placing this paradigm in the continuity of the post-2015 Development Goals.

The Tunisian social protection system, and security system in particular, is hailed as one of the most complete and thorough approaches in the Maghreb and Arab regions . However, current budgetary shortcomings and demographic changes are posing some serious threats to its sustainability. As a result, intense debates are taking place to discuss possible reforms while trying to maintain most of the system’s positive elements. In this context and in order to properly guide the reflection about a new model, it has seemed crucial to implement a systematic human rights-based analysis (founded on the principles of the right to social security as defined by the United Nations Committee on Economic, Social and Cultural Rights (CESCR) in its General Comment 19) of the different schemes which make up the system. Such an analysis has made it possible to identify positive elements that should be maintained, as well as measures which could correct the numerous limitations related to the non-compliance with human rights standards. Indeed, non-compliance ultimately limits the effectiveness and efficiency of the social security schemes.

The Tunisian social protection system is organized around a relatively well-structured and expansive system composed of two pillars:

Positive elements have first been identified in terms of eligibility regarding health (especially the conditions supported in full under the contributory system), maternity and work-related injuries. In addition, the system adequately covers the risk for survivors/orphans through clear and transparent admissibility and accessibility criteria as well as via benefit levels that meet the adequacy principle since they are indexed on wages. The same applies to the retirement risk with a higher level of coverage than in neighbouring countries (especially within the public sector) and using the most recent reference salary to calculate pensions. As for the non-contributory system, despite shortcomings in terms of adequacy, accessibility and targeting, its schemes are of great importance as they currently allow the most vulnerable populations to access healthcare in public hospitals and to receive a minimum income. However, they are only assistance programmes and do not aim to eliminate poverty.

That is one of the many limitations the Tunisian system faces and that the human rights-based approach made clearer.

Firstly, the mechanism that covers the health risk in the contributory system cannot be considered to meet the criteria of adequacy because of the discrepancy between the real cost the customer must face and the reimbursement rates for services, combined with an annual reimbursement ceiling which is relatively low. In addition to economic accessibility, a problem of physical accessibility persists due to the strong inequalities in the availability of health facilities between rural and urban regions, and between the coastal/Tunis regions versus inland regions: many rural inland areas lack specialities and equipment, thus imposing high transportation costs on patients, if indeed transportation is available. These elements are among the main reasons why women lack access to health facilities in rural Tunisia.

The retirement scheme, beyond the acute risk of financial failure, faces problems of transparency and of discrimination affecting particularly women and precarious workers in the private sector: some vulnerable groups may indeed find themselves without a pension if their reported salary does not exceed two thirds of the minimum wage. Crucially many of those affected are not aware of this serious limitation.

In addition, family benefits are indexed to the minimum wage level, which dates back to the 1980s, thus creating a real adequacy problem given the low level of benefits compared to increases in living costs.

In addition to the imperfect coverage of certain social risks mentioned above, it should be noted that Tunisia lacks a mechanism to cover job loss. Indeed, there is no system ensuring a certain income to workers who lose their jobs in the private sector. The PST mechanism (social protection of workers) concerns only the non-farm workers (RSNA), thus excluding a large part of the active population. The benefits it provides do not exceed the minimum wage and eligibility criteria are very restrictive (for example, it requires a minimum of three years with the same employer).

As for maternity risk, there is no prenatal leave: this forces pregnant women to work until they deliver. In addition, women are among those most affected by the shortcomings mentioned above since they make up the majority of rural workers, and thus are not adequately covered for health risk, job loss, occupational diseases and accidents at work.

And finally, the non-contributory system suffers from a severe lack of both transparency and accountability regarding the eligibility criteria, which inevitably leads to inclusion and exclusion errors. This is compounded by a general lack of evaluation of the three non-contributory programmes (PNAFN, AMG1 and AMG2) which impedes necessary reforms meant to improve their effectiveness.

Therefore, a rights-based analysis of the social protection schemes in Tunisia enables us to place their difficulties and shortcomings within a clear, legal framework, based on universal values. It also enables the formulation of recommendations for reform which would not only improve its coverage, transparency, non-discrimination and equity but could also reallocate the available resources for greater efficiency and better performance. It is therefore hoped that the main stakeholders of the discussions currently taking place on the pressing need for reform will use this analysis and its recommendations when they discuss the issues arising in this work.

ABOUT THE AUTHORS
Mehdi Ben Braham has a PhD in Economics from the University of Paris-Dauphine. After a post-doctoral position at the Networks Financial Institute at Indiana State University, he is currently lecturer at the Industrial Economics and Management Laboratory (LEGI) from the Tunisian Ecole Polytechnique and at the CREM (Centre for Research in Economy and Management) at the University of Caen in France. His work focuses on the macroeconomic impact of social protection reforms on poverty and social security coverage expansion opportunities in the Maghreb Region. He is a scientific co-founder of the Franco-Maghrebian network ESIRAMed (Social Economy, Responsible Investment, and Insurance in the Mediterranean) with the collaboration of the AG2R Chair and Euromed-Management. He is also a consultant for national and international organizations on social protection, labour market issues and human rights.

Seynabou Dia holds two Master’s degrees: one in Economic Demography from the Institut d’Etudes Politiques de Paris and one in Public International Law from the University of Aix en Provence. She began working for non-governmental organizations (NGOs) involved in humanitarian assistance, first at headquarters in France and then in the field in Albania, Afghanistan and Democratic Republic of Congo (DRC). Sensitized to the limitations of purely humanitarian aid, she decided to reorient her career toward issues of public international law applied to humanitarian aid and then started managing protection and human rights programmes in the Republic of Guinea (Conakry) and Darfur. In Darfur, she integrated the human rights component of the United Nations Peacekeeping Missions for which she had worked in Afghanistan and East-Timor. In May 2012, she joined the United Nations Office of the High Commissioner for Human Rights in Tunisia within which she is in charge of economic, social and cultural rights issues as well as of the rights of discriminated or vulnerable groups.