Are Human Rights Relevant to Economic Inequality? A response through the lens of social protection 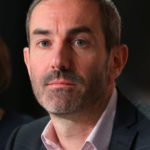 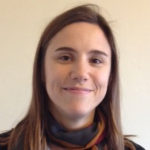 In recent months, a debate has flared in academic and philanthropy circles around the extent to which the human rights framework can serve to challenge rising economic inequality. Naysayers can be found on different sides of the ideological spectrum. Some, such as Yale historian Samuel Moyn, argue that the human rights framework has nothing to say on the gap between rich and poor, making the human rights movement at best a passive bystander of neoliberalism, and at worst its active accomplice. Others, such as philanthropist and Human Rights Watch founder Aryeh Neier, argue that critiquing economic injustice and inequality lies fundamentally outside the human rights movement’s remit.

As we have argued elsewhere, both positions are premised on a very narrow and partial view of the extraordinary range, diversity and ambition of the global human rights movement. It is particularly baffling that both accounts overlook the significant efforts of economic and social rights activists worldwide to challenge socioeconomic injustices, including the current escalation in economic inequality. And while the Universal Declaration of Human Rights and the treaties that flow from it may appear to be silent on the gap between the rich and the poor, they have a great deal to say about the policies that perpetuate this disparity.

Many in the global movement for economic and social rights, from grassroots groups to international coalitions, are already fighting unjust trade policies, corporate impunity, the financialization of public goods and many other factors driving the inequality crisis. As the Center for Economic and Social Rights argues, the increasing concentration of wealth needs to be understood not just as an incidental human rights concern, but as an inherent injustice and the product of a web of regressive policies that systematically flout governments’ economic and social rights obligations. And indeed, social protection is one prominent example of a policy area that is first, highly relevant to economic inequality, and second, a key focus of many human rights actors.

Social protection policies are proven to promote social integration, and to be key in mitigating both economic and social inequalities. In OECD countries between 1985 to 2005, for example, direct income taxes and social transfers (including programmes such as cash transfers, public works, unemployment benefits and pensions) reduced income inequality by about one third, with non means-tested social transfers including public pensions and universal child benefits accounting for the bulk of this redistribution in most countries. In South Africa, studies suggest that social protection measures (including the old age pension, child support grant and disability grant) reduced the Gini coefficient from 0.63 to 0.60 in 2000, with the impact increasing over time. Examples of effective (although imperfect) social protection programmes are also found in Latin America, e.g. in Brazil and Argentina, where social security and universal health coverage programmes have contributed to significant declines in inequality.

Moreover, social protection is a concrete example of how a human rights perspective on an inequality-related policy issue makes a concrete difference in terms of the approach and the outcome sought. In essence, it’s the difference between the palliative, give-the-crumbs-to-the-poor social “safety net” promoted by the World Bank and the International Monetary Fund (IMF), and the rights-based idea of universal, comprehensive social protection that explicitly aims to be redistributive. The former approach essentially seeks to provide minor reparations for those affected by the worst ravages of the prevailing neoliberal economic model, through what has been termed “social bribery“.

Moyn erroneously associates this type of approach with the human rights movement, mischaracterizing human rights as being solely concerned with ensuring “minimum levels” of well-being. In fact, properly understood, the human rights model challenges traditional minimalist approaches, precisely through its universalist, egalitarian and redistributive ambition. A human rights approach to social protection aims at substantive equality of outcomes, not just opportunities, a goal that can be achieved by dedicating the “maximum of available resources” to achieve progressively the full realization of economic and social rights for all people. A HRBA is concerned with how economic and social inequalities intersect, and therefore seeks to undercut marginalization and stigmatization of all kinds, including by being alert to the societal power dynamics that can be propped up or challenged by social protection. It is in all senses a “maximalist” and holistic vision of social protection, with greater equality of all kinds (vertical and horizontal) the main aim.

This can be illustrated with the work of several UN human rights special procedures. The former Special Rapporteur on the right to food, Olivier de Schutter, highlighted that resourcing social protection spending through regressive taxation undercuts its equalizing potential, while in her work on social protection, the former Special Rapporteur on extreme poverty and human rights, Magdalena Sepúlveda, emphasized that conditional cash transfer programmes could have the unintended effect of upholding gender-related inequalities because of the social norms around childcare they replicate. The current Special Rapporteur on extreme poverty, Philip Alston, recently warned that the privatization of social protection often exacerbates inequalities, leading to dual systems with the poorest people once again relegated to the margins, and the reproduction of racial and other forms of discrimination.

Nevertheless, there are challenges the broader human rights community urgently needs to address if it is to be a relevant actor in the field. As argued in our OpenGlobalRights series on economic inequality and human rights, these challenges can be categorized as conceptual, normative, strategic and methodological.  These play out in particular ways regarding the HRBA to social protection.

For example, in the conceptual and normative realm, more boundaries could be pushed in relating the right to social security and other economic and social rights norms with emerging understandings of social protection floors, and the SDG targets related to social protection. Particularly in light of Goal 10 on reducing inequality, it will be essential to keep the spotlight on economic inequality, while infusing the fuzzy SDG rhetoric of “leaving no one behind” and the vaguely-defined SDG targets with human rights content. With regard to strategy, how can rights advocates working on social protection best confront and challenge the contrary positions of key powerful actors such as the IMF? Methodologically, how can the evidence and statistics that are currently marshalled about social protection coverage, fiscal space and benefit levels, be infused with greater sensitivity to human rights concerns and standards? Beyond the social protection floor, how can enjoyment of the right to social security – and the impact of different types of social protection on inequalities – be even more effectively measured (building on the International Labour Organization’s (ILO) crucial work on this topic)?

Certainly, how the full panoply of human rights norms can be applied more effectively to constrain the current drivers of economic inequality – including regressive or minimalist approaches to social protection – needs much further exploration. However, this is no time for human rights practitioners to abandon the challenges this entails. The most erroneous lesson of all would be to give up on human rights as a counter-power to the ravages of neoliberalism without taking into account what is actually happening in human rights practice. The successful efforts of economic and social rights activists to overturn inequality-inducing austerity measures or hold tax havens to account provide evidence for hope that human rights—understood holistically—can be an effective bulwark against the deprivations and disparities driven by market fundamentalism, and a counterbalance against fundamentally market-driven approaches to critical policies such as social protection. We must learn from and build on the initiatives and alliances worldwide which have successfully invoked the transformative power of human rights to tackle the injustice of extreme inequality.

Ignacio Saiz was appointed Executive Director of the Center for Economic and Social Rights in 2009, having served as the Center’s Research Director since 2006. Prior to this, he was Director of Policy at the international secretariat of Amnesty International, where his responsibilities included overseeing the development of Amnesty’s research, campaigning and advocacy on economic, social and cultural rights. Previous roles at Amnesty International have included Deputy Director of the Americas Program, Policy Coordinator and Central America Researcher. He has also worked as a freelance human rights consultant for several other organizations in areas relating to sexuality and human rights, the prevention of torture and post-conflict accountability. Ignacio holds an LLM in international human rights law with distinction from the University of Essex.

Kate Donald joined CESR in 2014. Previously, Kate worked as Adviser to the UN Special Rapporteur on Extreme Poverty and Human Rights (Magdalena Sepúlveda), examining the impact of public policies and development initiatives on the rights of people living in poverty. In particular, she worked on issues including unpaid care work, social protection policies, fiscal policies and access to justice. Kate has also held positions at the Office of the High Commissioner for Human Rights and the International Council on Human Rights Policy, and has been a consultant for the United Nations and the Gender & Development Network. Kate holds a Masters in Human Rights from the London School of Economics and a Bachelors in History from Oxford University.