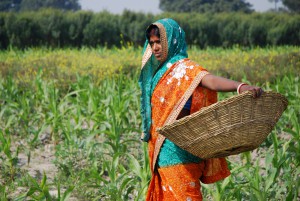 For example, the recognition of freedom of association opened the way for worker mutual solidarity organizations to collectively share the risks related to loss of health or income. These response mechanisms ultimately paved the way for modern social security institutions and in particular the democratic participation of social partners in the management of social security systems. Today, freedom of association and collective bargaining are seen as indispensable for setting up supplementary social security benefits that are created and managed by social partners themselves. The ILO Freedom of Association and Protection of the Right to Organise Convention, 1948 (No. 87) and the Right to Organise and Collective Bargaining Convention, 1949 (No. 98) are the ILO fundamental conventions with regards to freedom of association and collective bargaining. Collective bargaining is not only a means used by social partners to extend and guarantee more favourable social security benefits but it is also used to establish and regulate social security schemes at the corporate, industry-wide and national level.

Family and child benefits, facilitating access to education, are known to be effective means for the abolition of child labour (in this regard refer to ILO Minimum Age Convention, 1973 (No. 138) and Worst Forms of Child Labour Convention, 1999 (No. 182)).

Most national security systems also recognise the principle of equality of treatment and non-discrimination as general principles underpinning the design and functioning of these. In particular matters of social security, equality of treatment should be ensured between protected and unprotected persons; between men and women, in particular as regards retirement age, and between national and foreign workers.  ILO Equal Remuneration Convention, 1951 (No. 100) and Discrimination (Employment and Occupation) Convention, 1958 (No. 111) are of particular relevance in this regard.

Social protection systems are also closely interrelated with other areas of labour rights. In some countries, some aspects of the right to social security are defined in labour legislation, including in the areas of compensation during sick leave and maternity leave, in case of employment injury, as well as with regard to severance pay. Increasingly there is also a move towards coordinating unemployment benefits with active labour market policies to promote full, productive and freely chosen employment (see ILO Employment Promotion and Protection against Unemployment Convention, 1988 (No. 168).

Poor Access to WASH: a barrier for women in the workplace

On 19 November, we mark World Toilet Day and highlight the staggering fact that 2.4 billion people – one third of the world’s population – still live without access to proper sanitation. What does this mean for women in the workplace? Poor access to water, sanitation and hygiene (WASH) persists despite the United Nations General […]

An increasing proportion of the world’s labour force is working in conditions of insecurity, low pay and inadequate social protection. In the wake of the global economic crisis, precarious jobs have proliferated in advanced industrialized countries. In settings where informal work has long been widespread, many jobs are of very low quality and there are […]

This law prohibits discrimination in the labour market. Link to law

National Policy on HIV/AIDS and the World of Work

This policy, based on principles of human rights, aims to guide the national response to HIV/AIDS in reducing and managing the impact of the epidemic in the world of work. Specifically the policy aims to: Prevent transmission of HIV infection amongst workers and their families; Protect rights of those who are infected and provide access […]

Termination of Employment and Severance Pay Act (No. 19)

Article 4.2 establishes an employee’s right to continuous employment in the event that the employee is absent from work due to taking annual, maternity or sick leave, or another type of leave. Article 8.1 states that the following reasons do not constitute good or sufficient cause for dismissal or for imposition of disciplinary action: (a) […]

This Act prohibits discrimination in employment, training, recruitment and membership in professional bodies, and promotes equal pay between men and women who perform work of equal value.

The 2000 modification of the Employment Act No. 14 establishes workers’ rights to maternity leave and maternity benefits.

The Right to Decent Work and Freedom of Association in Peru

This is the first judgment delivered by the Inter-American Court of Human Rights that recognizes the direct enforceability of economic, social and cultural rights (ESCR) under Article 26 of the American Convention on Human Rights. In this case, a labor leader successfully asserted a claim against Peru for violating his rights to work, to freedom […]

Access to Leave from Work for Domestic Violence in Australia

Law Four-yearly review of modern awards under section 156 of the federal Fair Work Act 2009. Reasoning Building on the success of collective bargaining for clauses supporting workers facing domestic and gender-based violence (GBV), and concerned for female and male workers not covered by agreements, the Australian Council of Trade Unions (ACTU) put a case […]

Regional Protection against HIV-Based Discrimination in the Armed Forces

The decision originated in separate employer decisions to discharge from the Mexican Army two HIV-positive servicemen who had tested for the virus in standard army-run medical examinations. In the first case, J.S.C.H. had been in the army as a driver for 19 years. The second case involved M.G.S., an infantry corporal with twelve years’ service. […]

The Rights to Work and Health in The Sudan

Upon an urgent request, the Constitutional Court of South Africa intervened in a lower court affair to prevent the municipal government and Metropolitan Police Force from hindering what was asserted to be lawful activity by informal traders under the auspices of “Operation Clean Sweep”. Until the legality of the program that prevented trading in public […]

Main Takeaways Urgent measures are necessary to provide sufficient income to millions of people who cannot work due to pandemicrelated restrictions, so that they can still meet their basic needs. Many of these workers lack social and labor protections.  Basic income schemes vary in type, design and implementation. Those that are universal, durable and unconditional […]

Aspirations matter: what young people in Ghana think about work

Aspirations play a vital role in shaping young people’s life choices, particularly when it comes to making decisions about education and jobs. However, youth employment programmes – which seek to provide young people with the skills and opportunities needed to secure employment and achieve higher living standards – rarely take young people’s aspirations into account. […]

Making apprenticeships and workplace learning inclusive of persons with disabilities

Governments, skills development institutions, employers and other stakeholders – including workers’ organizations and those of persons with disabilities – have a role in promoting a positive environment that allows persons with disabilities to be fully productive in the workplace. Examples from around the world demonstrate how disability-inclusive apprenticeships and workplace learning can be put into […]

This joint OECD-ILO publication provides guidance on how local and regional governments can foster business-education partnerships in apprenticeship programmes and other types of work-based learning, drawing on case studies across nine countries. There has been increasing interest in apprenticeships which combine on the job training with classroom-based study, providing a smooth transition from school to […]

Labor Institutions and Development Under Globalization

This paper reviews the erosion of labor and social protections for U.S. workers and households over recent decades. It discusses the causes and the relative weight of different elements of the erosion in order to bring clarity to the discussion of needed reforms. It proposes a framework of policy objectives and principles to guide choices […]