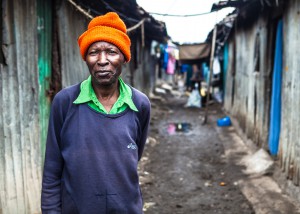 The Committee on Economic, Social and Cultural Rights has noted in its General Comment No. 19 that States parties are obligated to ensure that social protection measures encourage behaviour that advances equality. Thus, discrimination on the basis of race, colour, sex, age, language, religion, political or other opinion, national or social origin, property, birth, physical or mental disability, health status, sexual orientation, and civil, political, social or other status, which has the intention or effect of nullifying or impairing the equal enjoyment or exercise of the right to social security is prohibited (para 29).

Social security programmes should address power imbalances and the multiple forms of discrimination that disadvantaged and vulnerable groups experience, as well as their specific needs throughout their lives: during adolescence, adulthood and old age.

In its preamble, ILO Recommendation 202 recognizes that social security is an important tool to prevent and reduce poverty, inequality, social exclusion and social insecurity; and to promote equal opportunity and gender and racial equality. It emphasizes States’ responsibility to apply the principle of equality in implementing the Recommendation (para 3d), as well as specifying the critical role of disaggregated data for the effective monitoring of the floors (paras 19 and 21). Moreover, several of the basic guarantees that national social protection floors should establish, such as basic income security for those unable to earn an income, adequate access to healthcare that is available accessible, acceptable, and adequate (para 5).

Throughout the world, more people are working later in life. Between 2000 and 2017, the employment-to-population ratio at ages 60 to 64 increased 15 percentage points among the 36 mostly high-income nations that make up the Organisation for Economic Co-operation and Development (OECD). Employment rates for this age group increased 38 points in Germany, 30 […]

The Equality Act 2010 legally protects people from discrimination in the workplace and in wider society. It replaced previous anti-discrimination laws with a single Act, making the law easier to understand and strengthening protection in some situations. It sets out the different ways in which it’s unlawful to treat someone. Link to Act

The overall purpose of this policy is to promote the health, well-being and productivity of Public Officers by developing and implementing effective HIV/AIDS sustainable prevention, care and control programs; and eliminating stigma and discrimination on the basis of real and perceived HIV status. This Policy establishes a set of guidelines to protect the health and […]

The Policy provides the framework for addressing the HIV/AIDS/STI/TB situation in Zambia, outlines the causes and factors that perpetuate transmissions, including the debilitating effect on the Zambian population. It also outlines the response and impact mitigation interventions that are already in place, while also stating the vision, measures, institutional and legal frameworks necessary for its […]

This Act makes provisions for the enforcement of the principles enshrined in Article 29 of the Constitution of Guyana so as to secure equality for women and for matters connected therewith. Link to Act

Termination of Employment and Severance Pay Act (No. 19)

Article 4.2 establishes an employee’s right to continuous employment in the event that the employee is absent from work due to taking annual, maternity or sick leave, or another type of leave. Article 8.1 states that the following reasons do not constitute good or sufficient cause for dismissal or for imposition of disciplinary action: (a) […]

This Act prohibits discrimination in employment, training, recruitment and membership in professional bodies, and promotes equal pay between men and women who perform work of equal value.

Summary:  Shayara Bano was married for 15 years. In 2016, her husband divorced her through talaq–e-bidat (triple talaq). This is an Islamic practice that permits men to arbitrarily and unilaterally effect instant and irrevocable divorce by pronouncing the word “talaq” (Arabic for divorce) three times at once in oral, written or, more recently, electronic form. Ms Bano […]

Summary:  In February 2016, a Romani woman gave birth a public hospital in Miskolc, north-eastern Hungary. During labour she cried out with pain and the midwife yelled at her “if you shout once more I will push the pillow into your face”. When the woman apologised, the doctor said to her “if you had shouted […]

Protection against Employment Discrimination in the Republic of Korea

In previous observations on the application of the Equality of Treatment (Accident Compensation) Convention, No 19, the Committee of Experts had expressed deep concerns over the situation of more than 2 million migrants working in Thailand. In response to these concerns, the Thai Government argued that the Workmen’s Compensation Act B.E 2537 of 1994 (WCA) […]

Recent years have witnessed the significant expansion of social protection programmes around the world. Yet, a vast number of poor and vulnerable people, including children, women, ethnic minorities, and persons with disabilities, remain uncovered, especially in lower-income countries. This article argues that a better understanding of the principle of equality and non-discrimination, as defined under […]

Cash transfers: what does the evidence say? A rigorous review of programme impact and of the role of design and implementation features

Cash transfers have been increasingly adopted by countries worldwide as central elements of their social protection and poverty reduction strategies. A growing number of studies provide rigorous evidence on the impact of cash transfers, and the role of specific cash transfer design and implementation features in shaping outcomes. This rigorous review of the impact of […]

This brief synthesizes research findings, analysis and policy recommendations on transforming pension systems to reduce gender gaps and protect women’s income security in old age. Ageing has a female face. Women not only live longer than men but are also less likely to enjoy income security and economic independence in old age. Because of a […]

Migration Governance and Migrant Rights in the Southern African Development Community (SADC): Attempts at Harmonization in a Disharmonious Region

This paper examines prospects for enhanced regional migration governance and protection of migrants’ rights in the Southern African Development Community (SADC). Migration in this region is substantial in scale and diverse in nature, incorporating economic, political and mixed migration flows. In addition to movements between countries within the region, migrants also come from across the […]

Eliminating Discrimination and Inequalities in Access to Water and Sanitation

Patterns of marginalisation and exclusion are present all over the world, with stark and persisting inequalities in access to water and sanitation. Progress made in the water and sanitation sector does not always benefit those who are most in need of these services, in particular the poorest, people living in informal settlements and/or people marginalised […]

Outcomes of the international seminar “Public Policies for Equality: Towards Universal Social Protection Systems”, which was held in Montevideo, Uruguay, on 4 and 5 December 2013. The objective of the seminar was to foster the debate on and the construction of universal social protection systems in the countries of Latin America and the Caribbean; disseminate the good […]