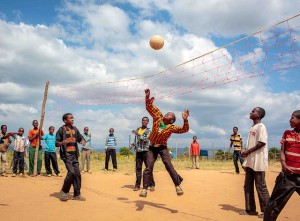 Social protection floors have great potential to facilitate the enjoyment of several economic and social rights, including the rights to social security, health, food, housing, education and water, in accordance with States’ obligations under international human rights law.  When used as they are intended —as minimum levels rather than an optimum levels of protection — social protection floors can contribute significantly to gender equality and the realization of basic, essential levels of the rights, including the rights to social security, food, health and education, especially for marginalized groups.
Human rights norms and social protection floors complement one another. National social protection floors’ success in achieving gender equality, minimum levels of economic, social and cultural rights and protecting vulnerable groups , such as children, older persons, persons with disabilities, informal workers and non-nationals, will depend on whether they are established and implemented according to human rights standards and principles.

The Right to Decent Work and Freedom of Association in Peru

This is the first judgment delivered by the Inter-American Court of Human Rights that recognizes the direct enforceability of economic, social and cultural rights (ESCR) under Article 26 of the American Convention on Human Rights. In this case, a labor leader successfully asserted a claim against Peru for violating his rights to work, to freedom […]

State and Corporate Accountability in the Democratic Republic of Congo

Summary:  In 2004, a small number of lightly armed rebels tried to take control of Kilwa, a remote fishing town in the Democratic Republic of Congo (Congo). About 50 km away from Kilwa there is a copper and silver mine, where Anvil Mining Company (Anvil Mining), a small Australian-Canadian mining company, had mining operations. Notably, […]

The Right to Land and Livelihoods in India

This case focuses on the compulsory acquisition of land by the State of West Bengal for a car manufacturing unit under the auspices of “public purpose”. The Supreme Court of India determined that the acquisition had not been for a public purpose, but for the benefit of a company, and ordered the return of the […]

Main Takeaways Urgent measures are necessary to provide sufficient income to millions of people who cannot work due to pandemicrelated restrictions, so that they can still meet their basic needs. Many of these workers lack social and labor protections.  Basic income schemes vary in type, design and implementation. Those that are universal, durable and unconditional […]

‘Leave no one behind’ is a principle central to achieving the 2030 Agenda for Sustainable Development. This policy briefing, based on five years’ research by the PRISE project, puts forward the view that governments, development partners and investors must prioritise investments to tackle poverty and climate vulnerability in dryland areas to ensure that no one […]

Toward more inclusive measures of economic well-being: Debates and practices

Women at work: addressing the gaps

Despite progress in education and health worldwide, women still face significant barriers to engage as full economic citizens. There are significant gender gaps in wages and labour market participation. In many cases, women also face barriers and lack the assets needed to become entrepreneurs. These inequalities remain large, persistent and pervasive in many parts of […]

The Universal Periodic Review of the United Nations Human Rights Council is a process to review each of the 193 Member States of the UN on its entire human rights record every four and a half years. This database allows you to access and search all the sexual rights related recommendations and references made during […]

One year into Brazil’s 20-year constitutional cap on public spending, the Center for Social and Economic Rights, the Instituto de Estudos Socioeconômicos (INESC) and Oxfam Brazil have presented new empirical findings to the Brazilian Congress that illustrate austerity’s already severe impact on basic social and economic rights in the areas of food security, health and […]

Transitions bring the opportunity to rewrite the social contract between state and society, to restructure institutional architecture and tackle the political, social and economic deficits that contribute to social exclusion and deprivation. In transitions, economic and social rights have the potential to translate people’s social justice claims into normative and enforceable entitlements through constitutional processes […]

The Optional Protocol to the International Covenant on Economic, Social and Cultural Rights: A Commentary

This commentary aims to address the need for scholarly research, reasoned argument, consistent interpretation and creative approaches to advocacy, adjudication and remedies under the new OP-ICESCR to ensure that its promise and purpose are fully realized. It aims to provide commentary that is rigorous from a scholarly perspective but relevant for practice and helpful in […]