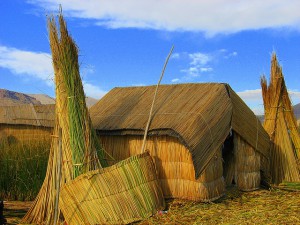 Social protection systems have the potential to assist in the realisation of the right to an adequate standard of living, which includes the rights to adequate nutrition and housing. The human right to adequate housing as as outlined in Article 11 of the International Covenant on Economic, Social and Cultural Rights encompasses more than simply four walls and a roof.

The Covenant affirms that States parties must “recognize the right of everyone to an adequate standard of living for himself and his family, including adequate food, clothing and housing, and to the continuous improvement of living conditions,” also stating that governments must “take appropriate steps to ensure the realization of this right.” Miloon Kothari, Special Rapporteur on adequate housing as a component of the right to an adequate standard of living (2000-2008) stated that it was “the right of every woman, man, youth and child to gain and sustain a safe and secure home and community in which to live in peace and dignity.”

Social protection and the right to housing can be seen as mutually supportive. In General Comment No. 19, the CESCR highlights the requirement for social security schemes to provide minimum essential levels of benefits to all individuals to ensure access, among other things, to basic shelter and housing. Persons unable to earn an income, and who also cannot access adequate social security, are at risk for being denied adequate housing. Additionally, adequate housing can also be a precondition for the enjoyment of social security where proof of residency is a requirement for the receipt of social services or health care. Providing vulnerable populations with resources can contribute to the realization of the right to adequate housing by allowing beneficiaries “to generate income, protect assets and accumulate human capital.”

As regards the right to adequate health standards, housing with inadequate sanitation can hinder the right to health and thereby affect the provision of adequate medical care services. Housing from which employment opportunities are inaccessible can also hinder a person’s ability to earn a living, and consequently to access income-related benefits and services. Finally, it should be noted that homelessness, unemployment and lack of social security systems strongly correlate to poverty.

“When you’re homeless, you feel like people really don’t care and no one really knows where you are. But Back on My Feet found us.” Valerie, Back on My Feet Member, Philadelphia   Civil society organizations play an important role in providing opportunities for the most vulnerable members of society, such as the homeless, to […]

UK Court expands definition of domestic violence in context of housing rights The Supreme Court of the UK confirmed that the legal definition of the word ‘violence’ expands beyond physical contact, to encompass emotional and psychological as well as financial abuse, for the purposes of being classified as homeless and receiving access to social housing. […]

State and Corporate Accountability in the Democratic Republic of Congo

Summary:  In 2004, a small number of lightly armed rebels tried to take control of Kilwa, a remote fishing town in the Democratic Republic of Congo (Congo). About 50 km away from Kilwa there is a copper and silver mine, where Anvil Mining Company (Anvil Mining), a small Australian-Canadian mining company, had mining operations. Notably, […]

The Right to Adequate Housing in Spain

Nature of the Case:  The case concerns a landlord’s profit-making by levying electrical service charges on tenants over and above the rent and the actual cost of electricity they consumed. The court characterized the Rental Housing Tribunal’s ruling in the initial complaint as administrative action and reviewed it to determine whether it was fair and […]

Right to Adequate Housing in Peru

Nature of the Case Constitutional remedy filed against a lower court decision of March 21, 2013 (resolución de fojas 394, Sala Especializada Civil de la Corte Superior de Justicia de Cajamarca), which dismissed a complaint by a citizen of Cajamarca against the Ministry of Energy and Mines, and Minera Yanacocha S.R.L., requesting the protection of […]

Report of the Special Rapporteur on adequate housing as a component of the right to an adequate standard of living, and on the right to non-discrimination in this context (A/HRC/37/53)

In the present report, the Special Rapporteur on adequate housing as a component of the right to an adequate standard of living, and on the right to non-discrimination in this context provides States and other actors with concrete guidance on implementing effective rights-based housing strategies. The report explains the difference between a housing strategy and […]

Since 2015, FEANTSA and the Fondation Abbé Pierre have released a yearly Overview of Housing Exclusion in Europe. These annual reports look at the latest Eurostat data (EU-SILC) and assess EU countries’ capacity to adequately house their populations. The 2017 version reveals alarming evidence of rising homelessness across the majority of the European Union, as well as […]

Ignored and Unequal: Roma Access to the Right to Housing and Education in Turkey

Turkey’s Roma population and similar social groups such as Abdal have long been among the country’s most marginalized communities. Despite being guaranteed in both domestic and international law, in practice for many Roma the right to education and housing remain out of reach: however, limited data on the disparities and discrimination they face has contributed […]

The analysis of urban development of the past twenty years presented in this maiden edition of the World Cities Report shows, with compelling evidence, that there are new forms of collaboration and cooperation, planning, governance, finance and learning that can sustain positive change. The Report unequivocally demonstrates that the current urbanization model is unsustainable in […]

The Right to Adequate Housing (Fact Sheet No. 21)

International human rights law recognizes everyone’s right to an adequate standard of living, including adequate housing. Despite the central place of this right within the global legal system, well over a billion people are not adequately housed. Millions around the world live in life- or health-threatening conditions, in overcrowded slums and informal settlements, or in […]