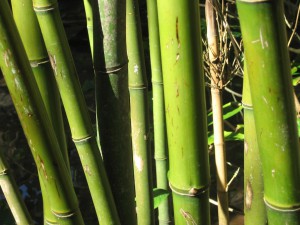 Responding to the social protection needs of the population requires a sufficient level of resources. Most of these resources have to be raised at the national level, ensuring sustainability, equity and solidarity in financing, and good governance. National tax systems are one important source of financing, particularly with regard to a sufficiently broad and progressive revenue base, taking into account different types of taxes. Other possible options to expand fiscal space for social protection include the reprioritization of public expenditure, earmarking revenues from natural resources, as well as international cooperation and support in the case of countries with insufficient economic and fiscal capacities.

While different strategies can be sought to raise the necessary resources for social protection, such as the re-prioritization expenditures, increases in the tax base, improvements in the collection of revenues etc., the creation of the necessary fiscal space in the government budget to finance  social protection benefits ultimately depends on the political will do commit the necessary resources. For tax-financed provisions, the tax base has to be sufficiently progressive; otherwise the objectives of the social protection system are undermined by the tax burden placed on the poor and vulnerable population groups. Similarly, contributory schemes need to take the contributory capacity of persons covered into account. The financial sustainability of the social protection system also greatly depends on the government’s ability to enforce existing tax and contribution obligations. Financial sustainability also requires that provisions are made for the system to be able to respond to shocks or crises.

Human Rights in an Age of Austerity: casualty or compass?

Ten years since the global economic crisis, social and human rights protections have fallen victim to austerity measures in countries across the globe. Preventing another “lost decade” will require us to see human rights values not as merely collateral damage of economic policy, but as cogent and universal norms actively guiding tough fiscal dilemmas in […]

The paper provides regional and global estimates of the costs and financing gaps of target 1.3 of the Sustainable Development Goals (SDGs) relating to social protection and analyses a number of options for filling those financing gaps in the developing countries using domestic and external resources. The paper considers four policy areas (excluding health) of […]

Perspectives on tax reform in Brazil

There is no question that the salience of tax reform in Brazil is high. It has become common to point out the country’s low quality of public services and high level of taxes, at least from the view of the country’s “middle class” and poorer income groups. In this context it would be desirable to […]

Financing the end of extreme poverty

In 2015, leaders of all countries committed to “eradicate extreme poverty for all people everywhere” by 2030. In the past 25 years, the world has managed to halve the number of people living in extreme poverty. Yet despite this progress, at least 400 million people will still be living on less than $1.90 a day by […]

Social Outlook for Asia and the Pacific: Poorly Protected

Report of the Special Rapporteur on extreme poverty and human rights on his mission to the United States of America (A/HRC/38/33/Add.1)

The Secretariat has the honour to transmit to the Human Rights Council the report of the Special Rapporteur on extreme poverty and human rights, Philip Alston, on his mission to the United States of America from 1 to 15 December 2017. The purpose of the visit was to evaluate, and report to the Human Rights […]

The Case for a Progressive Tax: From Basic Research to Policy Recommendations

This paper presents the case for tax progressivity based on recent results in optimal tax theory. We consider the optimal progressivity of earnings taxation and whether capital income should be taxed. We critically discuss the academic research on these topics and when and how the results can be used for policy recommendations. We argue that […]

Tax on Large Fortunes: the recent international debate and the situation in Brazil

Many discussions have taken place in Brazil about legislation pertaining to the Tax on Large Fortunes (Imposto sobre Grandes Fortunas—IGF). In the current scenario, with the country facing a second consecutive annual decrease in tax revenue, the subject of the implementation of the IGF is gaining some traction, with its proponents vehemently arguing that it […]

Globally, women perform the great majority of unpaid care work. This unjust distribution of labour has profound impacts on women’s human rights and is both a product and a driver of gender inequality. Despite the obligations of the State to ensure economic policies are non-discriminatory and prioritize human rights, today regressive tax policies and underfunded […]