Human Rights in an Age of Austerity: casualty or compass? 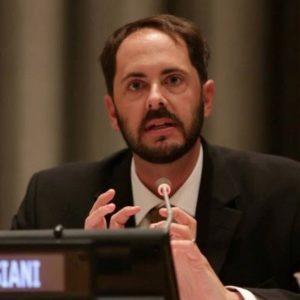 Ten years since the global economic crisis, social and human rights protections have fallen victim to austerity measures in countries across the globe. Preventing another “lost decade” will require us to see human rights values not as merely collateral damage of economic policy, but as cogent and universal norms actively guiding tough fiscal dilemmas in the public’s interest.

Don’t believe the GDP. According to the crudest metric, the global economy has largely recovered since the financial crisis. While the markets may be momentarily healthy again, people are still suffering significant scars from an ongoing “age of austerity”. The world in 2018 is very different than in 2008.

Born from a toxic mix of hubris, policy capture and miscalculation, the 2008 financial crisis reshaped our world in ways both obvious and obscure. One of the most profound consequences of the crisis is the seemingly widespread belief that resource scarcity is the new normal, and that there is no real alternative to chronic austerity. Once the initial counter-cyclical responses to the crisis were deemed inadequate, the faulty narrative of an overextended and unaffordable government took root. The ubiquity of austerity was the result, with two out of every three countries entering into some form of fiscal adjustment.

While rarely discussed in the financial news, this new age of austerity has been a fundamental factor in the backsliding of basic human rights and social protections worldwide over the past decade. Budget cuts to essential public services have directly weakened the rights to health, education, food, housing, water and sanitation, a healthy environment, access to justice and social protection. Meanwhile, regressive tax reforms thwart the equal right of everyone to an adequate standard of living by exacerbating economic, gender and other inequalities. Crisis-induced labour market reforms pose particular harm to human rights in the workplace, while pension reforms have too often infringed upon older persons’ right to social security, especially for older women. These adjustment packages have largely been blind to their disproportionate impacts, further exacerbating unequal treatment of those already disadvantaged, especially those suffering intersecting forms of discrimination.

In Brazil, for example, a 2016 constitutional amendment took the unprecedented step of freezing real public spending for 20 years. The pro-cyclical budget cuts stemming from that decision have already started to fray the country’s social rights fabric. Small-scale farmers and rural households with compromised food security are paying the price, as are women experiencing gender-based violence and low-income households that have family members living with chronic illness, as programmes benefiting these populations are slashed. In Spain, meanwhile, the economy may have recovered, but ordinary people have not. Crisis-induced budget cuts since 2012 have deepened income inequality, made housing more expensive for lower-income families, and created unprecedented levels of long-term unemployment. For those who can find it, work pays less and is even more precarious, especially for immigrant women. Key gender-based violence prevention and gender equality programmes have not recovered from the cuts imposed in 2011. These are just two examples which illustrate a broader trend.

What is to be done? The first order of business is to correct common misconceptions about the relationship between human rights and the economy. Over the past decade, advocates, journalists and scholars have become quite adept at decrying the human rights consequences of unnecessarily restrictive fiscal policies. Yet, human rights have largely been seen as a passive victim of austerity without a broader understanding of alternative policies that would prevent these harms in the first place. Without the broader framework of universal human rights norms effectively guiding economic policy in the public interest, austerity has become the default option in country after country.

In other words, rather than being seen as a compass guiding tough economic policy choices, human rights values have too often been viewed as merely collateral damage from these choices. How can we move from human rights being seen as passive casualties of fiscal discipline to proactive principles for public finance?

One response by human rights bodies around the world has been to rapidly retool themselves to become better watchdogs— rather than simply witnesses— of harmful fiscal policies. Whether you look to the international treaty bodies, UN Special Rapporteurs, the Office of the High Commissioner for Human Rights, various regional bodies, and even domestic courts, the human rights protection regime has made remarkable advances in investigating austerity’s adverse after-effects. Most recently, the UN Human Rights Council passed its most directive resolution yet, supporting the UN Independent Expert on Debt and Human Rights to develop a set of Guiding Principles for assessing the human rights impacts of austerity and other economic reform policies.

Yet, if the human rights protection regime is to move into a more proactive monitoring role to prevent another lost decade, two major challenges—normative and practical—must be faced head-on.

First, on the normative: the human rights treaties that governments ratified decades ago say very little explicitly about economic policies. Human rights norms and mechanisms have advanced greatly of late to more productively guide states’ economic conduct. Yet, the tendency to grant governments near-perfect discretion in economic matters, especially in times of apparent fiscal emergency, is still common. For example, human rights law prohibits governments from backsliding in the realization of social and economic rights. But how does this abstract duty to non-retrogression figure when a government in a fiscal crisis argues that cutting health and education spending now is absolutely necessary to prevent speedy spikes in borrowing costs which would put social spending at jeopardy in the future? Surely every government has the right to determine its own way out of a fiscal crisis… but at what human rights cost?

Prompted by submissions and interventions from economic and social rights groups such as the Center for Economic and Social Rights (CESR), some human rights bodies are making great advances in applying human rights norms to economic policy. The UN Committee on Economic, Social and Cultural Rights has developed a sophisticated set of criteria to judge whether governments’ austerity policies run afoul of the non-retrogression prohibition, including whether these measures are temporary, proportionate, equitable and necessary. The body has begun integrating these criteria into its country reviews and its individual cases—a significant landmark which other human rights bodies can learn from.

When it comes to the practical challenges, human rights bodies are still building up the capacity to robustly monitor and evaluate fiscal consolidation measures over time. Recent efforts from treaty bodies and national human rights institutions illustrate increasingly sophisticated ways to monitor these policies. Yet, an expanded set of tools is needed to transform human rights bodies into platforms for fiscal policy accountability.

Part tool to assess the foreseeable human rights consequences of austerity and part mechanism for advancing a suite of alternatives to fiscal consolidation, Assessing Austerity provides a methodological framework that illustrates how human rights can be used in quite practical ways to inform difficult public financing dilemmas.

We hope this new tool is one step to prevent another lost decade by putting economic policy at the service of human rights and social protection, rather than vice versa.

Nicholas Lusiani directs the Human Rights in Economic Policy programme at the Center for Economic and Social Rights, where he focuses on promoting alternative human rights-aligned economic and fiscal policies. A frequent contributor to debates on fiscal policy, his recent co-authored publications include: Assessing Austerity: Monitoring the Human Rights Impacts of Fiscal Consolidation, A Strange Alchemy: Embedding human rights into tax policy spillover assessments, The Gendered Costs of Austerity: Assessing the IMF’s role in budget cuts which threaten women’s rights and Switzerland’s State Responsibility for the Impacts of Cross-border Tax Abuse on Women’s Rights & Gender Equality. Niko has previous experience in the fields of business and human rights, indigenous rights in the extractive industry, human rights in Syria and criminal justice in the United States. He received a Master’s degree from the School of International and Public Affairs at Columbia University, where he specialized in international human rights law and macroeconomics.