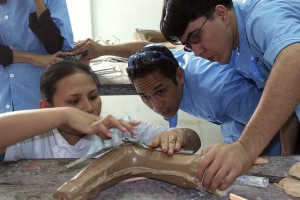 Although the overall responsibility for the provision of social protection is with the State, the delivery of social protection benefits involves not only public authorities, but in many contexts, also private actors. In fact, with increasing pressure on public budgets, the privatization of delivery mechanisms appears as an attractive alternative to the publicly provided delivery mechanisms. This raises questions around the appropriate legal and regulatory framework, the adequacy of benefits provided, accountability and transparency, and effective appeal and complaint mechanisms.

The Case Against the Commodification of Social Protection

In May 2006, the UN Committee on Economic, Social and Cultural Rights expressed its concern about the fact that a significant number of countries that had been ensuring a certain level of social protection through public intervention were transferring part of the responsibility to the private sector (CESCR 2006). More than bringing private actors into […]

Most analyses of Central and Eastern Europe’s (CEE) second-pension pillars focus on Hungary and Poland, the first CEE governments to establish such pillars (1997-1999) and the first to retrench them (2010-2011). However, as the regional front-runners in second-pillar creation and termination, Hungary and Poland differ in some important ways from other CEE countries that adopted […]

Reclaiming Policies for the Public: Privatization, partnerships, corporate capture and their impact on sustainability and inequality — assessments and alternatives

In the 2030 Agenda governments committed to a revitalized Global Partnership between States and declared that public finance has to play a vital role in achieving the SDGs. But in recent decades, the combination of neoliberal ideology, corporate lobbying, business-friendly fiscal policies, tax avoidance and tax evasion has led to a massive weakening of the […]

Social Protection in the Occupied Palestinian Territory: The role of Zakat

The present study looks at the importance of the zakat system for social protection in the West Bank of the Occupied Palestinian Territory. It was undertaken in the context of the work of the Economic and Social Commission for Western Asia (ESCWA) on the mixed economy of welfare in Arab countries, introduced through the 2014 […]

Basic social services such as education, water and sanitation, healthcare and housing are intended to meet essential human needs. States are given the task of guaranteeing equal access to these services, either through direct provision or through the regulation of services provided by other institutions, such as businesses or civil society organizations. Following independence, most […]

This paper systematically compares and evaluates the reforms of private pensions systems in Argentina, Chile, Bolivia, and Hungary due to initial failures in design and performance after its implementation. The document presents advantages and flaws of the structural reforms and private pension systems before the re-reform and analyses legal features and socio-economic effects of the […]