The Case Against the Commodification of Social Protection 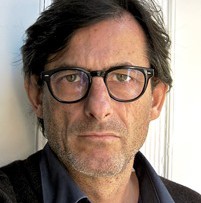 In May 2006, the UN Committee on Economic, Social and Cultural Rights expressed its concern about the fact that a significant number of countries that had been ensuring a certain level of social protection through public intervention were transferring part of the responsibility to the private sector (CESCR 2006). More than bringing private actors into the process of supplying goods and services that are needed to secure the human right to social security, it is their commodification that seems particularly menacing.

In business jargon, commodification is usually interpreted as the transformation of goods and services into commodities, in other words into goods or services which are fully or partially mutually interchangeable (or fungible in economic terms). The understanding of the concept applied here, however, is closer to that of political economy, where commodification means above all a process within which economic value is assigned to something not previously considered in pure economic terms. As a commodity social security has, therefore, a price, and is provided in order to meet a viable demand, and obtain a return, as with any other commodity traded on a market. This commodification can also be characterized by the marketization of the state, in other words by the growing tendency of the state to behave like a market-oriented firm.

One significant stand on human rights holds that international norms should be neutral with respect to economic systems, the main responsibility of the state being to create an enabling environment for people to claim their rights effectively. Private provision would, then, be as good a way of securing social protection as another if the conditions for people to claim their rights end up being effectively improved. This consequentialist perspective of human rights, chiefly concerned with outcomes, is quite legitimate, and deep down it is perhaps what matters the most when individuals face deprivation.

Means are as important as ends

However, we should not forget that human rights language is essentially deontological and, therefore, concerned with principles that remain important regardless of their consequences. In other words, means are as important as ends. Consequently, discussing the most effective ways to provide social protection to every household does not exhaust the debate on the human right to social security. The providers of goods and services necessary to secure human rights in general, and the right to social security in particular, are bound to respect a set of fundamental principles, namely universality, equality, indivisibility and accountability.

Universality implies that no one can be arbitrarily deprived of the enjoyment of human rights. Beyond the legitimate statutory exceptions, basic liberties do not admit exclusion, in other words if rights are not guaranteed for all, then they belong to none. In practical terms this means that the only acceptable situation is for the entire population to be covered by some social protection scheme, at least as a trend in that direction. Any situation other than universal coverage must be considered not only inferior, but also unacceptable, as it could constitute a violation of a human right, although the conditionality and progressivity clauses introduced in the very wording of economic and social rights may prevent such an extreme outcome (Branco 2009). As a result of these clauses, contrary to civil and political rights, there is no deadline for States Parties to implement economic and social rights. Therefore it is very difficult to charge them with failing to meet their obligations. This haziness has only partially been lifted with the entry into force of the Optional Protocol to the International Covenant on Economic, Social and Cultural Rights.

Equality means that human rights, if they are to be fully understood as rights, must be equally allocated among all those entitled to enjoy them within the community. Basic liberties, once again, do not admit any allocation other than an egalitarian one. This does not imply that goods and services necessary to secure human rights must be equally distributed among people, but that everyone must have equal access to a minimum amount of that material provision considered fundamental to secure a given human right.

Indivisibility of rights, in turn, means that the value of each human right is intrinsically equal and, therefore, that they cannot be ranked in a hierarchical order. If one can admit that, in practice, it is hard to avoid prioritizing them, that is to say achieving some rights before others when resources are scarce, one must agree that one part of the overall goal cannot be achieved to the detriment of another.

Accountability, finally, implies that if one endorses human rights one should also accept that each individual has some sort of claim on society concerning the provision of those goods and services that are needed to secure human rights. If this provision is not being secured, he or she should be able to hold someone or some institution responsible. Indeed, the right of an individual corresponds by definition to the duty of another or of the community at large and if the rights of an individual are not secured, this means that other individuals or institutions have failed in carrying out their duties (Branco 2009).

The commodification, or marketization, of social security does not guarantee that these principles will be respected. One of the basic assumptions of market logic is that individuals are driven by self-interest, markets playing an intermediary role in the process of satisfying each individual’s interest. Universality, on the contrary, presupposes that individual interest is somewhat put into hibernation. Markets can state a preference on how much to produce, how and when in order to meet viable consumer demand, but they do not hold arguments to state that universal coverage is better than any other structure of social allocation of goods and services.

What matters for markets when exchanging commodities is that sellers are able to sell what they wish at market prices and that buyers are able to buy what they desire at the same prices. The fact that some agents are not able to buy what they wish at market prices on account of a tight budget constraint is of almost no concern. In addition markets also do not worry about the fact that some agents may be able to afford to buy substantially more goods and services than others. When commodities in general are involved the critical issue is ability to pay, in other words purchasing power. When rights are involved, however, the issue is entitlement, the criteria according to which an individual should be qualified to enjoy rights and the consequences of the use of such criteria.

In human rights language, the exchange taking place between a recipient and a provider is converted into a relationship between a rights holder and a duty bearer. Being accountable is therefore compulsory for a provider. When the state, for example, fails to secure an individual’s human rights, the state is accountable, either legally in a court of law or politically through elections. If the market fails to secure human rights, whom should the individual turn to? The state is both known and elected—at least in democracies. The market, on the contrary, is by definition anonymous and self-appointed.

Some argue that privatization would actually reinforce accountability in delivering social security (e.g. World Bank 2012; Kotlikoff 1996), but the sort of accountability referred to in these arguments relates to a responsible relationship between providers and paying customers and not to accountability to those individuals that have been excluded from access to social security. In practice, though, state provision may end up not securing the human right to social protection either. For instance, in 2013 the Portuguese government, allegedly urged by the debt crisis, made severe cuts in pensions. In the United States we have also witnessed pension reductions for Detroit municipal workers, Wisconsin state workers and US federal workers. However, as argued above, state failure is of a substantially different nature as it can be legally or politically challenged whereas a private pension fund cannot be held accountable for what it could claim to be investment hazard.

Other consequences of commodifying social security are twofold. On the one hand, it transforms the relationship between the recipient and the provider of human rights into a commercial relationship (Carvalho and Rodrigues 2008). A commercial relationship connects a buyer and a seller who exchange goods and services in return for a certain amount of money with the purpose of maximizing utility in the case of the former and profit in the case of the latter.

First, the utilitarian approach that follows commodification contradicts the principle of the indivisibility of human rights. Indeed, in a market transaction individuals are supposed to rank their consumption preferences according to the marginal utility they attach to each good and service and, therefore, select the ones at the top of their list and neglect the others. Second, in human rights’ discourse the individual is taken as a rights holder rather than as a client, and the provider as a duty bearer rather than as a dealer.

On the other hand, the commodification of human rights could lead to their objectification. Exchanging home appliances and social security according to the same principles of exchange value implies considering human rights as having the same properties as a toaster or a microwave oven. Likewise, by being treated as a client like any other, by becoming interchangeable, the rights holder ends up assimilated to the same goods and services he or she is exchanging.

Providing goods and services in order to satisfy a consumer’s viable demand is one thing; providing them in order to satisfy a rights holder’s request is quite another. The tension lies precisely along the line that separates these two manifestations of a need, the former of an economic and, thus, private nature, and the latter of a political and, thus, public nature. By means of commodification, human rights end up filled with exchange value while emptied of political significance, and individuals upgraded as customers while downgraded as citizens.

CESCR (Committee on Economic, Social and Cultural Rights). 2006. Day of General Discussion on the Right to Social Security. Proceedings, Geneva, 15 May.

Kotlikoff, L. J. 1996. “Privatization of Social Security: How it works and how it matters”, in Tax Policy and the Economy edited by J. M. Poterba, 1-32. Boston: MIT Press.

Manuel Couret Branco is associate professor of economics at the University of Évora, Portugal, where he teaches Development Economics, Economics of Social Policy and Political Economy of Human Rights. He is a research member of the Center for Research On Political Science and International Relations (NICPRI). His latest publications include the book Economics versus Human Rights (2009), the book chapter The Social Costs of Water Commodification in Developing Countries (2012) and the articles Economics Against Democracy (2012) and The Political Economy of the Human Right to Water (2010).