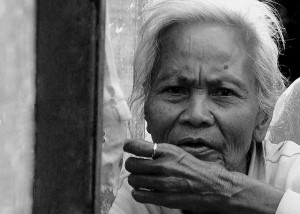 It is essential that persons are provided with reliable sources of income security throughout their old age. As people grow older, they can rely less and less on income from employment for a number of reasons: while highly educated professionals may often continue well-remunerated occupations until late in their life, the majority of the population is usually excluded from access to well-paid jobs at older ages. Private savings and assets (including housing ownership) make a difference, but for most people are usually not sufficient to guarantee an adequate level of income security until the end of their lives. Private, intra-family transfers may be important as an additional source of income security but are very often far from sufficient and not always reliable, in particular for families already struggling to live on a low income.

For all these reasons, in many countries public pension systems became a foundation on which at least basic income security has been built. While in most countries contributory pension schemes exist that protect those who have had the possibility of contributing, non-contributory pensions play a greater role in ensuring at least a basic level of protection for all (in the case of universal pensions) or for those who do not have a sufficient level of pensions from other sources (in the case of means-tested pensions).

Income security in old age depends also on the availability of and access to publicly provided social services – provided free or at low charge – including health care and long-term care. If secure and affordable access to such services is not provided, older persons and their families are pushed into extreme poverty.

In discussing the ways to protect and promote the human right to social security, particularly the right to old age security, Amartya Sen’s work provides important insights. Sen (2009) argues for understanding human rights as powerful moral claims, transcending a legal interpretation of these rights (as legal demands, motivation or ideals for legislation). There is […]

This Act establishes regulations for national insurance and social security.

This Act makes provisions for the payment old age pensions.

Reflecting the trend to find all three long-term benefits (i.e. invalidity, old-age and survivors’ benefits) in a single national pension system, Convention No. 128 regroups these three branches into one instrument and extends coverage to all employees, including apprentices, or not less than 75 per cent of the whole economically active population, or all residents […]

Survivors Benefits for Unmarried Couples and their Children in the UK

The Laws Regional standards: Article 14 of the European Convention on Human Rights (ECHR) which secures the rights and freedoms of the ECHR without discrimination, read with the right to respect for family life under Article 8 and the protection of property rights in Article 1 of the First Protocol (A1P1).   National legislation: Section […]

Reduction of pensions for condemned prisoners in Azerbaijan

The Court was requested to examine whether Article 109 para. 1 of the Law of Azerbaijan Republic On Pension Maintenance of Citizens, allowing an 80 per cent reduction of pensions for entitled persons who are incarcerated, was inconsistent with the right to social protection, contained in Article 38 of the Constitution of Azerbaijan. According to […]

Social security system of Ukraine in 2014–15 and beyond: towards effective social protection floors

This report presents a review of the recent changes made to the Ukrainian social security system between 2014 and 2015 and of the planned future reforms in the light of international social security standards. The ILO assessment aims to assist the Ukrainian Government and the social partners in effectively formulating and implementing measures to sustain […]

Income Security for Older Persons in the Republic of Korea

This project working paper discusses the prevailing system of income security for older persons in the Republic of Korea with regards to coverage, beneficiaries, and sustainability. It also discusses recently undertaken reforms of the income security system with regards to their budgetary implications. After the introduction of a mandatory pension scheme, coverage of pensions increased […]

This paper discusses the policy options available to developing countries committed to offering universal pension coverage and maximising the incomes of older people. It presents a basic model of a pension system comprising up to three tiers that can be adapted to the circumstances of all countries. The model is based on evidence from both […]

The Gender Dimensions of Pension Systems: Policies and Constraints for the Protection of Older Women

This paper documents the pervasiveness of women’s lack of income security in old age across a large number of countries, but also points to a number of important policy measures that can be taken to address gender pension gaps. It focuses on how pension systems interact with other social and labour market conditions over women’s […]

Ageing in the Twenty-First Century: A Celebration and A Challenge

Population ageing is one of the most significant trends of the 21st century. It has important and far-reaching implications for all aspects of society. Around the world, two persons celebrate their sixtieth birthday every second – an annual total of almost 58 million sixtieth birthdays. With one in nine persons in the world aged 60 […]

This brief paper first recapitulates the main pension financing options and reviews the theoretical pros and cons of pension funding seeking for a logical synthesis. In the second part of the paper, a broad review of the historical experience of pension reforms since the 1980’s is presented as well as in the context of the […]

Shaping the Future of Social Protection: Access, Financing and Solidarity

The proposals set forth in this document rest on the premise that public policy should be guided by the ownership of rights. These recommendations are therefore designed to build bridges between social rights and the policy guidelines needed to make them more enforceable through improved access, better financing and greater solidarity. To that end, an […]

This paper systematically compares and evaluates the reforms of private pensions systems in Argentina, Chile, Bolivia, and Hungary due to initial failures in design and performance after its implementation. The document presents advantages and flaws of the structural reforms and private pension systems before the re-reform and analyses legal features and socio-economic effects of the […]