Home » Comprehensive, coherent and coordinated policies » Beyond a Production- and Productivity-Centred View on Technological Progress

Beyond a Production- and Productivity-Centred View on Technological Progress 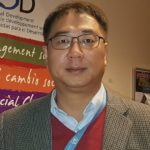 Technology is an important means of implementation for the 2030 Agenda for Sustainable Development and the Sustainable Development Goals. In particular, SDG Targets 17.6,1 17.72 and 17.83 highlight the importance of transferring and diffusing technology and skills from developed to developing countries. The research, development, deployment and widespread distribution of technology—and environmentally sustainable technologies in particular—are actively encouraged in various international technology facilitation mechanisms. United Nations Secretary-General António Guterres’ establishment of the High-level Panel on Digital Cooperation in July 2018 is one way in which the UN system has recognized the significant potential of new technologies to contribute to the realization of the 2030 Agenda.

The 1963 International Covenant on Economic, Social and Cultural Rights (ICESCR) requires States parties to “recognize the right of everyone to enjoy the benefits of scientific progress and its applications”(Article 15.1[b]), underscoring that the development and application of new technologies should also contribute to the realization of “the right of everyone to the opportunity to gain his living by work” (Article 6.1), a right which is significantly affected by the scientific progress and technology development.

In order to incorporate the “leaving no one behind” principle — ensuring that gender equality, respect of the rights of indigenous peoples, migrants, and ethnic and racial minorities, for example, are an integral part of sustainable development— into policy regimes which address challenges and take full potential of the opportunities generated by new technologies, policy makers should pay special attention to the following questions when designing and implementing polices.

Highlighting technology as a means of implementation in the 2030 Agenda without considering its redistributive effects may undermine the realization of its overarching principle of leaving no one behind, which includes achieving universal access to social protection4. Approaches to new technologies which exclusively focus on their potential in production and productivity are a case in point: these approaches are normally based on two widely accepted assumptions of “rising human capital” and “new technology as a neutral factor”. The former, which has dominated economics since the 1950s, contends that over time, production technologies will push workers’ skill levels up and their share of income will rise.

However, the available evidence on the effects of technological change on labour income share demonstrates mixed results. While in developing countries, technological progress resulted in an increase in labour income share; in EU member States, technological progress negatively affected the labour share of income, everything else remaining constant (Francese and Mulas-Granados 2015, Bringuglio and Vella 2014). And the progress of production technology is not neutral, but in many cases, favours skilled over unskilled labour by increasing its relative productivity and, therefore, its relative demand (Violante 2008). This partly explains why technologically advanced countries also have high inequalities in many dimensions, from economic to political to gender-based. Some scholars even suggest that technology is in fact the main driver of the recent increase in inequalities in some countries (Brynjolfsson and McAfee 2014).

Lessons drawn from social policy research findings also point to the short-sightedness of the production- and productivity-centred approaches to technological progress. The developmental outcomes of advanced technologies are in fact shaped by a wider range of social and political institutions, for example those addressing social protection, redistribution and care, in addition to production and distribution. New technologies are not immune to societal pressures such as unequal power relations and inequalities related to gender, ethnicity and location, which often determine the impacts of new technologies on people’s livelihoods and access to social protection. Rather than providing greater and more equal access to social protection, they may result in negative outcomes as seen in the case of The Green Revolution of the 1960s and 70s (Pearse 2015).

While new technologies may facilitate access to social protection measures such as health care, financial inclusion, information and local democracy, these technologies can be monopolized by certain groups, resulting in widening, rather than narrowing, income and other gaps. Another negative social impact of new technologies is major job loss resulting from increasing rates of automation. It is estimated that about 47 percent of workers in the United States, 35 percent in the United Kingdom and 49 percent in Japan may lose their jobs to automation, with a higher projected impact on women’s jobs (The Economist, 25 June 2016). Developing countries with a large share of middle skills-centred industries are even more at risk: an Oxford University and Citi GPS  study estimated that about 85 percent of jobs in Ethiopia, 77 percent in China, 72 percent in Thailand and 69 percent in India were at risk of automation (Citi GPS 2016).

Technology is not only resulting in job loss, but also a radical change in occupational structures. In the United States and Europe, employment polarization is taking place, with increased demand for high-skilled managerial workers and low-skilled manual workers at the expense of middle-wage workers (Autor 2015). In developing countries, robots and automation mean that the already small share of employment in the manufacturing sector is stagnating; a central feature of what economists refer to as “premature deindustrialization” (Rodrik 2015). The deployment of robots and automation can exacerbate inequality by favouring a small group of successful individuals whose talent is amplified and whose income dramatically increases while many others lose out.

Where technology has failed to ensure enjoyment of the right to social protection, or even exacerbated poverty and inequalities, effective remedies and accountability mechanisms should be made accessible by appropriate social policy responses.

The introduction and widespread use of new technologies can be a win-win situation, however, if the right social policies can be identified, implemented and coordinated with labour and new tech policies. For example, under an appropriate progressive tax system that includes a tax on robots as capital equipment, new technologies can contribute to increasing fiscal revenues to finance social transfers. These revenues can be used to support workers made redundant by robots, increase minimum wages and stem the decline in the living standards and well-being of low- and medium-skilled workers. Where automation forces workers to switch to new jobs and learn new skills, a stronger welfare system—for example, one that includes a universal basic income—can protect people from labour market disruption.

Bringuglio, L., and M. Vella. 2014. “Technological advance, the labour share of national income and income inequality in the EU.”  The Journal of Income Distribution 23 (3&4):1-23.

Citi GPS. 2016. Technology at Work v.2.0 The Future is Not What It Used to Be. Oxford: Oxford Martin School, Oxford University and Citi Group.

Ilcheong Yi is a Senior Research Coordinator in the Social Policy and Development Programme and in the Social Dimensions of Sustainable Development Programme at UNRISD. He joined UNRISD in October 2008. Born in the Republic of Korea, he was trained as a political scientist (B.A. and M.A. from the Department of Political Science, Seoul National University, Korea) and as a social policy analyst (D.Phil. from Oxford University, UK). His specialization is in the issues of poverty, social policy, labour policy, social economy, and historical analysis of the economic and social development process. Prior to joining UNRISD, Ilcheong was Associate Professor at Kyushu University, Japan (2004-2008), Korea Foundation Visiting Professor in the Department of East Asian Studies, University of Malaya, Malaysia (2003-2004), and Visiting Research Fellow at the Stein Rokkan Centre, University of Bergen, Norway (2002-2003). He has fulfilled a number of consultant, field researcher and project development roles for international and national organizations including the ILO, UNRISD, JBIC and KOICA.