Monitoring Water and Sanitation to Reduce Inequalities in Kenya 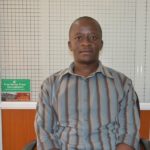 The 2015 adoption of the 2030 Agenda for Sustainable Development and the Sustainable Development Goals (SDGs) and Goal 61 in particular means that countries must deliberately devise inclusive and effective strategies to measure and evaluate progress on effective access to services such as safe drinking water and sanitation as part of actions to develop holistic and social protection systems. Although reforms made under the earlier Millennium Development Goals (MDGs), which expired in 2015, resulted in increased access for many, there still remains work to be done.

Social Protetion, WASH and the SDGs

The SDGs call for strong, integrated policy and programming approaches. Goals 12 and 53 call for the end of poverty and the end of discrimination against women and girls everywhere, respectively. Further, Target 1.3 calls for the establishment of universal, social protection systems, in line with the human rights principles of universality and non-discrimination, influenced by the ILO’s R202 – Social Protection Floors Recommendation, 2012 (No. 202) which calls for universal access to nationally defined at least minimum levels social protection.

Social protection in turn helps facilitate access to other rights — such as water and sanitation — outlined in international human rights instruments and recommendations including the International Covenant on Economic, Social and Cultural Rights and the Convention on the Elimination of All Forms of Discrimination against Women. The UN General Assembly also recognized water and sanitation as human rights in its 2010 Resolution 64/292. The SDGs reinforce States’ obligation to protecting these rights.

Gender equality is also a core tenet of human rights-based social protection and the SDGs. Target 5.4 calls for recognizing, valuing and reducing women and girls’ care work burden — as they are overwhelmingly responsible for performing unremunerated labour —  through various methods including improved infrastructure and social protection policies. Improving water and sanitation infrastructure, which can reduce the amount of time it takes to perform household tasks, in tandem with redistributing care within households and society can work with gender-transformative social protection policies to promote gender equality.

Despite the clear need for access to water and sanitation, the WHO/UNICEF Joint Monitoring Programme for Water Supply’s (JMP) 2017  reported that 159 million people lack access to safe sources of water, 58 percent of whom live in sub-Saharan Africa. The report further indicates that 2.3 billion people and 892 million people lack basic sanitation and practice open defecation respectively.

WASH in the Kenyan Context

According to the data from Kenya’s Water Services Regulatory Board, only 55 percent of people have access to safe sources of water and 16 percent to sewerage coverage. The delivery of basic services in urban areas has not kept pace with the increasing demand from a ballooning population. In the two major cities of Mombasa and Nairobi, for example, there is a water supply deficit of between 100,000 – 150,000 cubic metres. Sixty percent of Nairobi’s approximately four million inhabitants live in informal settlements where sewer systems are non-existent, making universal access to safe sanitation a significant challenge.

The water and sanitation sector requires an annual investment of KES 100 billion4 contrasted with the KES 29 billion current allocation. As a duty bearer, the government of Kenya must provide sufficient resources to ensure universal access to social protection and basic goods and services, which should be coordinated with policies to . With the current low levels of investment toward expanding water and sanitation service infrastructure, the realization of Goal 6 will not occur.

Achieving the SDG indicators for sanitation5 will be a challenge. The Kenya Environmental Sanitation and Hygiene Policy 2016-2030 shows that due to the slow growth rate of sanitation coverage at only 0.75 percent, Kenya missed MDG Target 7.3,6 and will not catch up for over 100 years (shown in Table 1 below).

The Kenyan context is further complicated by the introduction of autonomous decentralized governance systems with varied priorities. The 2010 Constitution of Kenya established two levels of government: national and county. County governments, which are autonomous and independent institutions responsible for decision making and implementing laws and policies, were tasked with functions relating to realizing economic and social rights; while the national government became responsible only for handling policy development. This phenomenon of decentralizing power is common in sub-Saharan African countries, somewhat complicating the realization of Goals 37 and 118, which are strongly interconnected with Goal 6.

The challenges associated with poor monitoring mechanisms for MDG 7 are a lesson learned, and provide a basis to implement strong and inclusive monitoring mechanisms to realize the SDG Targets.  Data are vital to shaping policy, decision making and allocation of resources. To accelerate the realization of the Targets in Kenya, the Ministries of Water, Health, and Devolution, and the Kenya National Commission on Human Rights, have developed a monitoring framework on the rights to water and sanitation specific to Kenya in partnership with civil society organizations like Hakijamii, a national organization that works with marginalized groups in helping them claim their economic, social and cultural rights including the right to water and sanitation.

While the framework largely borrows from the global indicators outlined in the SDGs, it localizes targets and sets its own indicators, ensuring that they fit into the Kenyan context. Essentially, the framework is aimed at ensuring the national and county government work together to enable more efficient data collection and reporting. It is designed to measure policy effectiveness; resource allocation and utilization; and five main components of the rights to water and sanitation including affordability, availability, accessibility, quality and safety. Further, the framework addresses inequalities by taking into consideration the diverse needs of people living in poor urban areas with no access to water and sanitation, and recognizes the importance of their participation in the monitoring process.

The Kenyan government used the national framework, particularly the entrenchment of a human rights-based approach, to develop its national report for global monitoring. The voluntary national reports, submitted at the UN High Level Political Forum (HLPF) as part of the ongoing voluntary SDG reporting, serve as a basis for the regular country reviews at the annual HLPF (under the auspices of ECOSOC). The operationalization of the framework, however, faces significant challenges due to the complexity of water sector governance and the mandates of the two levels of government.

According to the UN Economic Commission for Africa, rising urbanization in sub-Saharan Africa leads to a host of challenges: a large proportion of those moving to urban centres reside in informal settlements, and there is a lack of inadequate housing and a proliferation of compromised environments resulting from the unavailability of sanitation facilities. Addressing these challenges will require a multidisciplinary approach: governments and other stakeholders must work with the understanding that human rights are indivisible and interdependent, and that the enjoyment of the rights to social protection and water and sanitation is interlinks with other rights, including R202, also requires States parties to provide “access to a nationally defined set of goods and services”, which can be interpreted to include access to services like water and sanitation, thus calling for a multidisciplinary approach to implementing social protection floors.

This calls for a concerted effort to increase intra-governmental collaboration. The Ministry of Housing, for example, works closely with the Ministry of Water and Sanitation to deliver an integrated approach to adequate housing. Collaboration, however, must also be designed to include citizen participation. Success in reaching Goal 6 is squarely linked to the involvement of different stakeholders. Including people living in poor urban settlements in decision-making processes is crucial and must be at the core of any national action plans and programmes aimed at advancing water and sanitation rights. This loops in the work of civil society which acts as third eye, not only to ensure accountability, but also contributes to monitoring progress at the national and county levels to keep the government in check and ensure that public resources are used meaningfully.

Collins Liko is a social scientist and human rights advocate with special skills in water, sanitation and hygiene (WASH), policy analysis and advocacy. He holds a Bachelor of Arts degree in Sustainable Human Development from the Catholic University of Eastern Africa and a certificate in Monitoring and Evaluation from the Africa Medical Research Foundation (AMREF). Collins is also a member of the Human Rights Research Methodology Lab hosted by New York University and Human Rights Watch.

Supporting the idea that progressive realization of economic and social right must be directly linked to significant political will by the government through sufficient allocation of resources, Collins is an advocate of social accountability and transparency, leading him to link his advocacy work with domestic resource allocation and implementation. He has done advocacy work to influence policy and legal reforms in Kenya’s water and health sectors. He has also conducted research and worked to strengthen communities and NGOs to meaningfully engage in the sector, and has worked with marginalized communities in poor urban informal settlements to form community-led budget monitoring committees.

Collins began his career in human rights advocacy as an intern at Umande Trust, a Kenyan NGO working to ensure affordable water and sanitation for the urban poor 2010. He later conducted several campaigns with Amnesty International on human rights education.  He joined Hakijamii, an economic and social rights centre, in 2014 where he currently works as the Program Officer Health, Water and Sanitation.