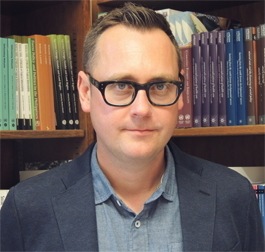 The world of work is in the early years of a radical technology-driven transformation.

In many ways this is not new – technology has always been a key factor in driving productivity, making some jobs obsolete and new ones necessary. Yet the pace of change has sped up since the First Industrial Revolution, with inventions in the 20th century surpassing all that had come before.

Basic Income, the World of Work and Existing Normative Frameworks

Governments recommitted to ensuring decent work and social protection for all through the 2030 Agenda for Sustainable Development. In doing so they drew on existing frameworks: the Universal Declaration of Human Rights (UDHR), the International Covenant on Economic, Social and Cultural Rights, as well as the Social Protection Floors Recommendation, 2012 (No. 202) and other ILO social security standards. ILO Recommendation No. 202 states that social protection floors should guarantee at least basic income security for children, persons in active age and older persons, as well as effective access to health care as the “ground floor” of national social protection systems.

But how will these commitments be affected by the surge of new technologies such as highly intelligent robots, automation and virtual reality?

The first admission is that we don’t know exactly what will happen. Some estimates predict that as many as 38 percent of jobs will be replaced – driving, manufacturing, shipping, logistics, the intermediation of financial transactions and even care work. Others put the figure nearer nine percent. In the churn it will no doubt be true that new types of professions will be created.

Clearly, the impact in each country and city will depend critically on the original configuration of economic activity, the price of labour and complementary infrastructure – both physical and institutional. This includes education, welfare and tax systems, all of which will face pressure to adapt and evolve more quickly than they have since the Second World War. One can imagine that robots will infiltrate low-wage economies far less and will instead replace higher-cost labour. So the immediate impacts are likely to be felt more acutely in industrialized countries, even if the ripples will eventually reach all.

How will societies protect those that lose out in this rapid change?  In particular, how will they organize to meet the commitments made on basic income security?

One idea on the table – with support from both the political right and left – is providing a universal basic income (UBI).  The most common definition is that a UBI should provide – unconditionally, to all, irrespective of other incomes – a guaranteed transfer to each person that is sufficient to cover basic needs. This would be a “full basic income”. In practice, most schemes that are being or have been piloted are “partial basic incomes”. For example, the current pilot in Finland replaces unemployment benefits while health services are still provided separately by the state.

It is too early to be conclusive about the results of these various pilots but initial findings are encouraging. The schemes help to get rid of a particular benefits trap where taking a low paid part-time job leads to the cessation of unemployment benefits, so an initial fear that a basic income would induce lower work effort seems misplaced. Other benefits touted include positive gender impacts, better child health and nutrition, a lower administration cost and the reduction of poverty. Of equal importance, but less reported, is the fact that a UBI can free people to lead the lives they want. The basic security provided could mean people engage more in volunteering, care work or politics.

Again, this will depend critically on where people live. In industrialized countries, the argument about not reducing the work incentive becomes somewhat irrelevant if there are far fewer jobs, in which case the basic income may become the only income. Even the assertion on poverty – intuitive at first glance – has been questioned by some. The OECD predicts that it would be too expensive and disruptive and wouldn’t reduce poverty in industrialized countries. In India, Rathin Roy argues that the introduction of a basic income is simply a gloomy admission that economic growth will not include poor people.

Whether it replaces jobs or non-inclusive growth, a basic income may simply be necessary in the absence of any other forms of protection. Many personal tragedies could be averted.

But it may not be sufficient …

The realization and protection of rights in the future will depend not only a guarantee of a minimum level of income, but also on access to capital assets that can create wealth in the future. This is why the initial pattern of inequality is so important for the concept of basic income and a world where fewer people may be working.

What is happening with inequality right now?  While there is some compression of economic inequality between industrialized and developing countries, inequalities within countries are growing in most parts of the world. Measures of income inequality such as the Gini coefficient have increased considerably in the last 40 years.

We are living in an era where the wealth and power of elites is concentrating, along with the ownership of assets that can be used to extract future rents. If new technology assets also become concentrated in the hands of elites then a basic income may do little more than keep the jobless in the spending economy. A basic level of rights could be guaranteed, but would do little to grease the wheels of social mobility. Many of those at the bottom will be stuck at the bottom. Clearly this would not be a  sustainable model, or one that would drive societal cohesion. In fact, it would risk creating a permanent underclass of people who are jobless or in precarious jobs.

What can we do?

Meeting the fundamental rights obligations set out by governments in and since the UDHR is a huge unfinished agenda – and yet a world where existing inequalities are amplified by technology would make this more difficult.

How can UBI be constructed so that it is a part of the solution?  And what else might we need to do?

First, societies will need to think more radically about the type of work that is done (such as care work and community volunteering), how it is distributed, and how it is remunerated. We need to pay more for jobs with high social value – whether through wages or a UBI.

Second, if implemented through a rights-based approach, UBI could be part of a social protection system that allows people to enjoy all of their rights. Those who are reforming and designing the social protection systems of the future should take into account all dimensions of human rights. This includes the right to social security, access to adequate housing, nutrition and health care, which are all outlined in the Committee on Economic, Social and Cultural Rights’ General Comment No. 19. In practice, that means that a partial basic income covering just employment benefits needs to sit alongside complementary guarantees for healthcare, housing, education etc. A full basic income needs to be set at such a level that it can fully cover economic and social rights.

Lastly, we may also need to think about the distribution of capital assets. Basic income on its own could risk being a palliative –not sufficient to result in transformative social development where institutional hierarchies are challenged, and power and wealth is more equally distributed. Bill Gates recently posited that in the future we will have to tax robots, but to prevent inequalities from growing further we may also need to think about distributing “basic shares” of new technologies or even more traditional assets such as land. Only then may we be able to put a brake on the growing gap between the haves and the have-nots.

Paul Ladd has been Director of UNRISD since October 2015. Before taking up this position he had been at UNDP, where he had most recently been Director of the team supporting consultations and technical inputs for the 2030 Development Agenda.

Previously he led UNDP’s policy team on ‘inclusive globalization’ – including trade, development finance, and migration. From 2008-2009, he provided support to the Office of the UN Secretary-General on the financial and economic crisis, and engagement with the G20.

Before moving to New York, Paul was a policy adviser on international development for the UK Treasury, including the period building up to and through the UK’s Chair of the G8 and European Union in 2005.

Previously he had been Chief Economist and acting Head of Policy with UK charity Christian Aid, the UK Department for International Development’s economic adviser for South Africa, Botswana, Lesotho, Namibia and Swaziland, and a financial adviser in the Central Bank of Guyana.