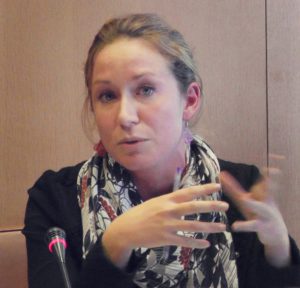 In many countries, social protection programmes are designed as short-term, quick-fix approaches to address needs as and when they arise, rather than addressing long-term elements of socio-economic development. Moreover, some of these programmes have a targeted approach that focuses primarily on a very limited category of “deserving” groups — such as widows or orphans— while leaving significant parts of the population outside of any coverage.  In fact, several countries have fragmented systems that often rely on partnerships with private providers — especially in education and health care—  which result in the exclusion of large portions of the most vulnerable populations from any social protection coverage.

The International Labour Office’s (ILO) 2016 Social Protection Monitor shows little expansion of social protection policies across the Middle East and North Africa, and rising contraction of social protection coverage between January and June 2016. As a result, the most significant source of social protection for the most vulnerable groups, including workers in the informal economy, remains charity-based religious welfare organizations. However, charity-based programmes are a stark contradiction to a rights-based approach to social protection. Charity organizations and the charity-based approach have historically served to innovatively fill existing gaps. Nevertheless, this approach has been heavily criticized, both for limiting beneficiaries’ decision-making power and for giving the impression that the systemic issues facing people in poverty — such as social exclusion, lack of access to health care, unemployment, income insecurity and disability-related issues — have been solved while failing to challenge their root causes. Moreover, as in the case of Lebanon, these charities receive subsidies from the state for the implementation of welfare programmes, yet this government support is hardly visible. This lack of transparency contributes to further eroding public trust in the government, which tends being perceived as ineffective and detached from the needs of the people.

As a result, across the region, ill-designed social protection policies — characterized by fragmented schemes and short-term and charity-based programmes — strongly limit civil society’s ability to participate in national dialogues and reform processes.  Additionally, the volatile political and security context in the region has driven several countries to establish laws that further limit (if not violate) the rights to freedom of association and peaceful assembly, and the right to collective bargaining.

Universality of Coverage, Freedom of Association and Decent Working Conditions

Social protection for all cannot be realized without  freedom of association and decent working conditions. In this regard, one of the most pressing challenges for civil society across the region is ensuring that social protection policies are designed in a way that goes hand in hand with decent work — providing opportunities for work that is productive, delivers income, provides security in the workplace and guarantees freedom for people to organize and express their concerns.

As part of its mandate to promote a rights-based approach, the ILO recommends that all countries re-establish national policy dialogue with the social partners — namely workers and employer representatives — and civil society actors to explore the optimal policy options that effectively address poverty and inequalities. National dialogue is essential to ensure adequate social protection, particularly with regard to protecting children and older persons from poverty and vulnerability, and to ensure that necessary adjustments are based on a fair and viable balance between adequacy and sustainability, as part of the core social contract on which modern societies are based.

Civil society, social movements and independent labour movements are key to ensuring that a human rights-based approach is built into the design and implementation of social protection programmes. A rights-based approach must include the principles of empowerment, participation, non-discrimination and accountability, with priority on vulnerable groups and people. Doing so ensures that the process of enhancing social protection is participatory and transparent with equality in decision making and a sharing of the outcomes of the process among involved stakeholders. In other words, organized civil society composed of and representing vulnerable people should be engaged in the development, implementation and monitoring related to any social protection programme at local, national and international levels.

Using this approach, civil society networks like SOLIDAR work to create meaningful spaces to organize and promote freedom of association as an enabling right which helps to promote access to decent work and social protection. By adopting a Theory of Change approach, civil society can achieve greater impact when organizing their activities, and in carrying out advocacy at local, national and international levels.

For example, Social Protection Monitoring, a tool developed by SOLIDAR and its members and partners across Arab countries, allows local civil society organizations (CSOs) to monitor gaps and flaws in national social protection systems in countries where the European Union (EU) has development cooperation programmes. By using this monitoring tool, CSOs can engage in national multi-stakeholder alliances to identify the gaps in fulfilling the ILO Social Protection Floors Recommendation (R202), and use the information gathered when monitoring to develop national campaigns and international advocacy strategies towards the EU and the ILO.

A recent national campaign for social security in Palestine demonstrates how civil society, in close cooperation with trade unions, can successfully mobilize stakeholders from different sectors at the local level and hold the government accountable for including their concerns in legislation.  The new social security law, which was adopted on 28 September 2016, incorporates inputs from civil society and trade union groups. Information was gathered at expert meetings to analyse the proposed law, and local workshops were held with grassroots organization to collect their input. Trade unions also helped to organize protests and public rallies. Importantly, the campaign enabled local grassroots CSOs representing vulnerable groups, such as women with disabilities, to organize consultative meetings with the Ministry of Social Development and discuss the social security law from a disability perspective.

The campaign also succeeded in further developing the capabilities and skills of these local organizations to collect data in preparation for the NGO shadow report on monitoring of the application of the Convention on the Rights of Persons with Disabilities. Not only did the campaign succeed in translating a social movement into a structured national dialogue, it will also continue feeding into the ILO’s Global Flagship Program on social protection floors (where Palestine is a country of implementation).

Lastly, national-level mobilization is more effective when linked to international decision-making processes. To this end, SOLIDAR enables participatory processes at forums such as the International Labour Conference.  CSOs are able to use the space offered at events like the Conference to reiterate their calls to their national governments. In 2016, for example, SOLIDAR supported a delegation of civil society representatives from Jordan and Lebanon who attended the ILO Conference to voice concerns on child labour, migrant workers and migrant domestic workers’ rights. These groups were then able to reiterate their demands to the EU when negotiating bilateral partnership agreements.

Organizing civil society and social movements is essential to ensuring that vulnerable groups have access to national and international decision-making processes. As demonstrated by the case of Palestine, national mobilization and international advocacy are necessary to overcome restrictions placed by governments to freedom of association and collective bargaining and to promote the social protection floors at all levels.

Mabel Grossi is a civil society professional who is passionate about human rights and social justice. Her areas of interest and expertise are human and labour rights, freedom of association, and social protection with a strong focus on the Middle East and North Africa region. Since 2014, she has been the Middle East and North Africa Coordinator at SOLIDAR Foundation. Previously, she worked as the Middle East Programme Assistant at CEE Bankwatch Network, and she has lived and worked in the West Bank and Jordan, where she collaborated with several NGOs and think tanks monitoring human rights violations. She holds a Master Degree in Middle East Studies from the Ca Foscari University of Venice, Italy.