Home » Care responsibilities and unpaid care work » Gender and Social Protection: What does WDR 2019 have to offer?

Gender and Social Protection: What does WDR 2019 have to offer? 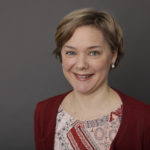 The World Bank’s World Development Reports (WDRs), with some notable exceptions, are not known for their gender analysis. Even then, the 2019 edition, The Changing Nature of Work, stands out as remarkably gender blind.

For starters, it almost completely ignores one of the most invisible and deeply gendered features of work: the fact that women continue to provide the bulk of unpaid care and domestic labour—the backbone of every economy and a critical contribution to building human capabilities. As both the International Labour Organization (ILO) and global trade unions have pointed out, its recommendations also risk undermining labour rights, taking the Bank back to a time when regulation was seen primarily as a distortion which had no role in supporting better and more equitable employment outcomes.

What about social protection? The WDR 2019’s endorsement of “progressive universalism” seems refreshing after years of the Bank promoting minimal social safety nets and narrow poverty targeting. It is also welcome in a world where we are far from achieving gender equality in social protection. In most countries with available data, women are less likely than men to receive social protection benefits. In 2016, ILO calculations revealed that across 107 countries, women were 10.6 percentage points less likely than men to have access to old age pensions. Even where women are relatively well covered, equality between women and men is still a long way off. In the European Union, for example, women’s pensions are 36.6 percent lower than men’s. That the WDR provides no such sex-disaggregated data and little, if any, gender analysis of social protection systems while the Bank’s Women, Business and the Law team has been working away on a newly launched database on pension systems design from a gender perspective is, to say the least, a missed opportunity.

Yet, parts of WDR’s critique of the “Bismarckian social insurance model” may resonate (albeit inadvertently) with feminist analysts who have long pointed out the inherent male breadwinner bias of this model. Classical social insurance schemes, premised on the assumption of lifelong, uninterrupted formal employment, not only excluded large swaths of workers in the informal economy, but also did not serve women particularly well. Because women tend to participate less in employment than men, earn lower wages and interrupt paid employment more frequently to take care of dependents, they are often unable to achieve equal access to contribution-based social protection. When they do access these contributory schemes, their benefit levels tend to be lower.

But WDR 2019 risks throwing out the baby with the bathwater when it hedges all its bets on social assistance instead. Rather than providing context-specific recommendations for strengthening social protection systems, its starting point is the blanket proposition that “the contributory approach is not a good fit for developing countries, where formal and stable employment are not common” (p. 113).

Conveniently ignored are the huge variations in the social security systems of “developing countries” and the fact that in some of these, contributory systems not only cover a significant share of workers but have also been transformed to be more inclusive of informal workers and women. In addition to introducing minimum wages, for example, South Africa transformed its unemployment insurance scheme to cover domestic workers for job loss, maternity and sick leave. In Uruguay, the rates of domestic workers who are covered for health, pensions, unemployment and maternity leave through mandatory payroll contributions by their employers rose from 33 to 47 percent between 2006 and 2013. These improvements in coverage were achieved through a combination of legal reforms accompanied by awareness-raising, incentives and enforcement.

Across a range of countries in Latin America and Eastern Europe, pension reforms in the 2000s reversed earlier privatization measures which had demonstrably hurt women, and rebuilt public provision. Many countries have introduced care credits in contributory systems to improve outcomes among women. The WDR 2019, in contrast, suggests getting rid of elements that promote redistribution across gender and class in social insurance systems, including employer “liabilities”. The de facto (re)privatization of social risks and provisions inherent in this proposal threatens to undermine gender equality. Private insurance schemes, for example, have been shown to exacerbate discrimination against women who may face higher health insurance premiums and lower pension benefits as a result.

This does not negate the fact that the massive expansion of social assistance, in the form of child-related cash transfers and non-contributory pensions, has benefited women. Child-related transfers often put cash directly in the hands of mothers. Social pensions have contributed to closing gender gaps in coverage across a range of countries in Asia and Latin America. Women’s “inclusion”, however, has been far from perfect: the benefit levels of these transfers tend to be low—often too low to ensure an adequate standard of living and certainly below the benefits that accrue from social insurance. The transfers are also frequently tied to conditionalities that, for the most part, women are expected to fulfil. More than a decade of feminist research has documented how problematic these conditions can be. Without adequate parallel investments in services, for example, conditionalities may push women and girls to use health and educational facilities plagued by inadequate staffing, shortages of medicines and other vital supplies. They may wait long hours to be seen, losing valuable time that could otherwise be spent on productive activities, leisure or rest.

Finally, social assistance cannot be a replacement for decent work—and gender equality can only be achieved if social protection works in tandem with labour market policies that strengthen women’s access to employment and help close gender pay gaps. Yet, the WDR 2019 has little if anything positive to say about labour market regulations, such as minimum wages or collective bargaining, which have been shown to matter hugely for women’s economic empowerment.

Rather than a recipe for “progressive universalism” then, the proposal of guaranteeing some vague “social minimum” through social assistance is unlikely to amount to little more than what we have already seen over the past decades: the expansion of cash transfers that are neither comprehensive nor high enough to have an impact on poverty, inequality and women’s empowerment at the scale that is needed for achieving the SDGs. The WDR 2019’s lack of reference to the United Nation’s Social Protection Floor initiative and ILO Recommendation No. 202—which provides a concrete menu of benefits and solutions for delivering them that are in line with international human rights standards—is particularly disappointing in this regard. Although the report affirms that social assistance is not an alternative to health, education or other services, it remains unclear on how countries will create a “guaranteed social minimum” and continue to invest in public services. And yet, these investments are desperately needed, not least to make social assistance itself work better.

It is precisely these links between social protection, public services and sustainable infrastructure that Member States will be discussing at the 2019 Commission on the Status of Women. But unlike some of its predecessors, The Changing Nature of Work’s lack of gender analysis and problematic return to blanket prescriptions make it an unlikely source of inspiration for their deliberations.

Silke Staab is a research specialist in the Research and Data Section at UN Women* in New York, where she has co-authored several flagship reports, including Progress of the World’s Women: Transforming Economies, Realizing Rights (2015), Progress of Women in Latin America and the Caribbean (2017) and Turning Promises into Action: Gender Equality in the 2030 Agenda for Sustainable Development (2018). Before joining UN Women, Silke worked for different UN agencies and non-governmental organizations, including the United Nations Research Institute for Social Development (UNRISD) and the Economic Commission for Latin America and the Caribbean (ECLAC). Silke earned her PhD in politics from the University of Manchester in 2014 and has published widely on issues of gender, social protection and childcare policies in Latin America. Her 2017 book, Gender and the Politics of Gradual Change (Palgrave), compares progress and limitations of social policy reforms and innovations in Chile from a gender perspective.

*The views expressed here are in the author’s individual capacity and do not reflect the position of UN Women.