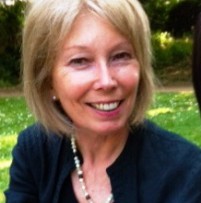 Is the empowerment of women through conditional cash transfers illusory as women are ‘empowered’ by these programmes only as the nodal points receiving cash for the family and not as independent persons with their own economic, social and cultural rights?

First, it is important to distinguish between the positive effects of conditional cash transfers and ‘empowerment’ as well as between different degrees of empowerment. Meaningful empowerment as opposed to ‘empowerment lite’ needs to be defined in a way that captures the plurality of conditions that, if met, provide disadvantaged women with the means to change their lives for the better. In gender orders that are profoundly unequal this implies a re-ordering of the relations in which women are subsumed to transform them along more egalitarian lines, and in ways that enlarge their freedom and preferences. Empowerment I suggest, can be defined then as the acquisition of capabilities that have the potential to assist women in achieving autonomy (legal and material), equality (social and personal, that is status and self- esteem) and voice and influence (over decisions that affect their lives).1

Second, while women may benefit from the receipt of the transfer in a number of ways, the ‘empowerment effect’ is limited if gender relations that operate to women’s disadvantage are not tackled and may even be reinforced by the conditionalities that are imposed on mothers in these programmes. We therefore need to foreground gender relations in the analysis of the effects of anti-poverty programmes if we are to fully understand the reasons why women are poor and vulnerable in order to develop adequate policies to support them.

Third, rights are an important part of a more transformative approach to tackling poverty and vulnerability but they need to be backed up by measures that provide opportunities for women to develop their capabilities, for example through education and skills enhancement.

Some positive effects for women

How, then, according to this more exacting definition of empowerment, do cash transfer programmes square up? Let’s start by considering the positive effects for women of conditional cash transfers and of participation in well-designed programmes. These are certainly not illusory. Research from across the world has shown that tangible benefits for women result from experiencing relief from destitution and from being given the cash transfer directly. The conditionalities (getting children regularly to school and to health checks) also bring with them certain benefits through participation in programme activities, though they often bring two types of cost: the time burdens that are involved in fulfilling them and the affirmation of women’s principle role as one that involves exclusive responsibility for childcare.

Beneficiaries generally report that the cash leads to some increased status in their neighbourhoods, greater self-esteem and well-being, together with a sense of autonomy as they are no longer dependent on the men of their households to meet their children’s needs.2 These are all significant gains—yet does all this alter gender relations and really empower women?

There is remarkably little research that convincingly supports the claims that the stipends empower women in any sustainable or significant way. Nor do we know with any certainty if, how and to what degree a redistribution of power and status in the household results from the transfer. Where power and authority over decision-making are vested in men, transforming this customary control should challenge entrenched norms and has the potential to re-order the balance of household decision-making in favour of women, but to what degree? And does this always occur?

But no automatic change in decision making

Handa et al.’s (2008) analysis of the impact of the transfers on household expenditure finds that normative distributive patterns remain relatively constant: transfer income does not necessarily alter spending preference behaviour and does not automatically lead to an increase in female decision making over household expenditure. The transfer does however affect women’s decision making in one realm, and that is their ability to spend their own extra cash. Does this equate to empowerment? As Handa et al. point out, the transfer may simply “crowd out” intra-household transfers from men to women, and women and children may not be much better off with the transfer.3

The reported sense of increased self-esteem women gain through control of the transfer is clearly an important gain and may be part of a process by which individuals begin to take charge of their lives. But what of the constraints that they face in so doing? Gender divisions of labour and responsibility are associated universally with inequalities of power and resources. They work to women’s disadvantage when gender-ascribed roles serve to undermine their autonomy and economic security, deepen their vulnerability, and/or strengthen their dependence on and subordination to marriage and family ties for their long-term security.

In the Latin American conditional cash transfer model women acquire more recognition as mothers and carers along with more responsibilities. The contractual obligations can give those involved a sense of purpose and recognition for their social function as carers but the privileging of the mother-as-carer has the effect of both minimizing the importance of their productive roles and marginalizing men from care responsibilities.

As stipendiary holders women acquire few capabilities or opportunities to enhance their own autonomy or security. The conditionalities reinforce women’s normative roles and responsibilities, so that insofar as they are empowered at all, it is within the existing social/gender relations. To be a mother may be socially valued but is neither economically secure nor confers much in the way of effective power. The costs many women bear through juggling their multiple responsibilities in the face of weak labour market links, low education and skill levels and lack of support for care work add up to long-term insecurity. These vulnerabilities are rarely, if ever, taken into account in project design.

In conclusion, if women are to become a focus of anti-poverty programmes in their own right, and if their poverty and vulnerability are to be effectively tackled, it is critically important to foreground two issues: supporting women’s capabilities and income-generating capacities; and understanding the gender dynamics within households. These need to be part of any serious effort to promote more sustainable positive outcomes. Only then can we speak of cash transfers leading to meaningful empowerment for women.

Maxine Molyneux is Professor of Sociology at the Institute of the Americas at University College London. She has written widely in the fields of political sociology, gender studies and development policy, and has published books on Latin America, Ethiopia and South Yemen. She has served as senior consultant to various UN agencies, the IDRC, and as research director of multi-country investigations into the gender impacts of social protection in the Andean region for CARE International. She recently acted as research director of a five-country ODI project funded by DFID on cash transfers. Among her books are: