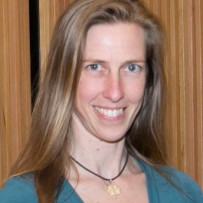 To outline the scale of the issue, in 2015, the World Health Organization and UNICEF reported that 663 million people still lack improved drinking water sources, and 2.4 billion people lack improved sanitation. This same data confirms major inequalities in access between rural and urban areas, and across wealth quintiles. And yet two-thirds of 94 countries surveyed in a recent global assessment by UN Water and the World Health Organization (WHO) have national legislation that recognizes access to both drinking water and sanitation as a human right, so much more can be done to translate these commitments into action.

A brief history of the human right to water and sanitation

The human right to water and sanitation was secured relatively recently (in 2010) when these rights were recognized by the UN General Assembly.

This achievement was the culmination of many steps since the adoption of both the 1948 Universal Declaration of Human Rights, and the 1966 International Covenant on Economic, Social and Cultural Rights (ICESCR) which requires States to work towards achieving universal economic, social and cultural rights within the international human rights framework.

Addressing the right to water and sanitation through social protection measures

There are several ways in which social protection can address the rights of low-income or other marginalized groups who are often excluded from access to water and sanitation. Two key ways are reducing the costs of water and sanitation products or services, and increasing the income of such households.

The former requires an understanding of where the barriers lie. For instance, does water access come with prohibitive connection fees, or unaffordable ongoing tariffs? Or indeed is there a lack of access to any service at all? And for sanitation, what are the costs of basic facilities? Depending on the location, supply chains to remote rural areas can considerably increase the cost of a basic toilet. And in urban areas, do households have tenure and how does this affect their access to services? And are households just paying for the user facility (the toilet), or also paying for steps, such as transport, treatment and disposal or re-use of the waste?

Reducing water costs can involve the use of block tariffs, which is a popular social policy practice in both developed and developing countries. This involves increasing the price of water in ‘blocks’- from a very low tariff for a minimum quantity of water, to higher tariffs for consuming larger quantities. The first block may be for a minimum quantity of water such as 25 cubic metres per month, with cross-subsidies and special tariffs used to support low-income households. Other examples of water cost reduction schemes include Chile, where $40 million is spent annually on subsidies to benefit 600,000 people, some 20 per cent of the population.2 In informal settlements of Nairobi, Kenya, residents have negotiated a social connection policy which enables households to pay their connection fee in instalments over a period of 24 months.3

Such measures must be carefully designed so that they do not discriminate. For instance, block tariffs that ensure a low price for a limited amount of water can disadvantage large households. Equally, people living in informal settlements are often excluded if no piped services are available and they therefore may miss out on a social tariff, and also may be subjected to informal service provision of dubious water quality and with high prices. It is therefore critical that regulatory bodies and providers engage relevant residents in the design of tariffs, subsidies and the mode of payment of service charges.

Addressing the rights through the water, sanitation and hygiene (WASH) sector

Despite gradual gains in political will to address universal provision of water and sanitation services, recent evidence demonstrates significant underfunding by national governments across a wide set of countries, as well as fragmented monitoring systems that prevent tracking of public sector funding to water and sanitation. This means that even if plans exist to reduce inequalities and focus on the marginalized, outcomes are commonly left unmonitored.

The human right to water prescribes access to water and sanitation that is available, accessible, acceptable, affordable and of appropriate quality and safety.4 Unfortunately, some people may be indirectly or directly excluded and discriminated against, either through unsafe facilities that put women and girls at risk of abuse (a particular issue in informal urban settlements), unaffordable services or lack of any available services , particularly in rural areas and informal urban settlements. In addition, safe and close access to water and sanitation can lessen the burden of women and girls’ unpaid domestic and care work by reducing time spent fetching water, and therefore have a positive impact on gender equality.5 Beyond discrimination, the rights also point to the need for improved access to information and transparency, participation and accountability through the existence of appropriate complaints mechanisms. These will take time to develop in countries where institutional capacity is relatively low.

However, efforts are under way to address these issues. These efforts require a diverse set of strategies, as working from a legal perspective of claiming the rights on an individual basis is likely to be insufficient. Additionally, there are existing structures in social protection policies which can be used. The former UN Special Rapporteur on access to safe drinking water and sanitation, Catarina Albuquerque, released a comprehensive handbook to assist national and local authorities, United Nations agencies, service providers, regulators and civil society organizations in understanding the implications of these human rights for their work and activities. At the global level, Sanitation and Water for All (SWA), a global partnership of over 90 governments from the Global South, donors, civil society organizations and other development partners are working together to catalyze political leadership and action, improve accountability and use resources more effectively. Besides these, at the country level, numerous organizations, research institutions, national and local authorities and communities are gradually making headway to achieve the rights to water and sanitation. As they do so, a key area requiring attention and alignment with social protection policies is ensuring that sectoral strategies to target marginalized populations align to and build on human rights legislation already in place to benefit these populations, rather than “reinventing” both criteria for who should be targeted and support mechanisms. This kind of alignment and mutual reinforcement of sector-focused efforts and those that address the right to social protection holds the promise of faster realization of these rights for all.

Juliet Willetts is Associate Professor and Research Director at Institute for Sustainable Futures, University of Technology Sydney (UTS), leading applied interdisciplinary research, analysis and evaluation. She holds an undergraduate double degree from University of Sydney and a doctorate from University of New South Wales. Her research engaged closely with policy and practice, addressing the human right to water and sanitation in the context of sustainable development, and combining socio-cultural, institutional and technical dimensions to facilitate change.