Beyond Addis: Financing social protection in the 2030 Agenda 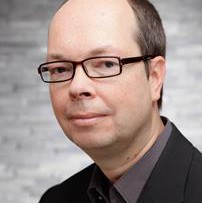 Social Protection in the SDGs

Target 1.3 is also of major importance in the context of several other goals and therefore acts as a bridge within the new Agenda— SPFs are not only an essential tool in combating poverty, but also form the basis for food security and housing, especially for vulnerable groups; they also have the power to promote social cohesion, make an important contribution to helping people into decent employment and enable parents to send their children to school even during economic crises; all goals which are outlined in the Agenda 2030. Moreover, the last World Social Protection Report rightly pointed out that social protection policies can also have the effect of increasing economic productivity. By securing household incomes, social protection leads to an increase in private consumption and boosts domestic demand. Finally, well-implemented social protection programmes that give households a predictable source of income may also be able to reduce pressures for migration: there is a broad consensus that besides economic growth and investment in human development (in particular in education and health), social protection is one of the core requirements of any poverty reduction strategy, and is an important precondition for an inclusive and cohesive society, and for stabilizing fragile states. Consequently, it is also an indispensable instrument in combating the root causes of migration.

Establishing SPFs on sound financial footing is primarily a task for the national governments. The ILO Social Protection Floor Recommendation, 2012 (No. 202) urges governments to consider using a variety of methods to mobilize the necessary resources for their nationally-defined social protection floors. Such methods may include effective enforcement of tax and contribution obligations, but also setting new priorities in their spending behavior. Nonetheless, it is likely that some low-income countries will be unable, even in the medium to long term, to mobilize the resources needed to implement the SDGs. However, both Recommendation No. 202 and the 2030 Agenda point out that international development resources may be used to fund social protection floors, creating impetus for the international donor community to help states achieve their obligations to rights holders. The Addis Ababa Action Agenda (AAAA), the outcome document of the 2015 Financing for Development conference, talks about a “new social compact” — a voluntary commitment by the international community “to end poverty in all its forms everywhere and finish the unfinished business of the Millennium Development Goals”, by “[providing] fiscally sustainable and nationally appropriate social protection systems and measures for all, including floors …”, (a commitment later echoed in the 2030 Agenda).

To solve the problem of funding for SPFs, Olivier De Schutter and Magdalena Sepúlveda, former UN Special Rapporteurs, have proposed establishing a Global Fund for Social Protection with resources from both the high- and low-income countries to close the funding shortfall between what poorer countries can reasonably afford and the cost of a social protection floor; as well as a component that would provide temporary funding to cover emergencies which could overwhelm Southern countries’ national social protection systems (such as natural disasters, the sudden collapse of export markets or a global economic crisis). Although this proposal is not mentioned explicitly in the AAAA or in the 2030 Agenda, it is likely to play a key role in ongoing and forthcoming discussions about the funding and the organizational arrangements for implementing the SDGs.

There are currently several of these discussions taking place around the issue of funding SPFs. Among these is one that was recently highlighted by the two leading groups in the German parliament. In a joint request, the two groups — the Christian Democratic Union/Christian Social Union (CDU/CSU) and the Social Democratic Party (SPD) — call for the government to make a stronger commitment to assist its partner countries in the Global South in establishing and expanding social protection floors. Among other thingsincluding incorporation of key elements of social protection floors, the request mentions a proposal made by former ILO Social Security Department Director Michael Cichon. In a think piece for UNRISD, he advocated revitalizing the World Solidarity Fund, which was set up by the UN to alleviate poverty in 2002 and hitherto has been underutilized. The request also underlines the fact that the new social compact requires substantial financial engagement from the international community to successfully develop new social protection floors.

By taking up these suggestions laid down in the parliamentary request the German government could not only give significant impetus to realizing Target 1.3, but also to achieving several other objectives of the 2030 Agenda. Developed countries have an obligation to support partner countries in their efforts to strengthen their social security systems, while simultaneously ensuring that the partner countries will be able to sustain these systems themselves in the long run.

This commentary is partly based on  Global Social Protection. New impetus from the 2030 Agenda for Sustainable Development, Global Governance Spotlight by Markus Kaltenborn.

Markus Kaltenborn is the Director of the Institute of Development Research and Development Politics (IEE) at Ruhr-University Bochum, where he also teaches public law. His main areas of research are health, social security, development cooperation and human rights law. His book Social Rights and International Development. Global Legal Standards for the Post-2015 Development Agenda (Springer 2015) provides an overview of the main international legal standards that are relevant for implementing and protecting social rights in low- and middle-income countries. Previous publications include the edited volume Social Protection in Developing Countries. Reforming Systems (with Katja Bender and Christian Pfleiderer).