The 107th Session of the International Labour Conference has Begun 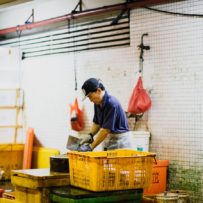 The 107th Session on the International Labour Conference is taking place in Geneva, Switzerland from 28 May – 8 June.

The Conference is an annual gathering of ILO member States, who are represented by government, employer and worker delegates. The Conference (also often called an international parliament of labour) has several main tasks and objectives, including drafting and adopting international labour Conventions and Recommendations; supervising the implementation of international labour standards at the national level by going over member States’ reports; assessing Global Reports on the four fundamental rights including freedom of association and elimination of forced work; and openly discussing topical issues related to labour around the world.

Visit the Conference page for more information, including:

Photo by chuttersnap via Unsplash