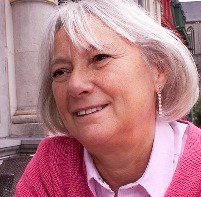 It is undeniably relevant to consider the compatibility of the International Labour Organization’s (ILO) Recommendation No. 202 and the International Covenant on Economic, Social and Cultural Rights (ICESCR), given that the ICESRC is very demanding, covering not only social security and its main nine branches, but also questions like work and working conditions, education, food, shelter and clothing. ILO Recommendation 202 (R.202) is seen as a minimum requirement for social protection measures that all developing countries should be able to take in the short term.

“…The guarantees should ensure at a minimum that, over the life cycle, all in need have access to essential health care and to basic income security which together secure effective access to goods and services defined as necessary at the national level.” (para 4)

“ The social protection floors … should comprise at least the following basic social security guarantees: … access to a nationally defined set of goods and services … basic income security for children … for persons in active age who are unable to earn sufficient income … for older persons.” (para 5)

ICESRC:
General Comment 19 on Article 9 on the right to social security speaks of:

At the level of discourse, these provisions are perfectly compatible, since ICESCR does not say anything about the level of protection or whether it should go beyond the “minimum” required by the ILO.

As for compatibility with Article 11 of ICESCR:

There is no General Comment on what an “adequate standard of living” means. R.202 does not mention food, clothing, housing, though Article 8b says that social security that should “allow for a life in dignity”.

The difficulty in assessing the compatibility of the two documents lies in the use of vague and subjective terms such as “minimum”, “adequate”, “dignity”, “essential”. All depends on the content one gives to these terms, but a priori there is no reason to think there is any incompatibility, not in general and not relative to the human rights standards of accessibility, adaptability, acceptability and adequacy (also known as the 4 As).

A preparatory document 1 on R.202 states: “This report adopts a pragmatic position on definitions. The term ‘minimum income security’, ‘essential health care’, ‘adequate social security’ and other similar terms are set out only for the purpose of national social protection floors, and their definitions are left to the determination of member states.” Moreover, R.202 puts its social protection floors in the framework of its Convention 102 of 1952, which concerns the minimum standards of social security and is more complete than R.202.

At this discursive level, one can conclude that ICESCR is more complete than R.202, but the mention of “core obligations” as well as the use of vague and subjective words do not permit any conclusion in terms of incompatibility. Both texts leave room for flexible interpretation.

Problems at the level of implementation?

However, problems may arise at the level of implementation of R.202 which may point to difficulties in complying with ICESCR.

Since much leeway is given to member states for interpretation of the terms “adequate”,“minimum”, “basic”, “essential”and so forth, and since these terms have no clear meaning, they may be interpreted in many divergent ways, leaving behind the requirements of ICESCR and not leading to “a life in dignity”.

What R.202 prescribes, in order to be compatible with ICESRC, probably goes further than estimated minimum financial requirements. 2 It is clear that a “life in dignity” with “basic income security” should mean an income allowing people to escape poverty, and thus beyond the most generous conditional cash transfers or other non-contributive allowances currently in existence. This would mean serious financial constraints for the poorest developing countries, especially to comply with the human rights requirement of accessibility.

Major compatibility problems do not derive from ICESCR, but from directives at other levels, imposed or recommended by, for instance, financial organizations. They concern:

States might want to avoid conflicts with financial organizations and the risks involved in international dispute settlements. This might lead to a very minimal implementation of R.202. While R.202 is not by definition incompatible with ICESCR, it would lead to under-implementation, not fulfilling ICESCR.

Francine Mestrum’s research concerns social development, poverty and inequality, social protection, globalisation and alternatives. She has worked at the universities of Ghent, Antwerp en Brussels (ULB) and at different European institutions. She is a member of the board of CETRI (Centre Tricontinental) which she represents at the International Council of the World Social Forum. She coordinates the global network of Global Social Justice. Her most recent (e-)book is ‘Building another World. Re-thinking social protection’. She has a PhD in social sciences and is based in Brussels and México D.F.