Sexual and Reproductive Health and Rights in Ghana: The role of Parliament 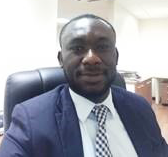 After adopting the International Conference on Population and Development’s 1994 Programme of Action1 and the 2003 Protocol to the African Charter on Human and Peoples’ Rights on the Rights of Women in Africa2, how has Ghana fared in realizing access to sexual and reproductive health and rights (SRHRs)?

International and regional human rights law enshrines states’ obligation to provide adequate, accessible and acceptable health care, which includes sexual and reproductive health care. The Universal Declaration of Human Rights (Art 25) calls for everyone to have access to health care and social services. The International Covenant on Economic, Social and Cultural Rights (ICESCR) (Art 12) also explicitly outlines the right to the highest attainable standard of health, expanded on in the Covenant’s General Comment No. 22 on the right to sexual and reproductive health. The Convention on the Elimination of All Forms of Discrimination against Women also obliges states parties “take all appropriate measures to eliminate discrimination against women in the field of health care… including those related to family planning” (Art 12).

In addition to the aforementioned legal instruments, the adoption of the 2030 Agenda for Sustainable Development and the Sustainable Development Goals (SDGs) by the UN General Assembly in 2015 reinforced states’ previously existing obligations to provide human rights-based social protection.3 Recognizing that social protection includes them, the SDGs specifically call for the integration of sexual and reproductive health and rights into universal health care systems.4

Significant efforts have been made by the Government of Ghana to ensure that national policies and actions on SRHRs comply with the International Conference on Population and Development Programme of Action. For example, the Ghana Shared Growth Development Agenda (Volume I and Volume II) recognizes, as a matter of priority, the critical contribution of expanding coverage, availability and accessibility of reproductive health and family planning services — particularly to adolescents and youth — in national development efforts.

Beside the 1992 Constitution of Ghana, which guarantees the rights of citizens — including women and children— additional national laws, such as the Children’s Act, 1998 (Act 560); the Domestic Violence Act, 2007 (Act 732); the Provisional National Defence Council Law (PNDCL) 102 of 1985 and the Criminal Code (Amendment) Act, 2007 ACT 741 have been enacted to promote sexual and reproductive health and rights:

Policy Outcomes on Sexual and Reproductive Health and Rights in Ghana

Despite these legislative changes, implementation and outcomes have been mixed. According to the Ghana Statistical Service, between 2008 and 2014, the percentage of men and women between the ages of 25 and 40 who reported having sexual intercourse at age 15 decreased only one point, from 12 to 11 percent. Within the same period, while the percentage of girls who were married or were in union before the age of 18 years went from 25 percent to 21 percent. The use of modern contraceptives increased from 17 to 22 percent, while the percentage of married women who have an unmet need for family planning reduced from 36 percent in 2008 to 30 percent in 2014 (see figure 1).

Figure 1: Selected Indicators of Sexual and Reproductive Health and Rights

On the other hand, births to teenage mothers (young women between the ages of 15-19) which is the main contributor to Ghana’s relatively high infant and child mortality, increased from 10 percent to 14 percent between 2008 and 2014. Perinatal mortality remained practically unchanged, going from 39 deaths per 1,000 pregnancies in 2008 to 38 deaths per 1,000 pregnancies in 2014.

First, whereas the Children’s Act stipulates that the marriage age is 18, the Criminal Code specifies the legal age of consent regarding sex at age 16. The latter means that youth may engage in sex at age 16. This may be a reflection of the increasing numbers of early pregnancies, infant and child mortalities, high prevalence of HIV among girls.

Second, the current abortion law does not give women the freedom to end a pregnancy outside the specified circumstances. This may result in unsafe abortions with its consequent implications on maternal mortality and morbidity.

Third, most young people in Ghana still do not have access to comprehensive sex education regarding, for instance, sexual violence and access to safe abortion, as it is not incorporated into school curricula. Related to this is the limited capacity to extend this type of education to youth who do not attend school and other groups of marginalized young people.

While Ghana has made notable efforts in ensuring that national policies and actions on SRHRs are aligned to international and regional law, significant gaps in ensuring universal access to sexual and reproductive health and rights still remain. Parliament needs to ensure its integration into educational curriculum of schools and also ensure sufficient budgetary allocation for implementation of programs related to sexual and reproductive health and rights.

This commentary is based on parliamentary policy brief, Policy Outcome and Challenges of Sexual and Reproductive Health and Rights in Ghana: What is the Role of Parliament? on the Parliament of Ghana’s website.

John Abebrese Boateng is a Development Policy Researcher with the Parliamentary Research Department of Ghana. John contributes to the compilation and analysis of macroeconomic and social data, preparation of Budget/Policy Briefs, Fact Sheets and Working Paper Series of the Department. He holds a Doctorate in Development Studies from the Ghanaian-German Centre of Excellence of the Institute of Statistical, Social and Economic Research (ISSER), University of Ghana. He was a visiting PhD Scholar at the Centre for Development Research (ZEF), University of Bonn, Germany; Brown International Advanced Research Institute (BIARI), Brown University, USA; University of Helsinki, Finland and Peking University, Beijing, China. His areas of interest include financing of social protection and healthcare services, governance of oil, gas and mining revenues, macroeconomic diagnostics, analysis and forecasting.