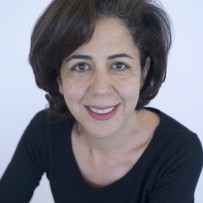 When Agenda 2030 was adopted in September 2015, women’s rights advocates were pleased to see much of what they had been advocating reflected in the new agenda. Moving beyond the narrow goals and targets of the Millennium Development Goals, not only has the process of defining the new agenda been more inclusive, and its scope universal and grounded in human rights, but the goals and targets themselves reflect a far more variegated set of structural concerns. This is evident in the remarkably broad scope of the targets under the gender-specific Goal 5 and the inclusion of a number of gender-related targets in the other goals, encompassing most of the key strategic elements identified by women’s rights organizations.

Less clear are the policies needed to achieve these targets. Although the SDGs do include so-called “means of implementation” targets, these do not provide adequate direction on policy or on how the resources needed to finance them will be generated. Efforts by developing countries and civil society organizations to give more bite to global coordination efforts on development finance by establishing an intergovernmental body within the United Nations on international cooperation in tax matters did not get very far in the 2015 Financing for Development Conference and the subsequently approved Addis Ababa Action Agenda. However, although the SDGs themselves do not provide direction, UN human rights instruments such as the Convention on the Elimination of All Forms of Discrimination against Women (CEDAW), the International Covenant on Economic, Social and Cultural Rights (ICESCR) and the International Labour Organization’s Social Protection Floors Recommendation (No. 202) provide a legal basis for meeting their targets.

Even more worrying are the looming further austerity measures which cast a dark shadow over the SDGs and their promises for gender equality. A recent paper by the ILO draws attention to a new wave of contractionary shocks expected to hit in 2016 and continue until 2020 (Ortiz et al. 2015). Based on IMF projections, 2016 marks the beginning of a second major period of expenditure contractions – following the first one in 2010-11 – expected to impact 132 countries, with the developing world expected to be the most severely affected. Overall, 81 developing countries and 45 high-income countries, on average, are projected to cut public spending during the forthcoming shock.

According to the ILO paper, governments are weighing various adjustment measures, among them the elimination or reduction of subsidies, including on fuel, agriculture and food products (in 132 countries); wage bill cuts/caps on the salaries of education, health and other public sector workers (in 130 countries); rationalizing and further targeting of safety nets (in 107 countries); pension reforms (in 105 countries); labour market reforms (in 89 countries); and healthcare reforms (in 56 countries); and revenue-side measures, such as value added taxes (VATs) (in 138 countries), that can adversely impact vulnerable populations.

These austerity measures, if adopted, would work at cross-purposes with Agenda 2030, and would be in direct violation of the human rights standards outlined in the instruments mentioned above. These instruments include the International Covenant on Economic, Social and Cultural Rights (ICESCR), which calls for States parties to progressively realize all of the rights included therein using the maximum of their available resources (which include both domestic resources and external resources from international cooperation) and appropriate means; while Recommendation 202 calls on member States to implement social protection floors in a way that progressively ensures “higher levels of social security to as many people as possible, guided by ILO social security standards.”

Many of the austerity measures being considered would make it particularly difficult for governments to advance gender equality. As UN Women’s 2014 paper The Global Economic Crisis and Gender Equality has shown, there are three main reasons why austerity measures are likely to impact women disproportionately. First, as those who are overrepresented in precarious jobs and have fewer assets and smaller savings, women are more likely than men to rely on public social services and transfers to meet their own needs. Second, as unpaid care providers for family members and friends, when social service support is reduced and services remain out of reach the burden of providing care falls disproportionately on them. But there is also a third and related issue that should not be ignored. As women make up a significant share of front-line workers in public services, cuts in public sector jobs will disproportionately affect them.

These gender-regressive impacts are evident, for example, in the way cuts to healthcare budgets impact women. Because of their reproductive and other gender-specific health needs, and their more limited capacity to make out-of-pocket payments, women rely on public health services to a far greater extent than men (UN Women 2015). They also tend to perform the bulk of unpaid health care, accompanying children and other relatives on medical visits and caring for sick family members at home. Cuts in health personnel and earlier discharge from hospital in countries such as Spain and Greece have undermined the right to health while increasing the burden on women to provide unpaid care at home (Rubery 2015).

Similar impacts are likely when transfer payments are cut. In developed and developing countries alike, public transfer payments, such as child and family allowances and pensions, tend to narrow (though not eliminate) the gender gap in personal income from paid employment (UN Women 2015, Figure 3.2). Hence, cuts to these payments are particularly detrimental for women, especially those who are raising children on their own and depend on this income to ensure that their rights and those of their children are fulfilled, such as the rights to education, housing and adequate food. In the UK where women rely on benefits for on average 20 per cent of their income (compared to 10 per cent for men), the estimated decline in income for this group as a result of budget cuts is 15.6 per cent, compared to 4.1 per cent for working couples without children (WBG 2013).

Although in many countries public sector jobs are being out-sourced, public services continue to provide an important source of employment for women, providing jobs that are of relatively good quality. In the EU271 today the share of all women in employment found in public services is more than twice the share of all men (40.3 compared to 17.8 per cent respectively). Wage or job cuts in these areas are therefore more likely to impact women, whose right to work is protected in the CEDAW and the Universal Declaration of Human Rights (UDHR). In many EU countries where cuts in public sector pay and employment took place during the last wave of austerity, women were highly affected, leading to larger declines in employment relative to men and widening gender pay gaps (EPSU 2013).

Comparable figures for developing countries are unavailable; however we do know that their public services suffer from severe staff shortages: in sub-Saharan Africa, there are fewer than 1 physician per 1,000 people and on average, 1 nurse and/or midwife per 1,000 people, while developed regions have 16 times as many physicians and 9 times as many nurses or midwives. According to the ILO (2014), 10 million additional health workers are required globally to ensure the delivery of health services for all, most of them in Asia (7 million) and Africa (3 million). If we add to this the much-needed personnel to deliver childcare and elderly care services, then we get a sense of the challenges countries face, but also the potential employment opportunities that can be harnessed if governments invest in these life-saving and capability enhancing services.

To be consistent with the newly adopted 2030 Agenda, three key measures would be needed to stimulate economic and social recovery that “leaves no one behind”: job creation along with the extension of social protection measures; public investments in infrastructure and social services to support the unpaid care economy, build human capabilities and contribute to job creation; and effective regulation of global finance to avoid future crises, and to channel financial resources into building more stable, equitable and caring economies (see UN Women 2014 for more details).

Shahra Razavi is the Chief of the Research & Data Section at UN Women. She specializes in the gender dimensions of development, with a particular focus on work, social policy and care. She is the research director for UN Women’s flagship report, Progress of the World’s Women. Her recent publications include Seen, Heard and Counted: Rethinking Care in a Development Context (special issue of Development and Change, 2011), Underpaid and Overworked: A Cross-national Perspective on Care Workers (with Silke Staab, special issue of International Labour Review, 2010), and The Gendered Impacts of Liberalization: Towards ‘Embedded Liberalism’? (2009, Routledge, New York). Her other areas of work have been on the challenges of mainstreaming gender within development institutions, and gender justice and the politics of rights-based agendas.

The views expressed are those of the author and do not represent the position of UN Women.