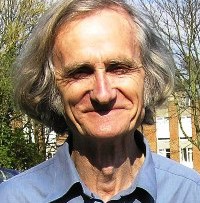 The tendency for programmes intended for those who are poor and marginalized to be distorted and captured by local elites is widely recognized. Men appropriate what is intended for women; local power holders distribute benefits to their relatives, caste, class, ethnic, factional, religious or even age groups. Notoriously in India the non-poor have often defined themselves as poor in order capture benefits intended for others. The means used are many: falsification of records; local elites sharing the spoils with officials; keeping records hidden; intercepting information and keeping poor people ignorant of programmes and their rights; intimidation and threats of sanctions; demanding a proportion of benefits as a price for passing on some of them, and so on. The more patriarchal, hierarchical, caste or class-ridden, factional, ethnically divided, fundamentalist and/or undemocratic a society is, the more such elite capture, exclusion and false reporting can be expected.

For programmes of social protection,1 participation is an obvious prescription to overcome this elite capture but is far from a magic wand. Who participates? Participation can itself be captured to become an instrument for exclusion of those who are meant to benefit, even to the extent of leaving them relatively worse off than before. Participation can also be limited to certain groups of poor and vulnerable people to the exclusion of others: for example, women’s savings groups often leave out the poorest women. People living with disabilities are especially vulnerable.

How effective participatory processes can be in overcoming these tendencies, and what processes can be recommended, will always depend on local context. There is, though, experience of a repertoire or menu of approaches that can be drawn upon, adapted and evolved to fit. Here are some suggestions. They are complementary and mutually reinforcing, not alternatives:

The second form of participation is monitoring by the beneficiaries themselves, who may take initiatives to expose capture and to demand their rights. This can have other spin-offs, including groups recognizing that there are others who should be included but who have hitherto been left out.

Themes threading though these five activities are rights, information and empowerment. And there will surely be others under the rubric of participation. All these activities take dimensions of decentralization beyond the limits of official institutions. In a participatory mode, beneficiaries have the potential to leap over or by-pass the lowest levels of administration and those better off and more powerful in communities. By enabling beneficiaries to make effective demands for their entitlements, they change power relations and improve programme performance. In sum, participation can mitigate or overcome elite capture by the lowest levels of administration or by those powerful in communities themselves by taking decentralization further steps—to the intended beneficiaries themselves.

Barahona, Carlos. 2013. “Are we targeting the poor? Lessons with participatory statistics in Malawi.” In Who Counts? The Power of Participatory Statistics, edited by Jeremy Holland, 137-145. Rugby, UK: Practical Action Publications.

Robert Chambers is a Research Associate in the Participation, Power and Social Change Team at the Institute of Development Studies, Sussex. He is an undisciplined social scientist and failed manager of rural development. His main operational and research experience has been in East Africa and South Asia. Books written at intervals include Rural Development: Putting the Last First (1983), Challenging the Professions (1993), Whose Reality Counts? Putting the First Last (1997), Participatory Workshops (2002), Ideas for Development (2005) and Revolutions in Development Inquiry (2008). His current concerns and interests include professionalism, power, the personal dimension in development, participatory methodologies, teaching and learning with large numbers, agriculture and science, seasonality, and community-led total sanitation.