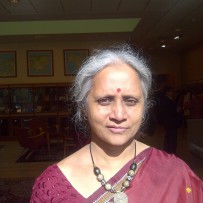 Biometrics and the violation of human rights

Suddenly, biometric data is being gathered everywhere and from everybody by all manner of agencies. The idea of parting with fingerprints and iris impressions has been marketed as a means to more efficiently and surely deliver services to the poor. This, and the threat of exclusion from a range of services if a person is not biometrically enrolled, has placed the weight of such projects on the shoulders of the poor.

Biometric data is sensitive personal data. In May 2010, in a document titled Aadhaar: communicating to a billion, a team of Indian industry leaders who helped script a marketing strategy for the Unique Identification Authority of India (UIDAI)1 said, in a section on “Mental barriers to enrolment”:

“There is likely to be a level of mistrust and inertia, given the track record of government programmes across time;… providing one’s thumbprint has a strong connotation of attestation by an individual. To do so for aadhaar (the brand name for the unique identification number, or UID), without fully understanding its meaning, may be a mental barrier for some to overcome; people may perceive providing the data as something that makes them readily accessible for abuse by the government; privacy concerns regarding the security and usage of data; giving out personal information could be a barrier to some, though it is likely to be a smaller concern area.”

These concerns were approached by the state as hurdles to be crossed, rather than issues to be addressed. They identified partners who could help them sell the idea of parting with biometric and demographic information and giving it to the state and to industry which included: “advertising agency; media agency for mass media; market research agencies; public relations; call centres”. It is significant that the UIDAI set out its mandate as “(issuing) UID numbers to all residents in the country” while promoting the project as having the “basic objective” of “improved benefits service delivery, especially to the poor and marginalized sections of society”. The poor thus provide the justification for the larger project of databasing a whole population.

Corruption, leakage in the delivery of services, welfare fraud and slippages in the last mile are offered in explanation for why each individual needs to be distinctly identified. There is an inherent suspicion of people accessing services and welfare benefits, which is exaggerated by the preoccupation with reducing subsidies. The language that is developing around the use of biometrics in service delivery is of weeding out ‘ghost beneficiaries’, ‘eliminating duplicates’ and removing the ‘undeserving’ from the lists. This may seem an odd way to articulate an agenda for inclusion, and so it is. What it does do is require every recipient of services or benefits, time after time, to prove that they are worthy of welfare, and to demonstrate that they have an entitlement in a way that technology recognizes.

Even as biometric databasing projects take off in different parts of the globe, the technology is still uncertain. This is a narrative of the Indian experience.

In December 2009, a committee set up by the UIDAI reported that 2-5% of the 25,000 persons whose fingerprints they had harvested to perform a pilot “did not have biometric records. Missing biometrics is a licence to commit fraud.” So they suggested that iris biometric technology, which was beginning to emerge from the proprietary domain, could be combined with fingerprint records to try to help achieve greater accuracy in de-duplication.2

Early in 2010, the UIDAI issued a Notice inviting applications for hiring of biometrics consultant. This document carried a candid admission that there was a total absence of evidence about biometrics in the developing world.

“There is a lack of a sound study that documents the accuracy achievable on Indian demographics (i.e., larger percentage of rural population) and in Indian environmental conditions (i.e., extremely hot and humid climates and facilities without air-conditioning).” And, “we could not find any credible study assessing the achievable accuracy in any of the developing countries. UIDAI has performed some preliminary assessment of quality of fingerprint data from Indian rural demographics and environments and the results are encouraging. The ‘quality’ assessment of fingerprint data is not sufficient to fully understand the achievable de-duplication accuracy.”

Yet, the decision had already been made that photographs, fingerprints and iris data would be collected, and numbers generated after ‘de-duplication’, relying entirely on biometrics.

In November 2011, the Director General of the UIDAI said in an interview: “Capturing fingerprints, especially of manual labourers, is a challenge. The quality of fingerprints is bad because of the rough exterior of fingers caused by hard work, and this poses a challenge for later authentication.” Reports on authentication published by the UIDAI in March and September 2012 abound with the uncertainties surrounding biometrics.

This, then, is an experiment with the entire population as the laboratory, in which the poor and the undocumented will have more to lose than the rest.

Biometric identification systems are not about identity, but about identification. Biometrics are stored and authenticated by an agency, and claims that persons make about who they are will be determined by technology and the person who wields the technology. The individual has no control over this process.

The identifier that is generated and seeded in multiple databases acts as a bridge between various silos of information. When several databases open up to each other, profiling, tracking, tagging and surveillance is rendered easy, and the individual becomes transparent to those who can access the system. This is an inversion of what right to information movements have been attempting to achieve in many parts of the world in recent times. In India, Parliament passed the Right to Information Act in 2005, pressured by a civil society movement that was demanding transparency and accountability from the government. The biometric identification project turns this on its head, attempting to make every individual transparent to the state and to private companies that use this identity platform.

In justification of the biometric identification project, a statement that is being passed off as axiomatic is this: that the poor have no interest in privacy; that privacy is an elite concern. It is food, housing, health services and education that they want, runs the justification. Yet, as far as is known, no one asked the poor for their opinion. Nor has any study been done to assess the value of privacy to the poor. Nor have constitutional positions—and whether rights that are fundamental to all persons can be waived on their behalf, or waived at all, or whether some rights and entitlements can be secured only if others are relinquished—been addressed.

It is no secret that the poor often find themselves in a twilight zone of legality. This is not because the poor are criminal, but because the law keeps them there. That the law in India, even today, treats a person who is without visible means of subsistence as a beggar, and a ‘beggar’ may be held in custody for periods ranging from one to ten years and beyond, is symptomatic of how the poor are viewed. Systems that tag, track, profile the poor and place them under surveillance have consequences beyond the denial of services, and enter into the arena of criminalizing poverty.

Technological determination of claims to identity, and of presence in various databases, is not only about privacy, but about personal security too, especially in relation to the state.

It is also about exclusion where either the technology fails, or where persons exercise their judgment and decide that they do not wish to be databased and transparent to the state and those controlling the data, or where those controlling the technology refuse recognition. In India, the language of voluntary enrolment has already given way to mandatory enrolment and seeding the UID number to get food in the public distribution system, to get work, to get cooking gas, to receive scholarships and pensions, to open and operate bank accounts, to register marriages, in rental agreements and sale deeds and wills. The poor have little choice in the matter.

Whether biometrics can uniquely identify is not the point. The point is that the regular run of people will feel watched and tracked and tagged and profiled, and that will have consequences for the way in which they constitute their politics and its expression. The vulnerability of poverty exacerbates this threat to freedom. Of course there will be someone somewhere who will say that the poor have no use for freedom.

Usha Ramanathan is an independent, internationally recognized law researcher working on the jurisprudence of law, poverty and rights. She writes and speaks on issues that include the Bhopal Gas Disaster, mass displacement, eminent domain, civil liberties, beggary, criminal law, custodial institutions, the environment, and judicial process. She has been tracking, and engaging with, the UID project (the Indian Government’s plan to issue citizens with a unique identification number) and has written and debated extensively on the subject. Her work draws heavily upon non-governmental experience in its encounters with the state, a six year stint with a law journal as reporter from the Supreme Court, and engaging with matters of public policy. Some of her writings can be found at the IELRC website. She studied law at Madras University, the University of Nagpur and Delhi University.