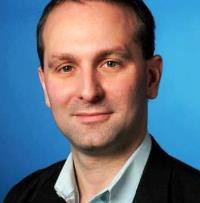 One of the most common misunderstandings about human rights is that the “goal” or desired end state of human rights is the aggregated circumstances of individuals. In other words, many people confuse goals such as ending poverty or getting all children into school, both of which are indeed good things, with human rights goals. The ambition of human rights goes beyond this, to a situation where every aspect of the social arrangement under which people live makes the chances of someone being poor as low as they could possibly be—and hopefully impossible. In other words, it is not enough that no one is poor today, even though that would be a good thing. The ambition of human rights goes further to achieving a situation where it is as unlikely as possible that anyone is poor ever.

The issue of gender equality in social protection systems then is not only about how well they achieve reductions in poverty for women, or even the somewhat instrumentalizing question of how women can be “used” to ensure that social protection systems have maximum impact for poverty reduction. After all, poverty is a symptom, not the disease. Seen as part of a broader system of change, the question is rather one of how a particular social protection mechanism can further or hinder gender equality more broadly. It leads to questions such as how women’s agency and leadership in the design of social protection systems can be leveraged to strengthen women’s voice in decisions and actions beyond issues related only to those systems. For example, systems which offer latitude for customization at the sub-national level may well offer more opportunities for grass-roots women’s voices to be heard than more centralized systems. Social protection systems which address issues of employment can aspire not only to secure employment for women, but also to challenge gender stereotypes by promoting women’s employment in areas such as science, technology and engineering.

The issue is one of how to leverage the design of social protection systems to promote women’s rights beyond the scope of that system. Gender mainstreaming is not only about making sure what you do takes into account differential impacts for men and women, girls and boys. It is also about making sure that what you do reflects your responsibility to take every opportunity to advance gender equality. The objectives of a social protection system must serve the goal of gender equality, not the other way around.

The gendered dynamics of society

Second, a gender perspective on social protection is about the gendered dynamics of a society, not only about the role of women. That means that gender-sensitive social protection systems also need to address the role of men and boys, and think of gender in terms of relationships rather than individuals. For example, does it really make sense to consider income security in the context of maternity, without considering at the same time the context of paternity? To do so sends clear signals to women and men that reflect basic assumptions about childcare burdens that are founded on gender stereotypes and cultural norms.

This is not to say that the reality of women’s lives does not demand special attention in the context of social protection systems. Women’s over-representation in low-pay, vulnerable labour, the burden of unpaid care work they experience, and their experience of violence driven in significant part by their disempowerment and exclusion from decision making, all make the case for ensuring that social protection systems deliberately target, and be explicitly judged in terms of, the contribution they make to improving the situation of women. However, if social protection systems are to aspire to being transformative, and not merely palliative, then the role of men and boys cannot be disregarded.

The special circumstances of adolescent girls

Lastly, a gender perspective on social protection needs to be informed by the real circumstances of human beings, who are defined by more than merely their gender and sex. Women of minorities or indigenous groups, women living with disabilities, and women of different ages all require consideration in terms of the intersecting aspects of their identity which drive their experience. Within this context, it is particularly important at this point in time to take into account the special circumstances of adolescent girls. The economic and other costs of a failure to provide adolescent girls with the opportunity to develop to their full potential have been estimated elsewhere. In terms of human development there is a compelling case that the 250 million or so adolescent girls living in poverty represent our greatest collective failure to take the policy actions necessary to ensure that we achieve internationally agreed development goals. There is too often a tendency to overlook the specific circumstances of adolescent girls in policy development, perhaps because adolescent girls do not have adequate space in dialogue on policy options to present their own concerns in their own way. A human rights approach to social protection demands that everyone is considered and has an opportunity to influence the decisions that affect their lives. So it is useful to ask of social protection systems what exactly they deliver for adolescent girls, and how exactly they provide opportunities for adolescent girls to have a say in their development, implementation and monitoring.

Social protection is important. It is about more than just reducing poverty. It can be a remarkably powerful tool. However, getting the most from that tool requires setting the sights of social protection systems on supporting a programme of change in the underlying gender dynamics of societies, ensuring that it understands and addresses the different yet connected roles of women, men, girls and boys, and understanding and responding to the special circumstances of adolescent girls. That may be unwelcome to those who prefer to keep things simple. But to do any less is to fail all of us who would benefit from a more gender-equal world.

Dan Seymour is currently UN Women’s Deputy Director of Programmes, having previously served as Deputy Chief of Staff/ Strategic Planning Advisor to the Executive Director, also with UN Women. He began his career as Save the Children UK’s first Human Rights Officer. He has worked in government as an advisor on child rights to Robin Cook, the UK Foreign Secretary; with the Organization for Security and Cooperation in Europe’s Kosovo Mission as a human rights monitor and head of office; and as Save the Children Alliance Representative to the United Nations in New York.

Dan Seymour joined the UN with UNICEF in 2002 working first in the Child Protection Section of Programme Division, then as Planning and Social Policy Officer in the Viet Nam Country Office, and finally as Chief of UNICEF’s Gender and Rights Unit. During that time he was elected chair of the OECD/ DAC’s Human Rights Task Team. In 2010 he went to UN Women to support its establishment.

He is a graduate of Oxford University with degrees in Political Science and Economics and in Human Rights Law and Theory.