Protecting the Right of Access to Social Security Benefits 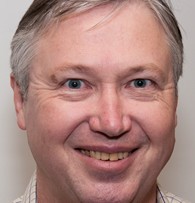 States must ensure the right to social security for all without discrimination of any kind. Article 2(1) of the International Covenant on Economic, Social and Cultural Rights (ICESCR) and Article 26 of the Convention on the Rights of the Child oblige States Parties to take effective measures, within their maximum available resources, to fully realize this right. This does not mean that everyone should always be in receipt of social security; instead, it means that everyone should be able to access social security whenever they require it so as to be able to ensure the right to an adequate standard of living—including adequate food, clothing and housing—as set out in Article 9 of the ICESCR.

The right to social security must be understood within the context of the majority of people in many countries lacking income security and the obligation of states to strive towards the continuous improvement of living conditions (Article 9 of the ICESCR). Poverty lines are relatively arbitrary constructs and do not reflect the number of people without an adequate standard of living in any country. Incomes of individuals and households are volatile and can change over short periods (in particular as the result of shocks they experience).

To illustrate this point, Figure 1 indicates the distribution of consumption in Bangladesh from the household with the lowest consumption to the highest (in 2010). Across most households, it shows a relatively flat distribution, indicating that the difference between households is relatively small. So, as demonstrated by the poverty lines (in red), a slight shift in the poverty line can mean a significant rise in the poverty rate: for example, a 20% increase in the Basic Needs Poverty Line (BNPL) results in a 46% rise in the poverty rate. In reality, most families in developing countries—Bangladesh included—are in danger of falling under the poverty line and certainly do not enjoy an “adequate standard of living.” Indeed static categories such as “the poorest of the poor” are best understood as imaginary constructs and unhelpful in designing social security schemes.

If countries are—due to resource limitations—unable to provide universal coverage, they must ensure that they have plans for progressively expanding their social security system and, when schemes are “targeted” at a minority of the eligible category—usually those with the lowest incomes—mechanisms must be established to ensure that people can access them whenever they require and they fulfil the eligibility criteria. There is, therefore, implicitly a trade-off. If countries decide to reduce coverage, they must increase administrative costs to ensure that those fulfilling the criteria can access schemes immediately.

Ensuring immediate access of those who fulfil eligibility criteria is challenging and requires specific measures to be taken. If countries decide to target those with the lowest incomes, they must, for example:

States should ensure that the dignity and privacy of recipients is respected and that every effort is taken to minimize stigmatization of applicants and recipients. For example, schemes should avoid publicly naming those selected, for example by putting up lists of recipients or by encouraging potential recipients to be named in a public setting.

Given the high number of people in many countries without an “adequate standard of living”, it is critical that states adopt the principle of progressive realization of the right to social security, in line with their maximum available resources. They must take measures so that, over time and as resources increase, coverage of the national population expands, progressively including more of those facing income insecurity. Ensuring universal access should be the aim of all countries so that all people who require social security are able to access it.

Stephen Kidd is a Senior Social Policy Specialist at Development Pathways and has worked on social security and social development in more than 25 countries across Sub-Saharan Africa, Asia, Latin America, the Caribbean and the Pacific. He was previously Director of Policy at HelpAge International and a Senior Social Development Adviser at DFID, where he led the Social Protection and Equity and Rights policy teams and also worked on DFID’s China and Latin America programmes. He is a social anthropologist by training and was a lecturer at the University of Edinburgh for two years. During the 1980s and 1990s, he lived in Latin America for over 10 years, mainly supporting the rights of indigenous people.