Home » Effective access to benefits » ILO Recommendation 202 is Not a Legal Island: Explicit Links between R. 202, the ICESCR and the UDHR

ILO Recommendation 202 is Not a Legal Island: Explicit Links between R. 202, the ICESCR and the UDHR 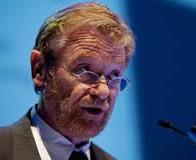 ILO Recommendation 202 is not a legal island

More than 18 months after the global community (184 national delegations consisting of governments, workers and employer representatives) unanimously accepted ILO Recommendation No. 202 on social protection floors in June 2012 it seems to be one of the most misunderstood documents in almost 100 years of global legal standards in social security. But let us go back to basics and unpack the argument.

Article 11 of the International Covenant on Economic, Social and Cultural Rights (ICESCR) states: “The States Parties … recognize the right of everyone to an adequate standard of living for himself and his family, including adequate food, clothing and housing, and to the continuous improvement of living conditions. The States Parties will take appropriate steps to ensure the realization of this right…”. Two paragraphs before Article 9 states categorically: “States Parties to the present Covenant recognize the right of everyone to social security, including social insurance.”

The Universal Declaration of Human Rights (UDHR), the older document of the two, states in Article 22: “Everyone, as a member of society, has the right to social security and is entitled to realization, through national effort and international co-operation and in accordance with the organization and resources of each State, of the economic, social and cultural rights indispensable for his dignity and the free development of his personality.” It is followed by Article 25 which stipulates: “Everyone has the right to a standard of living adequate for the health and well-being of himself and of his family, including food, clothing, housing and medical care and necessary social services, and the right to security in the event of unemployment, sickness, disability, widowhood, old age or other lack of livelihood in circumstances beyond his control.”

The preamble of the ILO Recommendation No. 202 (R.202)—and it is worth noting its correct title: Recommendation concerning national floors of social protection (Social Protection Floors Recommendation)—explicitly links the instrument to Articles 22 and 25 of the UDHR and Articles 9, 11 and 12 of the ICESCR, in order to exclude any contradiction between the Recommendation and the older human rights texts.

R.202 is a short document and yet its actual content and the potential breadth of its political repercussions seem to remain unknown.1 The objectives of R. 202 are set out in paragraph 1 as providing guidance to members to:

The term “guarantees” underlines that the focus is on the outcome in terms of social security that can be achieved by different types of benefits and different types of schemes rather than concrete means or benefits. But R.202 clearly formulates a protection objective: According to Article 4 of the Recommendation “these guarantees should ensure that all in need have access to essential health care and basic income security which together secure effective access to goods and services defined as necessary at the national level”. This formulation also was a way to canvas the definition of the floor as a combination of income security provided through cash transfers and transfers in kind or in form of access to essential social services as listed in Article 11 to 13 of the ICESCR and as developed in the Bachelet Advisory Report3 to the Joint Crisis Initiative of the UN Chief Executives Board for Co-ordination on the Social Protection Floor established in 2009. The Recommendation also puts the floors of protection into the context of wider social security extension strategies that countries are required to adopt.

What is often overlooked is that the Recommendation identifies for the first time a comprehensive a set of principles for national social security systems. The potential consequences of the policy guidance provided by R. 202 are much wider and much more concrete than one would expect at first sight from a five or six page document.

And these performance standards should—in theory at least—require a rethinking of many national policies. An example for the adequacy principle may suffice to prove the point. Some of the social security reforms of recent decades, such as the pension reforms in Latin America and Eastern Europe during the 1980s and 1990s, might have to be reviewed with respect to the principles of adequacy and predictability of social security benefits. In defined contribution pension systems where benefit levels depend to a considerable extent on the accidental performance of financial markets, even after long years of paying contributions benefits cannot be guaranteed to be adequate and are certainly unpredictable and are thus—without benefit level guarantees which so far do not exist—not compatible with the core principle of R.202.

And still advocates of R.202 are often confronted with the criticism that it is a minimalist document clashing with demands for adequate levels of protection and hence implicitly not providing adequate standards of living for all. Nothing could be further from the truth. Yes, the Recommendation provides explicit core content of the core obligations4 for the human right to social security as specified in the key human rights instruments. That content was missing for many decades. But it is more than that. The Social Protection Floors recommendation has a triple function: it defines a floor of minimum guarantees, sets out a codex of security principles and requires a plan for dynamic national strategies toward higher levels of protection in the 184 ILO member states.

NOTE
This text is largely similar to the version published by the same author under the title Is the Good the Enemy of the Better, or Are Social Protection Floors a Minimalist Approach? in the January 2014 Global Cooperation Newsletter published by the International Council on Social Welfare.

Michael Cichon is President of the International Council on Social Welfare. He holds a Masters degree in Pure and Applied Mathematics (Technical University, Aachen, Germany), a Masters degree in Public Administration (Harvard University) and a Ph.D. in Economics (University of Göttingen, Germany). He is a member of the German Actuarial Association (DAV), joined the ILO in 1986 as senior actuary and health economist. Between 1992 and 1995 he served as social security specialist on the ILO advisory team for Central and Eastern Europe in Budapest. Between 1995 and 2005 he was the Chief of the Financial, Actuarial and Statistical Services Branch of the ILO’s Social Security Department. In May 2005 he was appointed Director of the Social Security Department. He undertook and supervised technical co-operations project in more than 30 countries, writes on social security policy, financing and governance issues and teaches in the joint ILO/University of Maastricht Master’s course on social protection financing.