Finding Synergies between Political Support, Legal Frameworks and Funding for Sustainable Social Protection Programmes in Latin America and the Caribbean 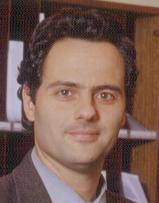 Implementing social protection policies and programmes (SPPPs) in the absence of clear and specific legal and institutional frameworks entails a number of risks, not only in terms of their continuity, but also of scope, legitimacy and the protection of human rights standards (United Nations, 2009). Legal and institutional frameworks enable the permanence of these policies and programmes—which then tend to be seen as part of state policy, not just government policy— as well as the creation of the government structures and interagency coordination mechanisms needed to produce the benefits.

However, a proper legal and institutional framework is a necessary but not sufficient condition to ensure that SPPPs are conceived as long-term initiatives which are not vulnerable to changes in government. A key consideration is how to ensure that SPPPs are sustainable financially. If agreement is reached on a legal and institutional framework but not on the mechanisms and levels of financing, SPPPs can easily be dismantled. To this end, it is crucial to develop agreements for social protection access, funding and solidarity by means of fiscal and social protection covenants, encompassed within the concept of entitlement to rights, as ECLAC (2006) has suggested for the Latin American and Caribbean (LAC) region. A fiscal and social protection covenant between different political forces is needed to reach agreement on how to finance a comprehensive social protection system, with benefits and coverage sufficient to realize the population’s economic and social rights. This covenant should sustain a level of taxation sufficient to maintain a level of social investment over time which will have a solidarity component, allowing redistribution in favour of the poorest and most vulnerable. Furthermore, beyond the financing issue, monitoring and evaluation is needed to verify that policies and programmes are indeed benefiting people and thus to create consensus on their permanence.

Although many challenges remain, LAC countries are leaving behind the traditional informal mechanisms of lobbying in favour of social policy and provide several important examples of progress towards covenants based on social rights. Since the return to democracy in the 1980s and 1990s, in particular, several LAC countries have made significant progress with the constitutional recognition of social rights. For example, Brazil’s 1988 Constitution enshrines a normative vision of social protection and its components, which defines growing state responsibility for financing the system and postulates universal access and coverage of social services. Similarly, Colombia’s 1991 Constitution safeguards rights to social security and assistance (Cecchini and Martínez 2012). These Constitutions set clear guidelines for SPPPs and have contributed to strengthening the countries’ social protection systems even if important political changes have taken place over the years.

Progress has also been made with respect to the legal framework of SPPPs, as can be observed in the Mexican case (Maldonado Valera, 2013). In 2003, the country adopted the General Law of Social Development, which defines a national social development policy, sets guidelines for the multidimensional measurement of poverty and the external evaluation of all federal social protection programmes, and defines the amount of federal social investment in order to avoid drastic reductions. This law follows a series of social policy reforms that took place in previous years, and in particular it extends to other programmes institutional innovations introduced by the conditional cash transfer programme (CCT) PROGRESA (“Education, Health and Food Programme”, now called Oportunidades), which was launched in 1997. These mechanisms include setting up beneficiary registries, drafting very detailed and precise operating rules—including for the selection of programme participants—as well as undergoing external programme evaluations.

PROGRESA was the response to the failings of the poverty-reduction programme PRONASOL (“National Solidarity Programme”), launched by the Mexican government in 1989 and characterized by electoral motivations and clientelistic practices. Thanks to its institutionalization and positive impact on the ground, PROGRESA—which was launched under President Zedillo’s Institutional Revolutionary Party (PRI) Government—was maintained and expanded by President Fox’s National Action Party (PAN) Government, which in 2001 changed the programme’s name to Oportunidades. An important feature of PROGRESA/Oportunidades has been the incorporation of monitoring and evaluation into the programme’s design, leading to a vast number of external studies and impact evaluations which have shown that the programme is benefiting the population.

Several other CCTs in LAC countries have succeeded in establishing specific legal frameworks to govern their procedures, but many such legal instruments are not laws, but rather executive orders or governmental resolutions, which do not ensure consensus among all political sectors and thus threaten to undermine programme sustainability (Cecchini and Madariaga 2011). Consequently, although generally CCT programmes have been maintained and expanded regardless of government changes, they have not been exempt from political sustainability problems. For instance, Nicaragua’s CCT, named the Social Protection Network and supported by the Inter-American Development Bank, was not sustained by a law and did not survive the 2007 change in government.

The challenge of creating synergies

In light of the above, it can be argued that one of the most pressing challenges facing SPPPs in terms of their sustainability is to create synergies between political support for concrete SPPPs endowed with a legal basis, institutional and technical capacities and the availability of sufficient funding for the progressive realization of economic and social rights (Cecchini and Martínez, 2012). To ensure that these rights do not become a dead letter, they must be compatible with the level of development that has been reached in each country. Social and economic rights must also be aligned “with the fiscal covenant that has been established in each society if we are to avoid creating unrealistic expectations or macroeconomic disequilibria that will ultimately, via other routes, hurt the very social sectors that we are trying to protect” (ECLAC, 2000, p. 30).

United Nations. 2009. Promotion and protection of all human rights, civil, political, economic, social and cultural rights, including the right to development. Report of the independent expert on the question of human rights and extreme poverty, Magdalena Sepúlveda Carmona. (A/HRC/11/9), 27 March.

Simone Cecchini is an economist with the Social Development Division of the United Nations Economic Commission for Latin America and the Caribbean, based in Santiago, Chile. He works on poverty reduction and social protection policies and programmes, advising countries in the region. Mr. Cecchini holds a Degree in Political Science from the University of Florence, Italy, a Master’s in International Trade and Investment Policy from the Elliott School of International Affairs, Washington D.C., and an MBA from the Universidad Catolica of Chile.