Home » Administration of non-contributory schemes » Do Targeting Techniques Tend to be Incompatible with the Human Rights Standards of Transparency and Access to Information?

Do Targeting Techniques Tend to be Incompatible with the Human Rights Standards of Transparency and Access to Information? 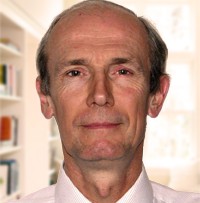 Poverty targeting presents many problems in terms of accuracy and reliability, but common methods for identifying the poor are also problematic in terms of human rights standards of transparency and access to information. Let us look from this perspective at each of the two main methods usually used to target the poor: community targeting and proxy means testing. These veer to opposing extremes on the transparency/access to information scale, yet both are incompatible with human rights standards: the one relies on excessive information and offensive transparency, while the other relies on insufficient information and deliberate obfuscation.

Intrusive and no means of appeal

Community targeting entails open and intrusive debate within close-knit communities (in other words between family members, friends and neighbours) to agree who are the poorest and most deprived. To be done effectively, this requires exposure and public discussion of individuals’ most intimate personal circumstances. Not surprisingly, many communities reject this, recognising that almost all within the community are equally deserving of support (if for an infinitely varying range of reasons), and would prefer to share any benefits equally throughout the community…without the need for external prying.

In some cases, community processes even appear to use this obnoxious public exposure as a mechanism for self-targeting, exploiting the assumption that only the most desperate and destitute of individuals or households will be prepared to accept the stigma of selection in order to receive the offered benefit. Some programmes shamingly announce the names of beneficiaries at public village meetings, others post their names on village notice boards, and one even proposed to publish the lists in national newspapers! As a result, there are many cited examples, from food stamps in the USA to social cash transfers in Malawi, where households refuse to take part in the programme because they are too proud to be identified as poor enough to need it.

The final problem with community targeting is that its very public nature makes appeals against it difficult. If households have revealed everything there is to be known about them, and if, for whatever reason, they have not been selected for the programme, there is no basis for appeal: there is simply no more information they can provide. Either they have to accept the “community” decision as final, or they have to escalate their appeal (and their discomfiting public humiliation) to a higher administrative authority.

Lack of transparency and redress

Proxy means testing, at the other extreme, is an automated statistical approach that applies multivariate regressions to household survey data, to determine the main characteristics of poverty and to calculate the relative weightings between them. On the basis of this analysis it then categorises all surveyed households and automatically selects those that exhibit the closest match to that particular combination of poverty proxies. If that all sounds unfathomable, that’s because it is! To work properly, however, those proxies have to be easily observable in real life: they are therefore usually household characteristics like the number of animals owned, the age of the household head, the roofing material used, the asset base of the household. And herein lies a problem: if the proxies are made public (which of course they should be in the interests of transparency), then some households very quickly learn to manipulate them: chickens may belong to a neighbour, age can be falsified, thatch can be placed over a tin roof, assets can be “borrowed” rather than owned, etc. So the proxies, and the complex weightings given to each one, are usually kept secret. This means that, whilst its proponents vaunt the fact that proxy means testing is, supposedly, dispassionately impartial, objective and transparent, the opposite is actually true: proxy means testing is essentially a “black box”.

As a result, households have no understanding at all about why they have or have not been selected as beneficiaries of a programme; and very often implementers at field level are none the wiser. Frequently, they assume it is purely random selection, or the will of some omniscient deity, or the result of a lottery (which in many ways it is). Often they are told it is because a “computer” has decided. Ironically, in the case of Ghana’s LEAP Programme, this was apparently close to being the truth: with the departure of the software engineers who had designed the original software on which the proxy means test was based, there was a period when there was no-one left in the country who could modify the formula for selection.

Here again, as with community selection, there is no basis for households to appeal. But in this case it is because of the lack of transparency and the imperative of the system to provide incomplete information. There is an inherent conceptual incompatibility between “black box” proxy means testing and any grievance redressal system. This is because, on the one hand, households cannot appeal against the accuracy (or inaccuracy) of the analysis used by the proxy means test in predicting poverty, because this relies on an abstruse and impenetrable formula. Nor, on the other hand, can they appeal on the basis of any other characteristic (such as their perceived comparative poverty or vulnerability), because, if such an appeal were to be upheld, it would render the proxy means test’s ranking irrelevant: every household would be able to appeal, and the appeals system would effectively become the targeting mechanism, with the proxy means test process now totally redundant.

So the two predominant mechanisms for targeting the poor, in addition to being arbitrary, inaccurate and open to abuse, are also seriously compromised in terms of acceptable human rights standards of transparency and access to information.

Nicholas Freeland is an independent consultant in social security systems. From 2005 to 2011 he was the Programme Director of the Regional Hunger & Vulnerability Programme (RHVP) in southern Africa, working to promote social protection as a response to chronic poverty throughout the SADC region. He is currently Team Leader of the European Commission’s Advisory Service in Social Transfers (ASiST), and a member of AusAID’s social protection expert panel. He has worked on social security programmes in over thirty low- and middle-income countries, in Africa, Asia, the Caribbean and the Pacific. With a background in information and communication technologies, he has an abiding interest in the issues of information management on social protection programmes.