Conditional Cash Transfers and the Human Right to Social Security 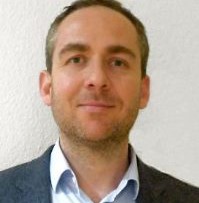 The increasing use of conditional cash transfers (CCTs) has perhaps been one of the most significant additions to the social development agenda of late. CCTs are now key components of many governments’ poverty elimination programmes and feature centrally in the UN’s current Social Protection Floor initiative1 The mainstream media has also taken note and lent support in favour of their adoption.2

CCTs have delivered some impressive results in terms of reducing poverty and inequality, and are credited with numerous other positive human development outcomes. However, opinions on the status of CCT conditionalities in terms of human rights remain mixed. Some argue that CCTs are contradictory in nature (imposing obligations on rights) and therefore obstructive to the human rights agenda, while others stress the importance of obligations complementing those rights. The paradox is that CCTs may be positive along one dimension (reducing poverty) but not others (compromising human rights).

Moreover, there is no conclusive evidence to show that the conditional mechanism has anything to do with the aforementioned positive effects of CCTs; rather, conditionality is much more to do with politics and improving their acceptability. Perhaps conditionality is just a convenient mechanism by which to placate the paternalist twitch3 (that is to say, they provide sufficient behavioural controls to quench the demands of those social classes that finance social transfers)? In this sense, conditionality ensures continued political support and represents a ‘necessary evil’ to realize human rights through a non-prefigurative approach (that is, one in which the means are not consonant with the ends). One wonders if the conditional question ultimately boils down to a question of faith in human nature (or a lack of it), and whether the poor need to be “nudged” in the “right” direction or given the resourced freedom to develop in ways that they individually deem fit. If true, this poses the question: why not dispense with the conditional dimension rather than risk rights violation? A question I will return to later.

The first position, that CCTs violate human rights is straightforward: human rights are unconditional, universal and indissoluble in character, their fulfilment cannot be based on supposed “deservingness”. In this sense, CCTs are clearly detrimental to securing human rights… End of story! And since income security is the main delivery mechanism employed in advanced societies for realizing the human right to social security it is therefore unacceptable to deny a person (parent or child) that fundamental right; a right that might be violated through the imposition and enforcement of conditionalities. Concerns are further compounded by the fact that the fulfilment of the conditions may not entirely depend on the beneficiaries, but also on the availability and quality of the basic social services. How can individuals fulfil conditions if the requisite services do not exist, are inadequate or their distant location makes the opportunity cost of access prohibitive? Remote, difficult-to-reach or deprived areas where vulnerability is high, are typically characterised by the absence of such services. In such places, the high opportunity costs of meeting conditions of CCTs may penalize the most vulnerable who are least able to meet conditions. Responsibility for protection is therefore shifted from the state on to the individual.

While seemingly counter-intuitive to the preceding argument, conditionalities can also be advocated from a rights-based perspective. They have been invoked as a way to promote a combination of rights and as a means to facilitate their materialization. This represents an important shift, as, although universal in principle, in practice rights have remained unfulfilled for many if not most of the poor (as per the looming post-MDG deficit). In other words, CCTs may represent a concrete way to bridge the gap between the legal basis of rights and their practical fulfilment. It is argued that this can be achieved because it is recognized that the situational knowledge of beneficiaries, and their behaviour, are key factors for the materialization of rights. In addition, CCTs can also positively influence the behaviour of non-beneficiaries who may wish to gain access to participation. More broadly, it is argued that conditionalities bind not only the beneficiaries, but also the public authorities to create the necessary conditions (for example, basic services availability) for their fulfilment. This is why CCTs are now presented as a vehicle for co-responsibility.

Continuing in this vein, rather than impede human rights, CCTs may have an important recursive function that permits further enhancement of service delivery and therefore maximizes opportunities for rights realization: lack of compliance with conditions does not have to trigger a punitive approach leading to the exclusion of the beneficiary. Instead, non-fulfilment can also be understood as having a revealing function, highlighting the vulnerability of individuals. This sheds light on the balance—or the lack of it—between the solutions provided and the needs of the beneficiary. Thus, non-fulfilment could kicks-start a positive feedback loop signalling to the authorities that perhaps the delivery of essential health and education services is lacking, or that there is a need for other services (for example, counselling, job training). Consequently, further inquiry leads to progressively improved solutions.

Far from undermining rights fulfilment, the existence of conditionalities might strengthen the bargaining power of some household members thereby facilitating the fulfilment of their rights and promoting their status within the household. This aspect can be particularly important for women and children. However, this point also illuminates the inherent gender bias of CCTs whereby fulfilment of conditions is a responsibility often bestowed on women, and therefore gender inequality is reproduced by anchoring women in existing roles, for example reinforcing the idea that caring is a maternal duty and simultaneously infantilizing men as potential carers.

But is conditionality morally acceptable or even effective?

For others, conditionality represents a form of paternalistic social engineering writ large writ4 here the design of CCTs is at best guided by a benevolent paternalism (saving us from ourselves), and at worst, by a mean-spirited cynicism, showing little faith in the poor to know what is best for themselves and their families, and reinforcing the belief that recipients are somehow social misfits wholly responsible for their condition. In this cynical sense, conditionality offers social policy makers a means to limit the adverse effects of decision making that may be inconsistent with human development goals or, arguably, with the best interests of household members. For instance, CCTs obligate the ‘poor’ to prove that they are not ‘lazy’. The morality of this approach is dubious and resonates frighteningly with Bentham’s project of creating an ‘architecture of choice’, and with ‘nudge-esque’ social policy.It also fulfils Foucault’s prediction that society will tend increasingly toward the panopticization of human behaviour. As a result, conditionality not only poses a threat to human rights; it chips away at freedom and personal responsibility, depriving humans of agency and the opportunity to consider and select forms of life which are both satisfying and rational.

As intimated early, much of the discussion thus far is underpinned by the presupposition that the conditional mechanism is pivotal in producing positive social outcomes. However, the efficiency of conditions has rarely been studied separately from the programmes that include them; therefore some argue that there is almost no evidence that conditions make any major difference.5 More study is clearly needed to disaggregate the effects of the conditional mechanism and the actual cash payment. Perhaps there is a need to recognize that the presumed effectiveness of conditions has attained something of the doxa status, or a kind of Emperor’s Clothes: an idea we think with and through, but not about. We should be cautious of such seemingly self-evident truths, whose employment really is more a matter of faith than anything based on scientific rigour. CCTs continue to be an increasingly popular means for reducing poverty. However, that CCTs should remain conditional is clearly not universally agreed. If the conditional mechanism is not the pivotal factor, then why not dispense with it and behavioural conditionalities? Perhaps a movement toward unconditionality could offer a way forward. While unconditional cash transfers (UCTs) are not automatic fulfillers of human rights, arguably they reduce the risk of human rights violations when it comes to the right to social security, with the bonus of being freedom enhancing. However, when it comes to other rights (such as education, basic health care), like CCTs, UCTs must be embedded in a wider social policy framework of adequate social services and monitoring, in order to facilitate rights maximization and materialization. Elsewhere it has been argued that cash transfers do not need to be made conditional on school attendance to impact on children’s education.6 Even the (unconditional) old-age pensions in Brazil have helped to increase school attendance, and there is evidence that the cash paid through the Namibian pension scheme has ultimately been spent on children’s education in spite of the absence of conditions. The recent pilot studies on UCTs in India, which have exhibited many similar positive results, also support this view.7

This debate is unlikely to be settled in the foreseeable future, but unconditionality can reduce the risk of human rights violation ex ante receipt of benefit, whilst continuing to reduce poverty.

Ian currently works for the International Social Security Association as a social security analyst, where he produces research on social policy issues related to social protection. He is also co-editor of Social Security Programs throughout the World, a collaborative publication produced by the ISSA and the United States’ Social Security Administration.
His main research interests have focused on the impact of the financial crisis on social security, the basic income, and the social and economic effects of social transfers. Notably, he also has worked for the International Labour Organization where he co-authored the UN’s 2011 Bachelet report: “Social Protection Floor for a Fair Globalization.” With an academic background in political theory and philosophy, he gained his PhD in philosophy from the University of Northampton in 2006. He is also a qualified university lecturer and has taught courses in political theory and sociology at undergraduate and post-graduate level at a number of universities in the UK and in Mexico City.