A Rejoinder to ‘Pro-Poor and Pro-Development Transparency’ 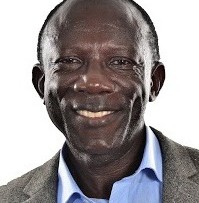 Charles Lwanga-Ntale is the Regional Director and Special Adviser for East & Central Africa at Development Initiatives.

A Rejoinder to ‘Pro-Poor and Pro-Development Transparency’

Pla suggests strengthening macroaccountability and transparency in public spending on social programmes and in aid funding to achieve pro-poor access to information legislation. She also recommends that government information should be brought to poor people in ways that are sensitive to their physical and intellectual information needs.

While Pla’s reasoning is compelling, and makes an important contribution, it only provides part of the solution to the challenge of making access to information on social protection pro-poor.

Any pro-poor transparency laws and policies must have ending poverty as an underlying objective. Pla touches on this by identifying the positive impact that sharing government information with poor people can have: “It is likely to trigger pro-development empowerment in individuals,” and “economic poverty is linked to information poverty.” But I would go further and suggest that social protection and access to information must be fully recognized as rights that poor people can invoke to exit poverty.

The link between social protection, human rights and development

Social protection should also be recognized and prioritized as a human right, and is strongly linked to, and underpinned by, access to information. The Universal Declaration of Human Rights recognizes the link between social protection, human rights and development. It includes articles on:

Yet the uptake of social protection policy and programming by developing country governments has been slow. This is largely because it has not been understood as a human right. There is a widespread tendency to associate human rights with issues relating to physical abuse, such as torture, arbitrary arrests, sexual violence, execution, and attacks on and ill-treatment of civilians. While responding to these types of human rights abuses and bringing perpetrators to justice is critical, it is equally important to recognize and respond to other (non-physical) human rights abuses, such as denied access to social protection and information.

Challenges faced in meeting the Millennium Development Goals (MDGs) highlight that further progress in ending extreme poverty will be difficult without a greater focus on social protection and access to information. While there has been significant progress in meeting the MDGs, illustrated by the fact that poverty rates have halved between 1990 and 2010, there are still 1.2 billion people living in extreme poverty. The goal of achieving universal primary education for all is unlikely to be met if current trends continue. Although there has been some progress in promoting gender equality and empowering women, much more needs to be done to ensure that practical results are achieved. For example, while the incidence of HIV is declining steadily in most regions, at least 2.5 million people are newly infected each year.

Improvement in public services have been achieved through the MDGs across many sectors, such as the improved provision of healthcare and education services and equal access for men and women through the promotion of gender equality. But many poor people in developing countries have failed to access these services. This is partly because they did not know about them as a result of inadequate or inaccessible information. In addition, and as recognized by Pla, the uptake of services by poor people can also be undermined by a variety of other factors, including:

Access to information and social protection are therefore critical to meeting global goals on ending poverty.

Access to information and social protection should form a central focus of the post-2015 development agenda. The High Level Panel of Eminent Persons on the Post-2015 Development Agenda’s timely proposal to “leave no one behind” aims to put sustainable development at the core of any post-2015 settlement, transform economies for jobs and inclusive growth, and build effective and accountable institutions for all. To achieve this, and make continued progress in achieving an end to extreme poverty, social protection and access to information should be considered as human rights and a central component of the post-2015 development agenda.

Charles Lwanga-Ntale is the Regional Director and Special Adviser for East & Central Africa at Development Initiatives. His work presently focuses on chronic poverty and vulnerability issues, effectiveness of development assistance, linking evidence to policy, and developing North-South partnerships. He has particular interest in working on African development. He previously worked as Head of Social Protection for Africa for Helpage International (2010-2011); Executive Director (and founder) of Development Research and Training (Uganda), and Coordinator of the Chronic Poverty Research Centre’s activities in Eastern Africa. He has conducted research on chronic poverty, aid effectiveness, and social protection; in addition he has had considerable involvement in institutional capacity building, project design, strategic planning, evaluation, and development of monitoring and evaluation systems. Specific themes of interest include HIV and AIDS, exclusion, disability, decentralization and chronic poverty.