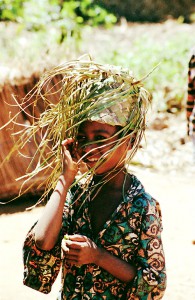 Social protection systems have played a key role in providing a social and economic buffer in time of crisis and have mitigated the negative social impacts resulting from an economic downturn. They have stabilized household incomes and aggregate demand, thereby contributing to economic recovery, employment and social cohesion. These experiences underscore that in time of crisis it is fundamental for countries to strengthen, rather than to shrink, social investments.

However, the increased pressures on public budgets have also limited the policy space for social protection, and have led to significant retrenchment in many countries, which in many cases negatively affect the realization of human rights.

The impact of austerity policies, which are usually implemented in times of economic and financial crises, has been the subject of controversial debates in academic and policy circles both in terms of their legitimacy and effectiveness (Mkandawire and Soludo 1998; Ostry et al. 2016). Particular concerns have been raised regarding the human rights implications of […]

In its general report of 2009, the Committee of Experts on the Application of Conventions and Recommendations (CEACR) observed that the global financial crisis was posing a real threat to the financial viability and sustainable development of social security systems and undermining the application of ILO social security standards. The CEACR reminded governments that, under […]

Recalling previous recommendations, the Committee observed that the austerity measures in conjunction with the continuous contractions of the economy, employment and public finances posed a threat to the viability of the Greek national social security system, resulting in the impoverishment of the population, thus undermining the application of all accepted parts of Social Security (Minimum […]

Summary: Latvian pensioners formed a petition and challenged the constitutionality of Latvia’s Law on State Pension and State Allowance Disbursement – commonly known as the ‘Disbursement Law’ – in the period from 2009 to 2012. The overall economy in Latvia was rapidly declining in 2009, and the Latvian Parliament, with advice from the International Monetary […]

The Secretariat has the honour to transmit to the Human Rights Council the report of the Special Rapporteur on extreme poverty and human rights, Philip Alston, prepared pursuant to Council resolution 35/19, focusing on the International Monetary Fund and its impact on social protection. Link to report (Arabic, Chinese, French, Russian, Spanish)

Women and the Cuts Toolkit: How to carry out a human rights and equality impact assessment of the spending cuts on women

This is a toolkit for trade unions, voluntary organisations, community groups and others who want to assess the human rights and equality impact of the spending cuts on women in their communities. Although the toolkit focuses on women and the cuts, much of the information it contains can be used to look at the impact […]

The Impact on Women of Recession and Austerity

This report looks at how women have fared through recession and austerity. It finds that while progress on some headline measures of gender equality has continued – the employment and pay gap have continued to narrow, for example – some women are facing new hardships and barriers to equality.

In the decade since the 2008 global economic crisis, fiscal austerity has become the new normal. In the name of fiscal discipline, governments in more than two-thirds of countries throughout the world have enacted drastic austerity measures like severe public expenditure cuts, regressive tax changes, and labor market and pension reforms, effectively disinvesting in human […]

One year into Brazil’s 20-year constitutional cap on public spending, the Center for Social and Economic Rights, the Instituto de Estudos Socioeconômicos (INESC) and Oxfam Brazil have presented new empirical findings to the Brazilian Congress that illustrate austerity’s already severe impact on basic social and economic rights in the areas of food security, health and […]

The Gendered Costs of Austerity: assessing the IMF’s role in budget cuts which threaten women’s rights

This briefing paper provides a brief assessment of the changing role of the International Monetary Fund (IMF or the Fund) with regards to one key fiscal consolidation measure: contractions in public expenditure. The briefing explores the Fund’s positive and negative influence over public expenditure decisions, and further explains how public spending cuts have an especially […]

The website makes the first comprehensive and transparent database of IMF-mandated policy reforms  freely available to interested researchers and civil society organizations. The database systematizes the 58,406 conditions applicable to IMF programmes over the 1980-2014 period. The data was extracted from countries’ loan agreements with the IMF. This resource enables nuanced explanations of the economic, social […]

Report on the effects of foreign debt and other related international financial obligations of States on the full enjoyment of all human rights, particularly economic, social and cultural rights (A/HRC/34/57), submitted by the Independent Expert on Foreign Debt and Human Rights

The present report is submitted by the Independent Expert on the effects of foreign debt on the enjoyment of all human rights, particularly economic, social and cultural rights, Juan Pablo Bohoslavsky, pursuant to Human Rights Council resolution 25/16. The report focuses on labour rights in the context of economic reform and austerity measures. In the […]

Do NOT follow this link or you will be banned from the site!