Transformative Approaches to Care Responsibilities: Overcoming Obstacles to the Meaningful Participation of Women 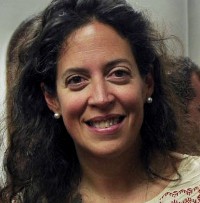 The World Bank (WB) has called economic participation—that is, participation in the labour force—smart economics. Not all forms of participation in public life are smart economics according to the WB, though. The Bank’s World Development Report (WDR) 2012 values women’s voice in society and their political participation for themselves—a welcome (albeit limited) departure from their typical functionalist approach to women’s issues. Moreover, the WDR 2012 acknowledges that the unequal division of care responsibilities between women and men “restricts women’s economic options and their access to social security (pp.217-223) as well as their opportunities to engage in political activism” (Razavi 2011). So are we saying the same thing? Would the difference be simply one of methods on how to overcome these restrictions, the WB suggesting market or community-based care service provision and we from more progressive quarters supporting free public universal provision?

Not only. One way to approach care in a transformative way is moving beyond seeing care responsibilities as an impediment to women’s participation, and start seeing them as a missing component of social protection, and as an opportunity for political participation.

Care as a dimension of deprivation

The definition of social protection as the “minimal level of income or consumption guaranteed by the state as a right for all citizens and residents” (UNRISD 2010) within a universalist approach adheres to a traditional conception of welfare as equivalent to a minimum level of consumption. The unpaid care work necessary to transform that income into consumption (groceries into meals, cleaning products into clean dwellings, time into cared-for children) is taken as given. However, it is possible that in some contexts, such care is neither provided within households (either because the care requirements are too high, there are not enough carers, or there is insufficient income to buy substitutes) nor covered by public care service provision. Care then becomes a dimension of deprivation in itself that goes missing in social protection programmes (Antonopoulos et al 2012).

Indeed, the (little) care provided by social protection programmes covers the care that is normatively assumed households cannot provide, either because it requires expert knowledge (health, education) or because it involves extreme dependence (for example, disability). Even focusing on dependent groups such as young children or the elderly, it is assumed that the families (and women in them) will provide the care required. The emergence of “new” care needs, like elderly care—once cared for by their families—or the “inability” of families to respond to AIDS patients’ care needs, shows the weakness of such assumption (Esquivel 2011).

Therefore, care provision can become an objective of social protection programmes, on distributive grounds. If that is the case, a pressing need is covered, with the additional advantage of providing employment opportunities for women, given existing gender norms (Antonopoulos 2007).

Unequal voices and attitudes to care

But for that to happen, families’ and women’s demands for care need be articulated in political terms, a challenge in highly unequal contexts. Possibly, profound differences in the provision and reception of care by different social strata account for the lack of a stronger bottom up voicing of care demands. Some groups—those relatively more vocal in shaping the public agenda—have no difficulty accessing care, hiring care services outside or within the home (in the form of paid domestic workers) in order to make care and paid work compatible for adult household members. The high levels of informality and wage inequality, coupled with the weak regulation of domestic service, and the unique conditions of paid workers in this sector (individualized relationship with the employing household, high turnover and low unionization) also make paid domestic work a “cheap” service for these families.

In parallel, in low-income groups, care continues to be seen as the responsibility of women, with men sometimes “helping” with activities they do not claim as their own. And “private” care—provided within households—might be preferable compared to poor quality care services. The fragmentation of quality and coverage of care services exacerbates income differences and might dilute a rights-based approach to access. Similarly, poverty reduction programmes which emphasize maternity as women’s main role women in poor households carry with them a maternalism for the poor approach that supports neither gender equality nor income redistribution. These types of institutional messages depoliticize demands for care services, which exist but are experienced as an individual problem.

A human rights-based approach to care, which recognizes the rights of care receivers and caregivers and frames care within a gender equality framework (Sepúlveda 2013) can help shape a transformative (and feminist) care agenda. One first step towards such an agenda is to enhance the participation of different political actors (in particular, women from different income strata) who are able to politicize care not as something naturally feminine, but as an essential dimension of equality and welfare.

Esquivel, Valeria. 2011. The Care Economy in Latin America: Putting care at the centre of the agenda. UNDP Regional Centre for Latin America and the Caribbean, Panama.

Valeria Esquivel was at the time of writing Associate Professor of Economics at the Universidad Nacional de General Sarmiento, and researcher at the National Research Council (CONICET), Argentina. She has published extensively on time-use methodologies, labour market regulations and income distribution. Her latest work focuses on the framing of the advocacy for time-use studies in the South, and on the care economy in Latin America. She has recently edited “La Economía Feminista desde América Latina: Una hoja de ruta sobre los debates actuales en la región” (Feminist Economics from Latin America. A Roadmap to Current Debates, GEM-LAC/ ONU MUJERES, Santo Domingo, 2012) and is the author of “Care in Households and Communities. Background Paper on Conceptual Issues”, OXFAM (Oxford, 2013). She graduated with honours from Universidad de Buenos Aires, and earned an MSc in Economics and a PhD in Economics from the University of London.
Valeria is now Research Coordinator on Gender and Development at UNRISD.