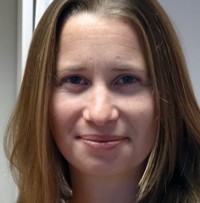 In the wake of the International Labour Organization’s adoption of Recommendation 202 in June 2012, the Global Coalition for Social Protection Floors was created. But that was not the start of the unique network of today more than 80 NGOs and trade unions of which 16 form the Coalition’s Core Team from all parts of the world committed to join forces for one single goal: to achieve social protection for everyone.

Only a few weeks before the delegates of the 101st International Labour Conference (ILC) would adopt the “Recommendation concerning National Floors of Social Protection”, sixteen NGOs were invited to a workshop by the Geneva office of the Friedrich-Ebert-Stiftung (FES) to discuss the ongoing process at the ILO. The participants represented not only NGOs working on labour issues but also those from the field of human rights. This connection is still today a valuable strength of the Global Coalition. One of the participants suggested writing a joint NGO statement calling for a strong Recommendation. No sooner said than done: the statement was written, signed by 60 NGOs and successfully lobbied for by various NGOs during the ILC. After this success, everybody involved in the process wanted to maintain this momentum. The NGOs decided to continue working together in the field of social protection. And thus the idea of creating the Global Coalition for Social Protection Floors arose.

How to achieve social protection for everyone?

The answer to this question is as complex as social protection systems are. One thing is certain: Without keeping up the pressure on different policy levels and in different policy areas, international agreements can easily be forgotten. Thus, the aim of the Coalition is to use the characteristics of its own structure in the most powerful way and to keep the pressure high in multiple ways. The Coalition aims to put the social protection floor (SPF) again and again onto the agenda of international policy makers; not only at the ILO but also at human rights institutions. The Coalition focuses not only on single institutions but tries to push for SPF in more thematically driven discussions such as debates on the post-2015 development agenda. The Coalition is not satisfied with written achievements on the international level, although they are highly important: It wants visible achievements on the ground. The Coalition will keep an eye on the implementation in countries.

Precise data on social protection floors is a precondition for monitoring their effectiveness, though data collection and processing remain difficult especially in developing countries. Therefore, some members of the Coalition are currently working on a SPF-Index to identify weaknesses of existing social security systems. This information will be used to lobby governments and relevant international organizations to undertake reforms accordingly.

In addition, the Coalition is planning to support SPF implementation processes in selected countries through advocacy and training on social security systems. In early 2015 a guide will be published by FES to support NGOs who would like to start or deepen their engagement in the field of social protection floors.

Why is the Coalition targeting SPF in multiple ways?

It would of course be easier to focus on only one organization instead. on the ILO for example. In doing so, the Coalition would continue what has become a day-to-day reality in policy and politics: fragmentation of responsibilities. Coordination between different ministries does not happen automatically and does not function without a certain amount of competitiveness. This leads to a lack of coordination even in a (literally) small city like Geneva where, for example, in the Permanent Missions to the UN a person covering the ILO will not necessarily collaborate closely with her colleague covering the Human Rights Council. It is less a matter of willingness. Their priority is to report back to either the ministry of social affairs or to the foreign ministry back in the capital city of the country they represent. In capitals, a topic which has high priority in Geneva or elsewhere might be lower down the scale of priorities as other topics are classified as more relevant for persons based there. Keeping up the pressure on the domestic level is indispensable and will have to be done by non-state actors.

Social protection floors are intended to realize both social and human rights. People are rather indifferent to who is in charge of what. It is more important that things get done. Things will be done if many decision makers—as many as possible—are reminded of the implementation of social protection floors; again and again.

The Coalition has a ‘watch dog’ function in two ways: a) internationally to achieve a coherent policy for human rights-based social security and b) domestically to monitor the implementation of SPFs.

Why should NGOs and trade unions join forces?

In the universe of the ILO, trade unions and NGOs do not traditionally work very closely together. The relationship has definitively improved, though it is not a natural friendship for various reasons. Further, it is in fact not so easy for NGOs to be recognized by the ILO. NGOs which have official consultative status with the UN’s ECOSOC body are not automatically recognized by the ILO.

In the area of human rights, NGOs are more active than trade unions. This is not to say that trade unions do not care about human rights. It is simply that for trade unions which focus on the international level, the ILO is their first priority.

NGOs and trade unions have been fighting for social protection for many years in different sectors, in different countries, and in different fora on the international level. Trade unions have members, NGOs do not. Both certainly have networks and contacts combined with a high level of expertise which is of utmost importance for keeping the pressure up on decision makers. In the work of the Coalition, the mixture of trade union representatives and NGO experts is ideal in order to target different groups, in different areas and on different levels. Again and again.

Yvonne Theemann is the programme officer for trade and development, social and employment policy at the Geneva office of the Friedrich-Ebert-Stiftung (FES) and has been a member of the Global Coalition for Social Protection Floors since its creation. She is a political scientist who also studied economics and public law.