Sustainable Development Goals and the Case for a Developmental Welfare State 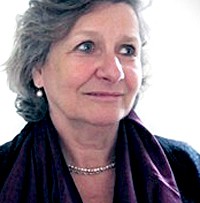 Debates around a new development agenda that is to build on, but broaden, the Millennium Development Goals (MDGs) are shifting into higher gear. The Open Working Group (OWG)—a group of more than 30 countries convened by the Rio Conference on Sustainable Development—recently presented its outcome document on sustainable development goals (SDGs) (OWG 2014).

The 17 Sustainable Development Goals (SDGs) of the Open Working Group’s Report can perhaps be divided into three types. One set of goals builds on, and marginally enhances, the MDGs. They address poverty; hunger and food security; health; education; gender equality and empowerment; and access to water and sanitation. Social protection is situated here, as one of many policies. A second set is oriented to the economy and the environment, and redresses one of the main shortcomings of the MDGs—it brings in the role of the productive sector, and merges it with the challenge of sustainability. Relevant SDGs here include the goals on economic growth and decent work; access to energy; infrastructure, industrialization and innovation; safe cities and human settlements; climate change; oceans, seas and marine resources; and terrestrial ecosystems and biodiversity.

A third set of goals is of a normative nature and their presence marks a significant advance over the MDGs. These are the SDGs which address the challenges of inequality within and among countries; the need to introduce sustainable consumption and production patterns; and the case of peaceful and inclusive societies, access to justice for all, and effective, accountable and inclusive institutions at all levels.

It is good that the SDG document acknowledges the nexus between the political, the economic, the social and the environmental aspects of human development and social justice. But big holes remain. The main one is that the SDGs are not conceptualized as rights-based. Women’s, children’s and the rights of all structurally disadvantaged groups need to be positioned as non-negotiable. Decent work needs to become the central point of the entire agenda, linked to labour rights. A firm case needs to be made for universalizing social protection. Decent work and social protection need to be brought together as coherent and coordinated policies, as opposed to stand-alone, fragmented measures, and global value chains need to incorporate decent work and social protection as principles in order for the next development agenda to stand a chance of becoming progressive.

The role of the state—The missing dimension

But that is not enough. This is because the SDG text is silent regarding a fundamental issue without which none of the goals, however well-designed, can ever come to fruition. Just like the MDGs, the SDGs are state-blind. There is much attention to the role of civil society and the business sector, and to good governance in the sense of better procedures, but the role of the state so far has not featured explicitly in the negotiations. It accordingly makes no appearance in the SDG draft. Yet a functioning, responsive, accountable, and properly resourced state (UNRISD 2010) is a precondition for delivering the SDG goals and targets (Statement 2013; Koehler, Pogge and Sengupta 2014). It is the institution that is needed to guarantee labour rights and standards, and it is where universal social protection finds its funding, via reliable and redistributive tax systems.

The concept of a welfare state that was prevalent in the 1960s until perhaps the 1980s was a normative one. It implied a commitment to human rights, democracy and social justice, as well as more concretely to delivering welfare – or to use a more modern term: well-being – to its citizens (Esping Andersen 1990; Lippl 2008). It encompassed a theory of public goods (Musgrave and Musgrave 1973), understood as goods and services that need to be delivered, or at least guaranteed, by the state:

Another way of conceptually framing public goods is to see them as civil and political rights and economic, social and cultural rights.

But it was a notion of the state that—inadvertently—endorsed a patronizing state: Citizens had at best a superficial say in the design and provision of public goods. In many instances, the state became beholden to interest groups, or even openly corrupt. In due course, the neo-liberal agenda that emerged in the 1990s was very successful in disparaging the role of the state and dislodging it from many of its classical functions. In both high- and low-income countries, neo-liberalism displaced the ethos of public goods and argued for downsizing the state, while austerity politics attacked government budgets. In many high-income countries, well-established social protection provisions were downgraded, and hitherto formal employment became casualized. The welfare state approach of the 1960s and 1970s was eroded and undermined.

The developmental state was another model, en vogue mainly in lower income countries in the 1980s and 1990s (Kwon 2005; Kwon 2007; Wehr et al 2012). It was not so concerned with citizens’ welfare and public goods. Instead, it emphasized the economic role of the state, its responsibility to create an industrial base and a competitive economy, primarily in response to the interests of private capital in their respective countries, not in response to right to employment and decent work. The developmental state was often part of the drive of newly independent countries to assert themselves, politically as nation states and economically as world market players. Human rights were ignored, or even trampled.

So, in discussing the role of the state for the future development agenda, it is important to stress non-negotiable principles: fundamental human rights, citizens’ voice and participatory decision-making power, and freedom of information. The case would be for a developmental welfare state, which enables and empowers individual citizens and their representations—parliaments, civil society organizations, as well as trade unions and representations of the informal and care economies—to shape decisions. It is a state that ensures “welfare” in the sense of human development through a set of progressive economic and social policies. In this approach, access to public goods is a right, and ideally becomes justiciable (Langford 2008).1  developmental welfare state also takes on a proactive role in economic development which is a prerequisite to achieving and financing many of the other rights – notably decent work and social protection (Mkandawire and Yi 2014; Koehler 2014 a and b; Muchhala 2014).

The case for a developmental welfare state

The case for a developmental welfare state Beyond these basic principles, an operational understanding of a such a state could include at least seven developmental welfare state functions, where the service or provision considered needs to be a public good, a citizen’s right, universally and equitably accessible, and financed from tax revenue. A non-exhaustive, basic list of functions might include:

In run up to the discussions of a new development agenda, civil society has already illustrated what a convergence of rights, gender, economic and social justice and sustainable development principles could look like.2 Development theorists are calling for a “state that enhances capacity”, calling it a developmental welfare state for the twenty-first century (Evans 2014). At the level of governments, the G77 and China have recognized “that the State has an essential role to play to ensure that basic services are accessible to all and to address the unequal and discriminatory distribution of and access to them” (G77 and China 2014, article 58). All of these considerations could tie in with the current three types of goals of the SDGs—and move on to transcend them, by bringing them under the umbrella of a rights-based developmental welfare state.

Evans, P. 2014. “The Korean Experience and the Twenty-First-Century Transition to a Capability-Enhancing Developmental State” in Learning from the South Korean developmental success, edited by Ilcheong Yi and Thandika Mkandawire, 31-53. Geneva: UNRISD and KOICA.

Köhler, G. 2014b. Is There an »Asian Welfare State Model«? East and South Asian Trajectories and Approaches to the Welfare State. Berlin: Friedrich Ebert Stiftung. FES Regional Office for Regional Cooperation in Asia.

Gabriele Köhler is a development economist based in Munich, and at time of writing Visiting Fellow with UNRISD in Geneva. She is a Board Member of Women in Europe for a Common Future (WECF), of the German UN Association (DGVN) and an elected member of the UNICEF NatCom Germany. From 1983-2010, she was as an economist with UN-ESCAP, Bangkok; UNCTAD, Geneva; and UNICEF South Asia, Kathmandu. She served as UN Resident Coordinator and UNDP Resident Representative in Latvia prior to the country’s accession to the EU. She publishes and advises on issues of development and on social policy. Her recent co-edited volume Development and Welfare Policy in South Asia analyses the role of the state in six Asian countries.